The 35th head football coach in West Virginia University history was officially introduced earlier this week. Before he even stepped to the podium on Thursday morning Neal Brown had won the approval of Mountaineer nation.
His performance on Thursday sent that approval rating through the roof. Brown’s hire has been lauded both locally and nationally.
The former head coach at Troy had gone 31-8 over the past three seasons. His name had been mentioned prominently for multiple jobs over 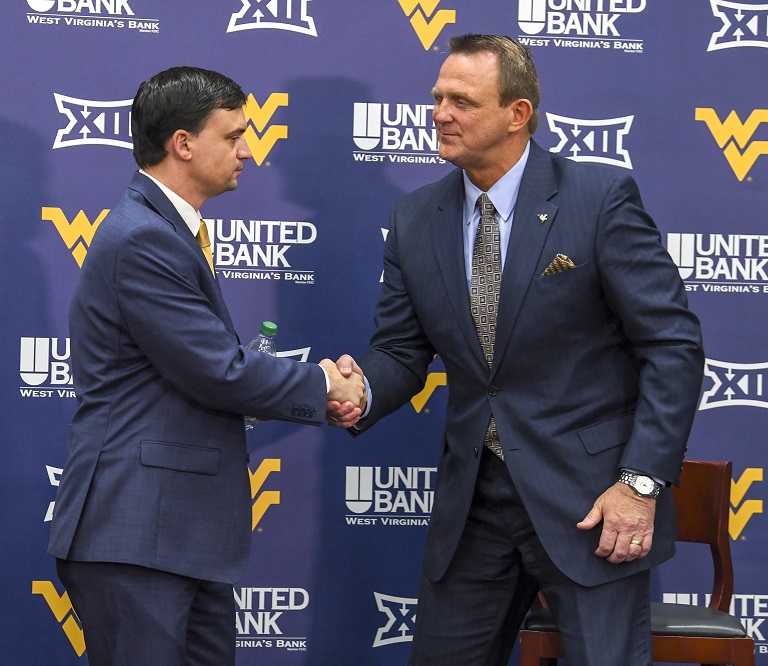 the last couple of years.
On Thursday, he stepped on the stage to address Mountaineer fans for the first time.In my opinion, he nailed it.
There was a lot to like, but a couple of things really stood out to me.
Brown hit the big stuff ... the core values he has for the football program were clear, concise and easy to understand. What Neal Brown believes in and is trying to accomplish was crystal clear. It was obvious he had run a program before and was going to be able to take what he had done at Troy from a management standpoint, pick it up and move it to Morgantown.
He nailed the “small stuff” as well. Keep in mind, the “small stuff” is only “small stuff” when you get it right. Do so and people think “Ok, he gets it. He’s one of us.” Mess it up and it jumps out like a flashing billboard in the middle of the night.
Brown properly referred to the “flying WV.” It may surprise you how many mess that up. He talked about the gold and blue (yes, the order of the words matter). He added how he wants players with blue collar mentalities to match the state. 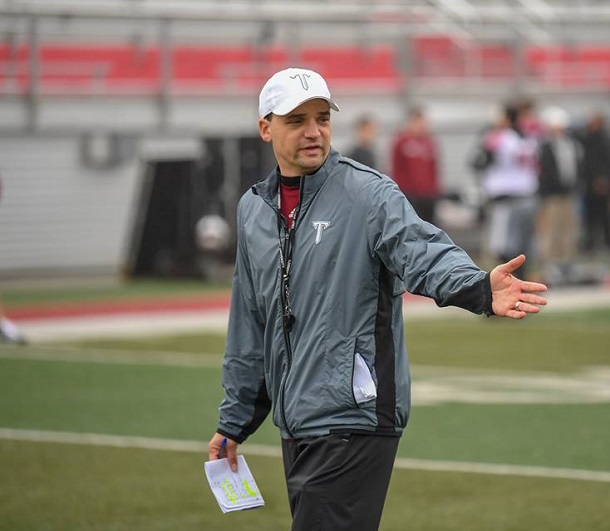 His attention to the details surrounding the WVU program (and the state) showed me he cares. He cares about this program and he cares about fitting into the fabric of the state and university.
Brown also struck another cord when he talked about how important former players were to the program, even mentioning some of the greats by name. Yes, he inadvertently tied two of the all-time great quarterbacks together by referring to Pat White as Pat Harris, but even that mis-step was cleared up with a twitter exchange with White later Thursday evening.
He was prepared, but not robotic. He was in control of the room, but relatable. He came off as a genuine with a love for his family and for his job.
My favorite quote of the day came when Brown proclaimed: "I don't want to be miserable. We're coaching football here." He then went on to reference Clemson's Dabo Swinney, who Brown said looks like he's having more fun than any coach on the planet right now. As someone who spent nearly two decades working in college athletic departments, with and around multiple Hall of Fame coaches, this was a refreshing approach.
It was a home run of a press conference for a program that was badly in need of one.
Brown’s hire serves as an important milestone for WVU. At no time since the messy departure of Rich Rodriguez, has the entire WVU football fan base been on the same page.
They appear to be now.
Ultimately Neal Brown will be judged on wins and losses. Every coach is.
However, at least until the ball is kicked off against James Madison on August 31, WVU will enjoy an extended honeymoon with its new head football coach.
Editor's Note: Top photo showing Neal Brown, left, with WVU AD Shane Lyons courtesy of WVU Sports Communications; photo by Dale Sparks. Bottom photo shows Brown during his time at Troy; photo from Troy Athletics Facebook page.