By Connect-Bridgeport Staff on November 21, 2019

Former Bridgeport High School standout and West Virginia Wesleyan Sophomore Safety John Merica has received First Team football honors from the Mountain East Conference for the first time in his career.
Anyone who attended a Wesleyan Football game this year should be familiar with Merica, he was the #20 that covered the entire field on defense. Coming down from the safety position, Merica finished the season with 70 solo tackles. That total is good for the third most in the 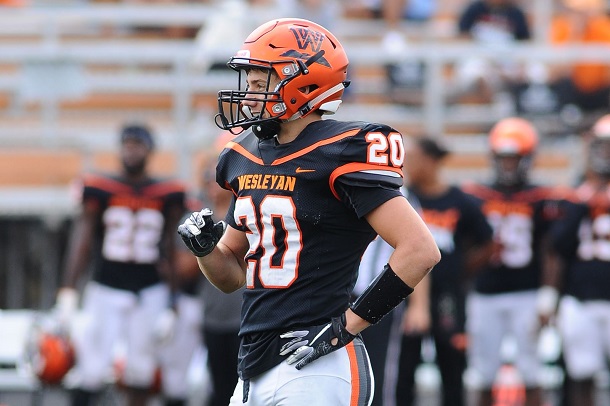 entire NCAA, and the second most in the Mountain East Conference.
The sophomore from Bridgeport collected double-digit tackles in five separate games in 2019. He started off the season strong with 16 total tackles, 10 solo, in the opening game against Urbana. Merica then showed that he could hang with the best, putting up the same tackle totals against Division I Davidson the next week. He also recovered a fumble in that contest.
His most impactful game of the season may have come against West Liberty on November 9, when he recovered a fumble and made two interceptions, one of which he returned for a late touchdown to take the lead. Merica was often the best defensive player on either side when the Bobcats took the field this season, and the Mountain East Conference honored him accordingly. His 2019 season was an impressive showing from a sophomore, and Bobcats fans should be excited for two more seasons of #20.
Here is the entire team, as well as the individual award winners.
Editor's Note: Photo courtesy of West Virginia Wesleyan's Web site.