Editor's Note: This story ran on March 2 of this year. It features BHS alumna Rachel Williams Chevalier and cutting edge research she is currently doing. Williams as many remember was a standout student-athlete while at Bridgeport and she's continuing to make her mark well past her high school days. This is one of several flashback stories on Connect-Bridgeport in recognition of Labor Day.
When Rachel Williams Chevalier had yet to reach her teens, she was already eyeing the future and had a concept of where she might be headed. Long before she ever reached high school, her mother Linda Williams said her daughter had a simple question for mom.
“She looked at me and said ‘what can I do with a microscope?’ Considering what she’s doing, I think she figured it out,” Rachel’s mother said.
Indeed she has figured it out. The former Rachel Williams, a 2003 graduate of Bridgeport High School, is definitely putting that microscope to good work. And that good work could benefit children suffering from an under-the-radar and somewhat rare disease 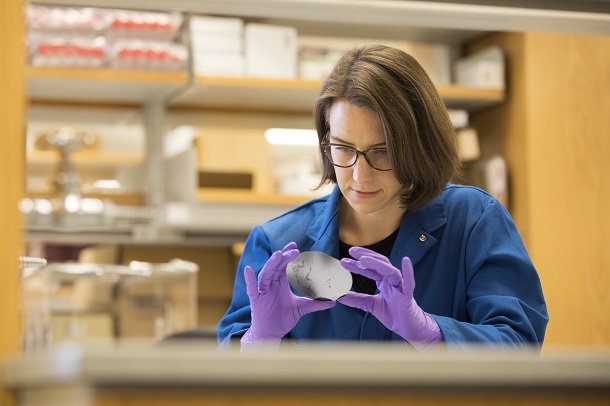 growing in numbers without a good way to treat it known as eosinophilic esophagitis (EoE)
Enter Rachel Williams Chevalier, MD, a pediatric gastroenterologist at Children’s Mercy Hospital in Kansas City. Chevalier is using her skills as a doctor – honed at some of the highest and most prestigious educational and medical institutions in the country – to find ways to better treat the disease. The good news is she’s making progress by heading efforts of delving into new methods of treatment to the esophagus.
The feel good news about it is that the seed to do the work was planted likely before that conversation as a 12-year-old here in Bridgeport. Chevalier remembers the talk with her mother in her hometown.
“Growing up you want to help the world and help people. There’s a vague vision of how to do that and you learn things as you get older in 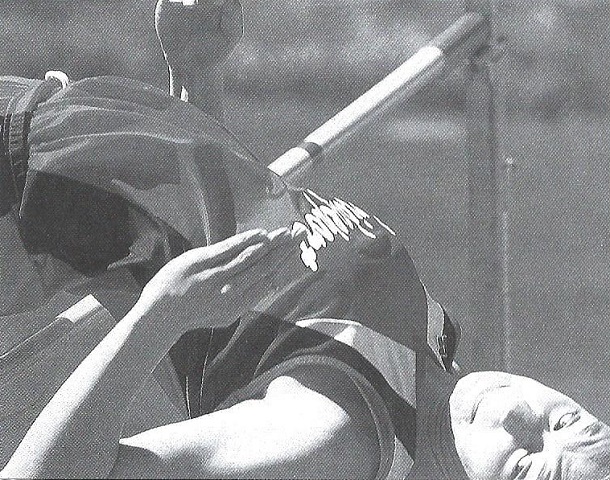 school and realize you may be able to help in some way,” said Chevalier. “That microscope conversation was a real conversation and I remember wondering how I was going to do something with a microscope to help people. I feel like I’m doing that now.”
A lot of how she’s gotten to this point goes back to her days as a superior student at Bridgeport High School. It was there the idea of researching really picked up even if her chosen career path wasn’t in view.
“I knew I wanted to be a researcher in high school, but the idea of practicing medicine came later from personal experience,” said Chevalier. “When I got into college I met people that embodied what I thought my future would look like; a path I guess you would say to emulate.”
The path never would have developed if not for her being one of the top students in recent Bridgeport High School history. A school that has produced more than a fair share of top quality graduates would likely have Williams included on any list of historic academic achievers. 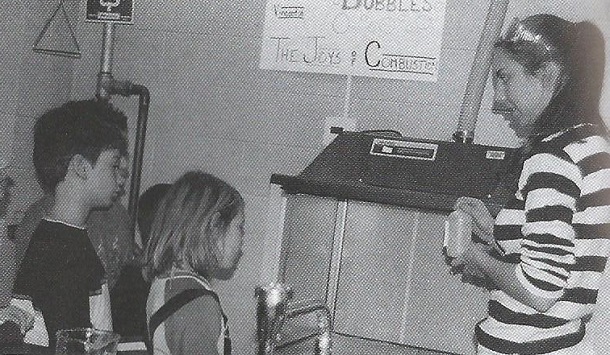 Saying Williams was an outstanding student wasn’t hyperbole. After leaving Bridgeport, she attended Massachusetts Institute of Technology (MIT), one of the most highly regarded schools in the country and earned a chemical and biological engineering degree in 2007.
From there, she headed back to the Mountain State. By 2011, she had earned the title “MD” after her name by graduating from medical school at West Virginia University and just to make sure the MIT thing wasn’t a fluke, she completed her residency at the Mayo Clinic in pediatrics.
After that, her journey focused on her fellowship. That was handled at the University of California San Francisco Benioff Children’s Hospital. The final leg of the journey – to date – where she is officially a pediatric gastroenterologist has her at Children’s Mercy where 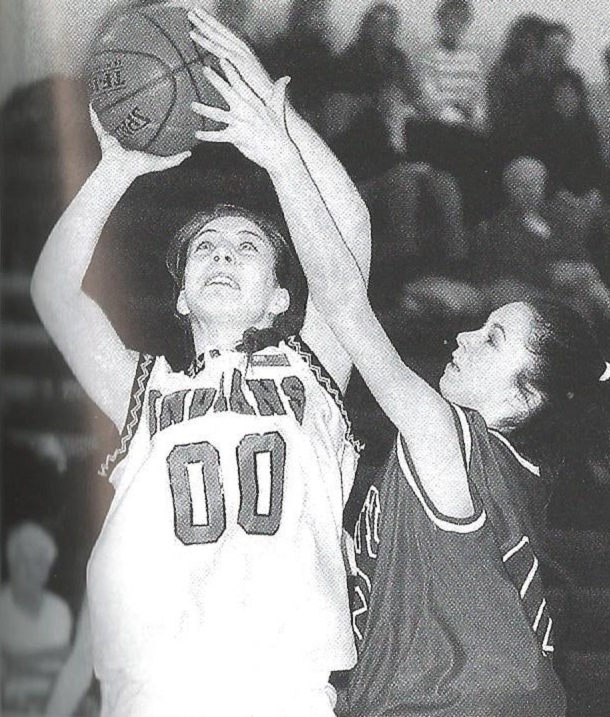 she is not only doing research, but has a faculty job and sees patients as well.
The 34-year-old is married to Kevin Chevalier. They have two boys, John, 5; and Sam, 2.
So how did she learn what she needed to know and grasp the discipline to successfully wear so many hats? Again, it goes back to Bridgeport High School.
“There are so many people, so many teachers that contributed that it would be tough to single anyone out,” said Chevalier. “Any science class I took, even if I didn’t like it, helped. The classes required work and discipline, which is how I always remember Bridgeport High School being with classes.”
Yet it was away from the classroom where Chevalier said she picked up some of the most important lessons. The multi-sport standout said those lessons have proved to be extremely valuable.
“I was good at academics so where I learned the real discipline required to do the research that I’m doing I built from my high school sports,” she said. “(Girls basketball) Coach (Dave) Marshall was big about picking a goal and finding a way to get there.
“With track, I had Coach (Jon) Griffith and (former) Coach (Jim) Dawson who both taught me things in different ways,” Chevalier continued. “Coach Griffith was the one you watched who was organized and on top of things and Coach Dawson was the coach that let you go full throttle and keep tabs from a distance. I pulled something from all of them.”
What she learned at BHS could help make the lives of children battling EoE better. Currently, treatment options for a disease created by an allergic response are limited and not very effective. Because of that, children suffer with reflux, food getting stuck in the throat, difficulty 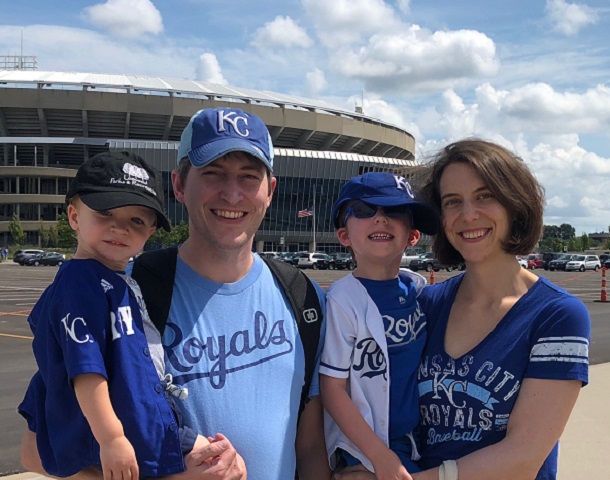 swallowing, nausea and vomiting and all those issue can result in poor growth and weight loss. Often, the symptoms result in children in the hospital.
“I work to make the delivery of the drug better to target the esophagus,” said Chevalier. “The medications, including the anti-inflammatory, you have to swallow. That’s a problem in itself for many and it works on top of the tissue.”
Chevalier said to get the medicine to work better it’s often mixed with Splenda and water to make it thicker. The hope is to make the mixture stick to the esophagus to help the medicine work or even to allow some to take the medicine easier.
“The mixture is actually kind of gross and it’s difficult to get a little kid to drink it,” said Chevalier. “Even if the medicine is taken perfectly it doesn’t always work.”
The other solution is to remove food groups for the diet of a child because the allergic reaction could be coming from any number of foods.
“We start kids on a six-food elimination diet and cut out dairy, nuts, seafood, wheat, soy and eggs. Some of the things, like soy, are in 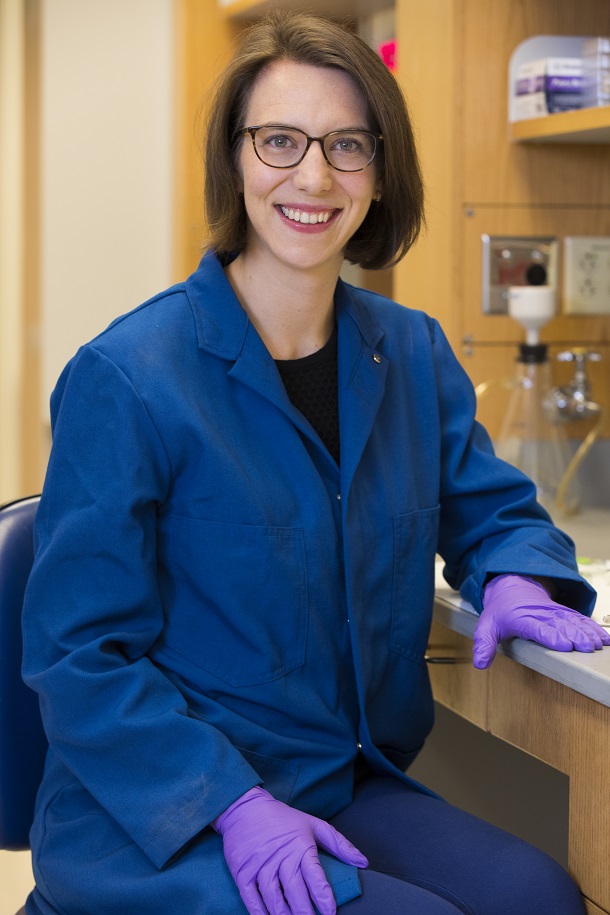 everything,” said Chevalier. “It’s an extensive treatment and not a great one for a child already having trouble gaining weight and you tell them here’s 100 items you can’t eat. As you go through it you have a lot of trial and error as to what may be causing the problems.”
“The treatment options aren’t awesome,” she continued. “What I’m trying to do is take some of the things that work and make them better.”
The reason for the lack of good treatment options stems from the aforementioned rarity of the disease, even with cases increasing. On top of that, Chevalier said it’s on the new end of the disease spectrum. That hasn’t hampered Williams’ efforts to find the best way to get the medicine into the patient as easy as possible and treat the area impacted.
“I’m trying to develop from the ground up something to target the esophagus and get the medication where the disease is located,” said Chevalier.
Using geometry and other methods her education has provided, Chevalier is working with known polymers that stick to the gastrointestinal tissue. Although she’s not there, she’s seeing early progress.
“We are using stuff in other medications that is inherently sticky and make it into a shape to fight against the forces you have in the esophagus. The forces are pretty basic, like gravity and spit going down your throat,” she said. “Your esophagus isn’t designed to hold things, but rather to get items through as quickly as possible.
“So far it’s like most things in science. We’re having our ups and downs,” Chevalier continued. “The good news is we’re moving forward.”
Right now, the research is funded through Chevaliers startup budget and by the hospital. That could change as she has a federal grant out that has been favorably reviewed.
“I hope to hear back by the end of March,” she said. “Those funds could make a big difference in where this is going.”
As for Chevalier, she’ll be going home to West Virginia this summer. She said with her brothers also no longer in the Mountain State and partially because of that and her own responsibilities she doesn’t get back to Bridgeport too often.
“It’s still home. It’s where this began,” she said.
All with a question about a microscope that could eventually prove to be a breakthrough for children suffering worldwide.
Editor's Note: Top and bottom photos of Rachel Williams Chevalier show her in her research setting at Children's Mercy Kansas City. Those photos are courtesy of Children's Mercy. The second through fourth photos are of Chevalier during her time as a student at Bridgeport High School including clearing 5 feet in the high jump, working with students during BHS's annual Chemistry Day and powering up for a basket for Dave Marshall's Indians. The pictures are from the Ki-Cu-Wa Yearbook and are courtesy of the BHS Journalism Department. The fifth picture is of Chevalier with her husband and children and is courtesy of Rachel Chevalier.