By Connect-Bridgeport Staff on September 26, 2019

West Virginia’s only Shakespeare troupe will embark on its final tour of 2019 in October.
Vintage Theatre Company’s Founding Producer and Artistic Director Jason A. Young cordially invites audiences to attend a performance of The Rustic Mechanicals’ Abuse of Greatness Tour of William Shakespeare’s Julius Caesar.
A fierce general. A skilled orator. A savvy politician. This is Julius Caesar, one of the world’s greatest leaders and ruler of the Roman Empire. His ascent to power is filled with sacrifice, murder, and betrayal. With the beautiful Cleopatra on one arm and a sword in the other, Caesar seized control of a vast territory, winning legions of followers, making enemies, and creating history, before falling at the hands of Brutus, his most trusted ally. Shakespeare’s epic political tragedy is an ageless story unlike anything we’ve ever seen before. Julius 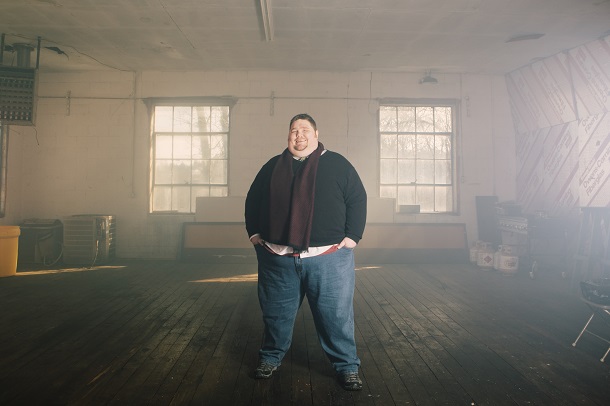 Caesar: a remarkable man who became an unforgettable legend.
“Julius Caesar was the icon of his time,” said Young. “Our production is sleek, sexy, and full of dynamic performances and Shakespeare’s incredible rhetoric. It’s a political thriller.”
The Rustic Mechanicals, co-founded by Young and Celi Oliveto, is the state’s only professional Shakespeare troupe. Touring three shows annually, this production marks the conclusion of the troupe’s sixth season and the sixteenth show from Shakespeare’s cannon that the troupe has toured statewide.
Audiences will have their first opportunity to see the show on Thursday, October 10, 2019, at 7:30 p.m. at The VTC Cabaret inside the Uptown Event Center in downtown Clarksburg, West Virginia. This is a Pay-What-You-Will Preview. Audience members are encouraged to decide what they can pay to enjoy the show and support the troupe.
“The majority of the performances on this tour will be educational, in front of high school students across the state,” said Young. “This means we have limited public performances. Our fans will only have six opportunities—including the preview—to see the show.”
The first stop on the tour will bring the troupe to the Indie on Main in Keyser, West Virginia on Saturday, October 12, 2019. Curtain time is 8:00 p.m. Tickets are $12 for adults, $7 for students and seniors, and super seniors (over 79 years old) will be admitted for free.
One week later, on October 19, 2019, the troupe will find themselves at the Arts Center in Elkins, West Virginia. Curtain time is 8:00 p.m. Tickets are $10 for adults and $5 for students.
From Elkins the troupe will head back to Mountaineer Country for a late Sunday afternoon matinee at the Monongalia Arts Center on High 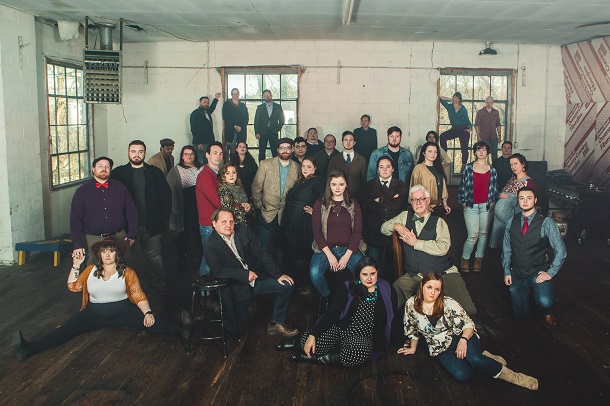 Street in Morgantown, West Virginia. Curtain time is 4:00 p.m., and all tickets are $15.
The final week of the Abuse of Greatness Tour will see the Mechanicals play the Alban Arts Center in St. Albans, West Virginia at 8:00 p.m. on Saturday, October 27, 2019, before returning to The VTC Cabaret in Clarksburg, West Virginia on Sunday for a closing night Shakespeareance dinner theatre event.
“We started our season this year with a Shakespeareance dinner theatre event as the opening of Measure for Measure, and it was very well received,” said Young. “We think doing it again at the close of the season is a nice way to bookend what has truly been an incredible 2019 campaign.”
On Sunday, October 27, 2019, fifty lucky audience members will be treated to a gourmet dinner catered by Mike Costello and Amy Dawson of Lost Creek Farms, a pre-show Q&A with members of the creative team, a live performance of Julius Caesar, and a post-show dessert reception with the troupe.
Dinner will begin at 5:30 p.m., with curtain at 7:00 p.m., and the reception immediately following the show. Tickets are $50.00, and reservations can be made via EventBrite or by emailing VintageTheatreCo@gmail.com. Reservations are required for this event, and there are only 50 tickets available. The menu will be announced soon on The Rustic Mechanicals Facebook page.
The Rustic Mechanicals, now in their sixth season, have grown from a troupe of seven actors to this year boasting a roster of nearly fifty West Virginia artists.
Josh Brooks leads a cast of veteran Mechanicals in the history’s title role.
“Bringing to life one of history’s most complex and influential men through the beauty and power of Shakespeare’s lens has been extremely challenging,” said Brooks. “But it has also been extremely fun and rewarding, especially surrounded by such talented and passionate West Virginia professionals.”
Audiences will also see Kayla Hudimac as Brutus, Cassandra Noel Hackbart as Cassius and Volumnius, and Daniel Crowley as Mark Antony. Samantha Huffman and Steve McElroy play conspirators Casca and Cinna respectively while Huffman doubles as Titinius, Dardanus, and a Plebian; and McElroy will also appear as Clitus, a Carpenter, and a Soldier. James Matthews will be appearing as Metellus Cimber and Octavius Caesar with Kyle Stemple appearing as the Soothsayer, Lucius, and Pindarus. Rounding out the cast is Sarah Young as Calphurnia, a Plebian, and a Solider and Sarah Smith as Portia, Messala, and a Plebian.
Julius Caesar is directed by Jason A. Young alongside Associate Director Dylan Morrison Myers, with Fight Direction by Millie Omps, and with Technical Direction by David Byard, Costume Design by Jason Noland, Hair & Make-Up Designer Samantha Huffman, Lighting Designer Dennis Wemm, Dramaturgy by John Shirley, and Production Management by Sarah Young. The production is also assisted by Vocal Coach Bridget Rue Esterhuizen and Movement Coach Thomas Schoffler.
“It has been a very different kind of season for me,” said Young. “This is the only tour that I am directing this year because I had the pleasure of acting in our first two shows. It has been nice to be back on the other side of the table working on this rhetorically rich text.”
For more information about the Abuse of Greatness Tour of William Shakespeare’s Julius Caesar, email VintageTheatreCo@gmail.com or call 1-855-VTC-8588.
“Touring Shakespeare is a 400-year-old-tradition,” said Young. “These troupe members understand the nobility of the work and the heritage that they are a part of. I fully expect this tour to be a labor of love for us all.”
Editor's Note: Top photo shows Jason Young, while the entire troupe is shown below.