Time Travel: Aerial View of Bridgeport High School from the 1960s and a Visit to a Shinnston Undertaker 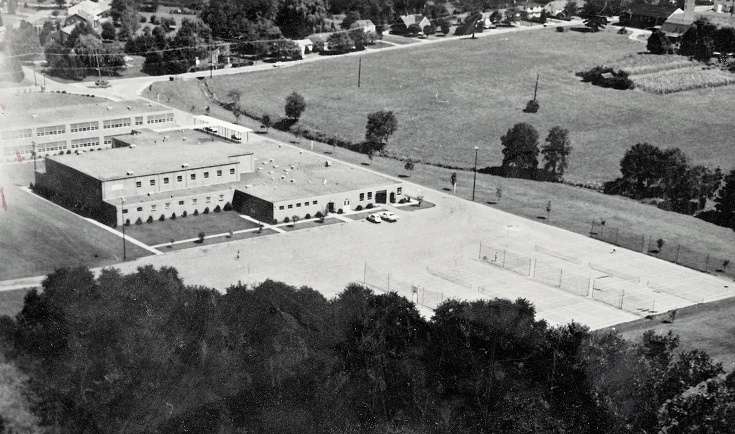 This is a photo from above of Bridgeport High School in the late 1960s. While much looks familiar, there are plenty of noticeable differences starting with the tennis courts in the back that today is the home of a large student parking lot. To the left is the Steele property, which today is the parcel of land where Bridgeport Middle School sits. 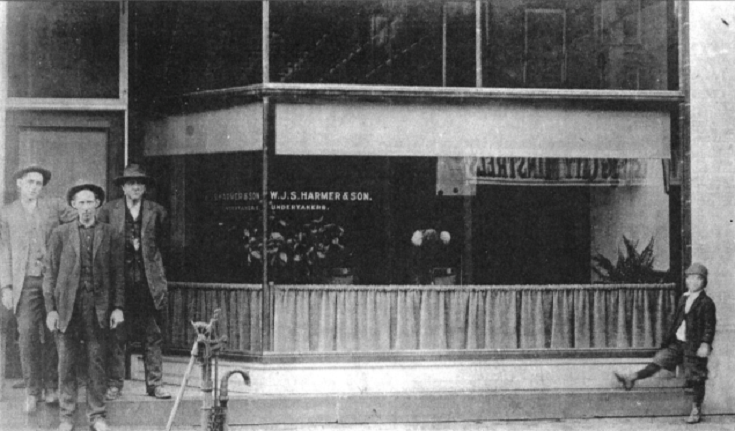 This photo is believed to be from around 1914 to 1915 and is showing the W.J.S. Harmer & Son Undertakers. The business was located in Shinnston on Pike Street. The three men to the left and the younster to the right are not identified.
Editor's Note: This ongoing photo feature of pictures from Bridgeport and throughout the Mountain State is part of local historian Richard "Dick" Duez's collection. Duez, the unofficial historian of Bridgeport, would appreciate any scanned photos emailed to him for use here or to include in his ongoing efforts to preserve local history. You can email photos, or let him know how to acquire copies of photos you may have in your possession, to Duez at dick.do@frontier.com.