The Bridgeport Police Department have arrested another individual after he allegedly traveled to the city looking to have sex with an underage female, according to Bridgeport Police Chief John Walker.
The incident happened last week. As a result, 27-year-old Charles Phillips of Enterprise is now facing a felony. The charge is for soliciting a minor via computer. 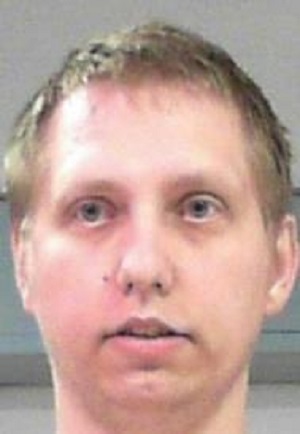 “As a department, we’re extremely pleased that we were able to make this arrest,” said Walker. “You can just the number of folks trying to take advantage of young kids. This is a serious crime and it’s one you have to be dedicated to because it takes a lot of work.”
Most of the work is done by Lt. Detective Gary Weaver and his staff that works under the Internet Crimes against Children (ICAC) unit. Weaver has led dozens of investigations that have resulted in dozens of arrests and convictions as well.
In this particular case, Phillips allegedly put an advertisement on social media that read “15 f bport whats up.” A response was made an that led to an email conversation allegedly Phillips and who he believed was a 15-year-old girl.
The police allege Phillips asked the person he thought was a 15-year-old to skip school. The date of that was Sept. 5. Phillips allegedly had exchanges that were lewd, including a picture and asked for the female he believed to be talking with to do the same.
Eventually, the police set a time for Phillips to meet up with the individual he had been corresponding with on the computer. When Phillips arrived at the designation spot discussed, he was pulled over by Bridgeport Police and taken into custody.
“He was arrested without incident,” said Walker.
He allegedly admitted to wanting to have sex with the 15-year-old. He was sent to the North Central Regional Jail on $20,000 bond. Phillips was still incarcerated as of 2 p.m. Monday.
Editor's Note: Photo of Charles Phillips from the North Central Regional Jail Web site.