By Connect-Bridgeport Staff on September 10, 2019 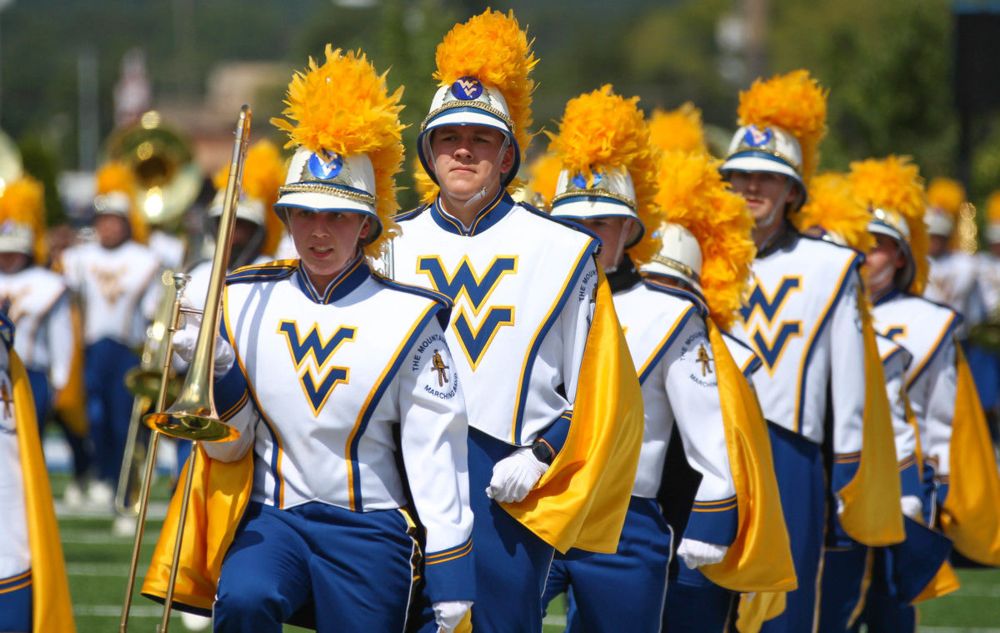 Editor’s Note: Five Bridgeport High School alumnae are currently part of the West Virginia University Marching Band. Graduates of the BHS Class of 2018 Emily Ogden plays clarinet and Alisha Pinti and Madewa Adeniyi are both drumline members. 2017 BHS graduate Julia Johnson is a member of the WVU Color Guard.
SUBMITTED BY WVU TODAY:
Alumni and fans who enjoy performances of the West Virginia University Mountaineer Marching Band have the opportunity to help it travel across the state this fall for performances in Wheeling and Charleston.
Donations are now being accepted to the Pride Travel Fund, established by the WVU Foundation, to help reduce travel costs for the “Pride of West Virginia.”
“The band is proud to serve as ambassadors of the university and is humbled by the support it receives while on the road, particularly from communities across the state,” said Stephen Lytle, now beginning his second year as director of the Pride. “My first performance with the band was last year in Princeton when nearly 10,000 packed the high school stadium in the middle of a hot day to see our students perform. What an honor and blessing! Your support helps us continue these outreaches where even a short trip can cost $13,000 with busing and meal costs.”
In the past, this fund has helped the band travel to many locations including football games at Auburn, LSU and Oklahoma, as well as other performances including the 2016 Macy’s Thanksgiving Day Parade in New York City.
"Being in the marching band has allowed me the chance to give back to my state that has given me so much,” said Annie Petitto, a WVU senior who plays clarinet. “It is an opportunity to show others who we are and what we are all about ?— hard work and dedication — and to spread love to every individual possible. West Virginia is a place where everyone loves their neighbor and I feel performing with the Pride of WV captures that very well.”
Make a gift to this year’s Pride Travel Fund, or call the WVU Foundation at 304.284.4000.