A Little Know-Howe: Horns Down? When it Comes to Personnel, Texas Facing WVU with Depleted Roster

West Virginia returns to action this week following the bye week and to quote the late, great Bill Stewart: “I picked ya a good one.”
Here comes the Texas Longhorns.
The third winningest college football program arrives in Morgantown with high expectations for its 2019 season. The Longhorns won 10 games in 2018, made an appearance in the Big 12 championship game and beat Georgia in the Sugar Bowl. 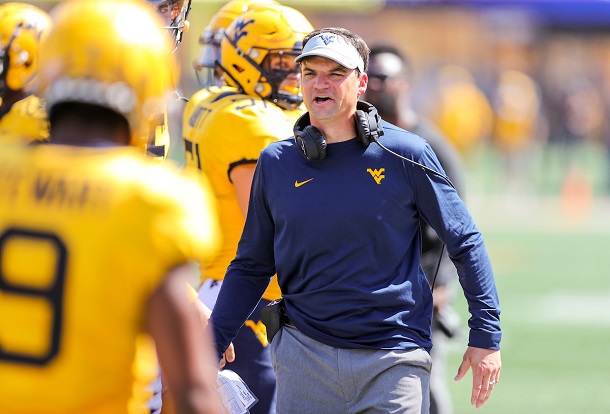 Texas returns the Big 12 preseason offensive player of the year in quarterback Sam Ehlinger. Ehlinger was fantastic in the thriller in Austin last year against the Mountaineers. He threw for 354 yards and three touchdowns while running for 52 yards and another score. Were it not for the memorable two point conversion by WVU, Ehlinger would be remembered as the star of that instant classic game.
Expectations are high for this Longhorn team, but it enters today’s game beset with injuries. Look at this list of players for Texas: Starting safety Caden Stearns: out; safety Josh Thompson: out; cornerback Jalen Green: out; safety BJ Foster: questionable; safety DeMarvion Overshown: questionable.
Add in the season-ending injury to linebacker Marcus Tillman and you can see the area WVU will need to exploit in order to get a win. 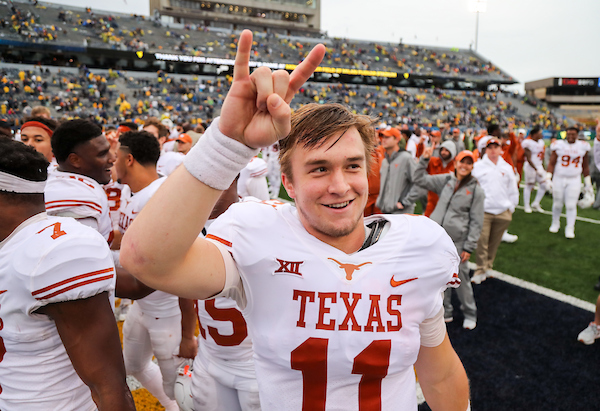 These injuries come on the heels of previously suffered losses at running back and receiver.
The depth was such an issue at running back, Roschon Johnson moved from quarterback to try and provide some relief. Senior wide receiver Collin Johnson has missed the last two games with a hamstring injury. Word out of Austin is that they expect Johnson to play today.But, don’t feel sorry for the Horns. With Ehlinger calling the shots and receiver Devin Duvarnay, Texas still provides quite a formidable opponent for WVU today.
In fact, speaking of formidable opponents, have you looked ahead at the month of October for WVU? Texas today followed by Iowa State, Oklahoma and Baylor to close out the month on Halloween.
WVU will be underdogs in each of those games against teams that could very well finish first through fourth in the Big 12 this season. If West Virginia is going to pull the upset today, it will need some help. Situationally, it may have gotten just that. 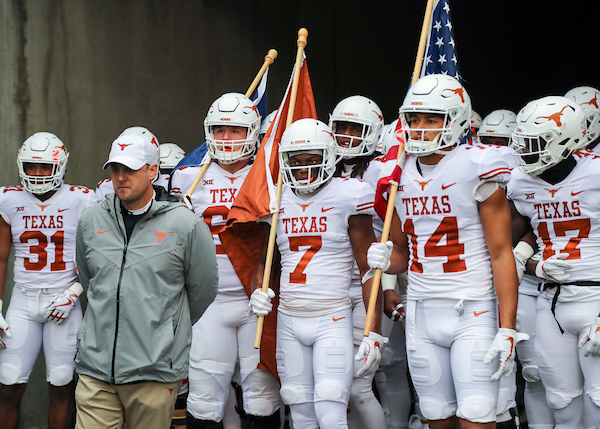 Start with getting a less than 100 percent Texas team due to the injuries mentioned above. Add in getting the Longhorns at home for a 3:30 pm start on homecoming and a stripe the stadium promotional game.
Crowd energy at the start of this will be a big plus for WVU and could be a difference maker late if West Virginia keeps it close down the stretch. It's doubtful the veteran Sam Ehlinger will be rattled by the environment. But, how will other, less experienced Longhorns react?
Keep in mind, Texas will be playing a game outside the state of Texas for the first time this season (and one of only two outside of the state's borders this season). Texas has not handled this kind of spot well in the past. The Longhorns are 0-5 in the last five road openers.
West Virginia is also getting Texas in a potential look ahead spot. On deck for the Horns: their annual rivalry game with Oklahoma at the 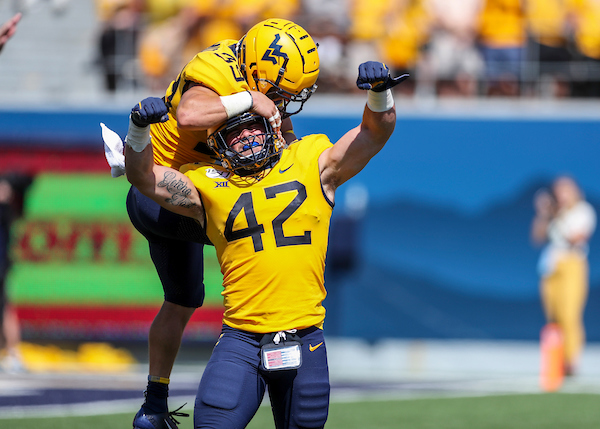 Cotton Bowl in Dallas.
Good situations don’t guarantee wins of course. West Virginia will have to go out and find a way to produce some offense, if it hopes to pull off the upset today.
It will be hard to match the drama this game gave us last year in Austin. That was an all-timer. But, history says we should see a competitive game today. WVU leads the series since joining the Big 12 with four wins and three losses. Three of those games have been decided by four points or less.
Enjoy the game.
NOTE: For more on the Texas - WVU game, I invite you to listen in to our nine and a half hours of gameday coverage on the Metronews Radio Network. I will be joined by Hoppy Kercheval, Greg Hunter, Kyle Wiggs, Dave Weekley, former Mountaineer quarterback, Rasheed Marshall and former WVU defensive coordinator Steve Dunlap.
You can listen to our coverage beginning at noon on radio stations throughout the state or by streaming live at: WVMertronews.com.
Editor's Note: Top photo shows Neal Brown during this year's NC State game, while Sam Ehlinger is shown after Texas' 2017 win in Morgantown. In the third photo, the Longhorns get ready to come out on to Mountaineer Field in 2107. Below, Logan Thimons celebrates a blocked punt with Bridgeport's Dante Bonamico jumping on top in the bottom photo. Photos by Ben Queen of www.benqueenphotography.com.