By Connect-Bridgeport Staff on September 07, 2019 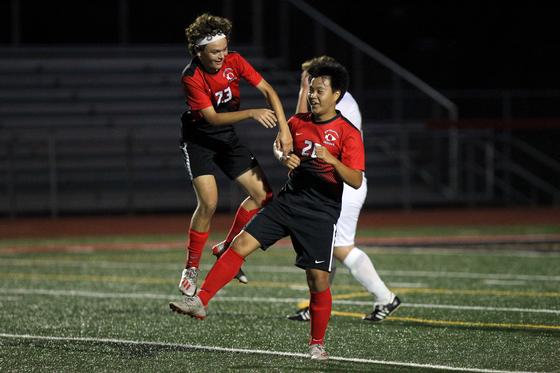 After starting the season with a slim loss, the Indian soccer team has had a streak of wins, led by the Tribe’s Mac Madden.
On Aug. 23, BHS took on local rival Fairmont Senior at East-West Stadium, losing 1-0. The Tribe had several scoring opportunities, but didn’t deliver – at least that night.
On Aug. 27 the Indians took a 4-0 victory at Wayne Jamison Field over the Notre Dame Fighting Irish. Madden scored the first pair of goals after which Pat Reneau scored on an assist by Clay Fiest and Fiest scored the final goal of the game.
The victory margin widened when BHS beat Parkersburg South 7-0 on Sat., Aug. 31. Madden scored, followed by Brock Amos, then Kyle McCarthy scored on an assist by Reneau, bringing the score to 3-0. Paul 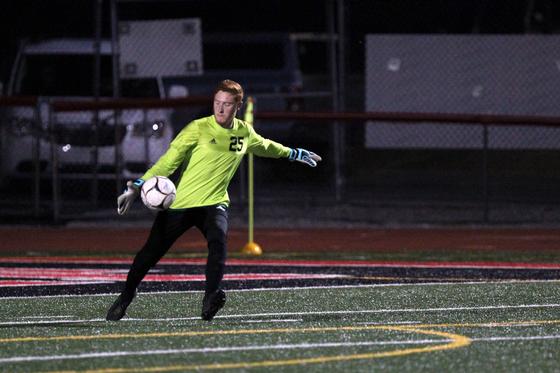 Hong scored with an assist by Ezra Myers, then Hong returned the favor, assisting Fiest on the Indians’ fifth goal. Madden completed his hat trick by scoring the final two goals of the game.
The Indians took another victory on Sept. 3 over the scoreless Grafton Bearcats. Most of the action came late in the game, Hong starting the scoring. Isaiah Williams and Madden both scored, bringing the score 3-0 after which Tyler Norman and Josh Jackson delivered for the final 5-0 score.
On Thurs., Sept. 5, the Tribe hosted Fairmont Senior as the Polar Bears won 2-1. Indians' keeper Phillip Malenich - who all season has been doing a good job of defending the Tribe’s net - had what Coach Keith Dumas called a phenomenal penalty kick save early in the game. It was freshman Julian Orlando who scored the only goal for Bridgeport, delivering in the final minute of the contest. Orlando was assisted by Clay Fiest. 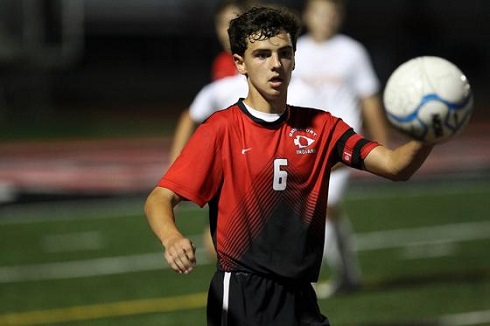 The Indians stand 3-2  on the season. The Tribe is back in action Tues., Sept. 10 as they take on Robert C. Byrd at the Eagles’ field in Clarksburg. Game time is 6 p.m.
Editor's Note: Photos by Ben Queen Photography.