From the Bench: In a Program Filled with History, See what John Cole did That's Never been Accomplished

By Jeff Toquinto on December 08, 2019 from Sports Blog

When you’re heading a program that’s not had a losing season for 51 years, won nine state championships and has been to the post season consecutively for more than a quarter of a century, it’s hard to do something that hasn’t been done before.

Third-year Bridgeport High School football Coach John Cole, however, has managed to turn the trick. In the Indians’ long and storied football program that features coaches like Wayne Jamison and Bruce Carey, Cole managed to do something none

of them has been able to do.

When the Tribe managed to beat Lewis County in the opening round of the Class AA playoffs this year, Cole’s team stood at 10-1. The record itself isn’t surprising. After all, the history of Bridgeport football is littered with teams that have won 10 or more games.

Here’s what was unique about what Cole pulled off.

At no time during the Indians history has a coach managed to win 10 or more games in their first three seasons as head coach. Pretty impressive feat for the long-time assistant whose first season involved with coaching the program goes back to the name most synonymous with success and Indians football – the late Wayne Jamison.

For those who know Cole, it’s not surprising he deflected praise for the accomplishment. And he did so immediately.

“Being able to do that that doesn’t have a lot to do with me. Am I happy about it? I am, but I’m happy for our school, our 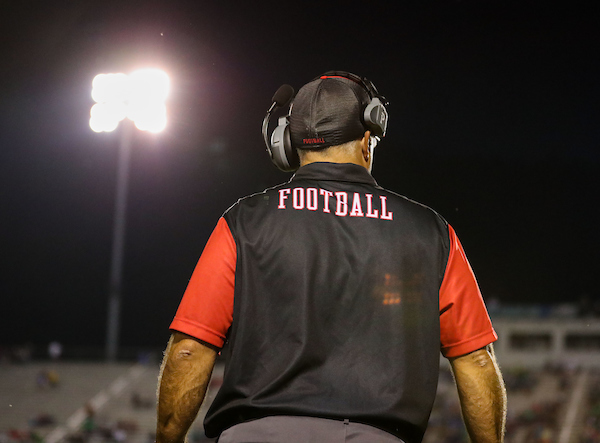 community and our program. It’s something, the winning part, the kids have become accustomed to and want to do see continue”

Cole said winning is so entrenched that no class wants to be the one to break the aforementioned streaks. Because of that, they do what’s necessary to preserve it.

“None of the coaches here can do anything like we’ve done here without the kids committing themselves to hard offseason work and hard during the season,” said Cole. “I’m happy for our players because they have been rewarded for their effort.”

When pressed about the record, Cole again went in another direction. This time, he praised the staff he works with daily to have a team that contends annually for state titles.

“All the coaches have jobs to do and all of the coaches do their jobs,” said Cole. “I think that’s one thing a lot of people have overlooked over the years. We have similar philosophies as to what we’re doing, and you have to believe in what we’re doing. All of the staff carry the same beliefs and that helps tremendously.” 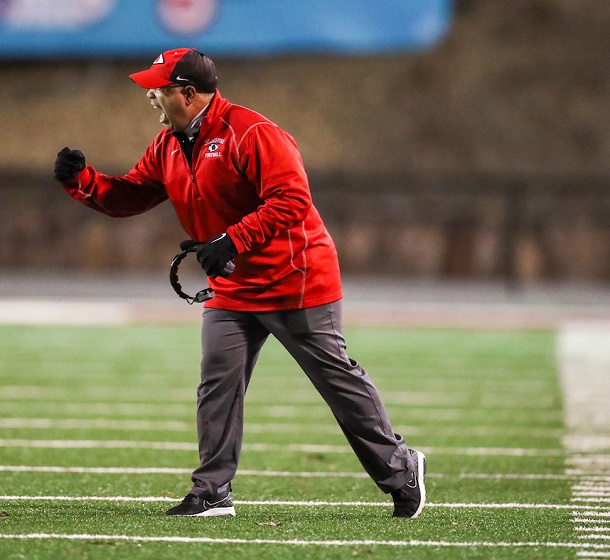 Cole said his staff isn’t just filled with similar philosophies. It’s also filled with something else that helps to get the most out of one another and, most important, the players they coach.

Cole, however, was adamant that getting to double digit wins is never the goal. He said that every coach that’s ever manned the sideline at Bridgeport and any other school has two very specific goals to meet each year.

And that brought Cole to his final place to offer praise beyond himself.

“We’re lucky to have the support system we have with the families and the community,” said Cole. “That’s where it starts. That’s why I’ve had success and that’s why others before me have had success.  I have a very small part in this.”

While I don’t usually disagree with John Cole, I’ll have to this time. He’s the one that ties it all together. John Cole is the one who has laid the groundwork for a program that continues to chug along and will continue to chug along next year in Class AAA as well.

Small part? No. A much bigger part yes. And as much as you don’t want to hear it, congratulations on taking all the pieces you’ve mentioned and doing something no coach in BHS history has ever managed to accomplish.

I'm fortunate to have known John Cole for more than 40 years. He clearly coaches with passion and also humility—a quality only the best leaders possess. This article beautifully sums up the type of human being he always has been. So proud of you, Johnny!!