ToquiNotes: Recalling Fondly the Toys of My Youth

By Jeff Toquinto on December 14, 2019 from ToquiNotes

Forgive me for waxing nostalgic in a pre-Christmas Christmas blog. But I have a hard time not thinking back to when I was a kid every single time I've been out shopping, looked at a catalogue, online advertising, newspaper inserts and anything else in that genre during this most recent holiday season. 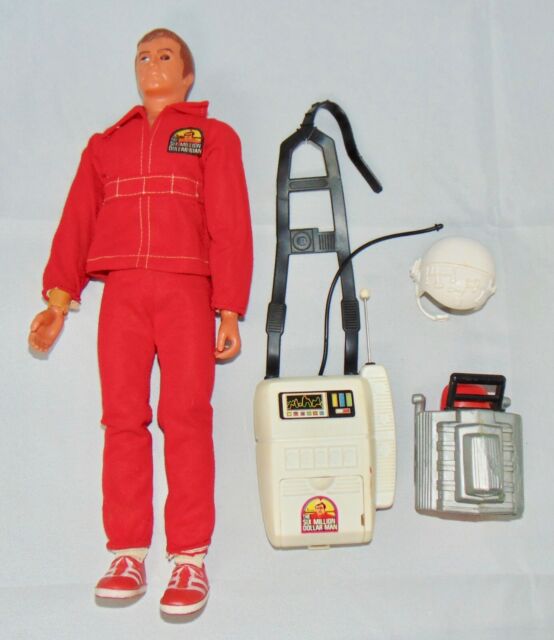 Kids today have so many choices that I can't imagine how any child can just pick a handful of gifts they want under the tree from their parents or even Santa. And let's be honest, a lot of the toys kids will be getting for Christmas are far from what I would consider a toy. A lot of it is simply high-tech games and gadgets that I can't figure out and easily reach triple figures in the price range.
Times have changed.
During the big toy years of my youth, there was one thing I wanted every single Christmas, and that was an action figure. You remember them, don't you? Well, they still exist today, but the action figure is more of a stocking stuffer or a secondary gift as opposed to next generation Playstation 5 (or whatever number it's on now) or some other device I’m certain I couldn’t figure out.
For me, nothing made me happier than the action figure. It could be a superhero out of a comic book or some other small hand-held doll that my friends and me could use in some sort of imaginary battle.
I had a bevy of them. My favorite ones were all part of a collection known as "Big Jim" and his friends. Big Jim was a small doll that was part of the Mattel collection. When you moved his arms, it made his muscles bulge. Pretty cutting-edge stuff for the 1970s. On top of that, Big Jim wasn't alone. He had friends, or as they say today, a posse or crew.
Part of the posse/crew consisted of my all-time favorite action figure - Dr. Steel. Dr. Steel probably wouldn't make it to the shelves today 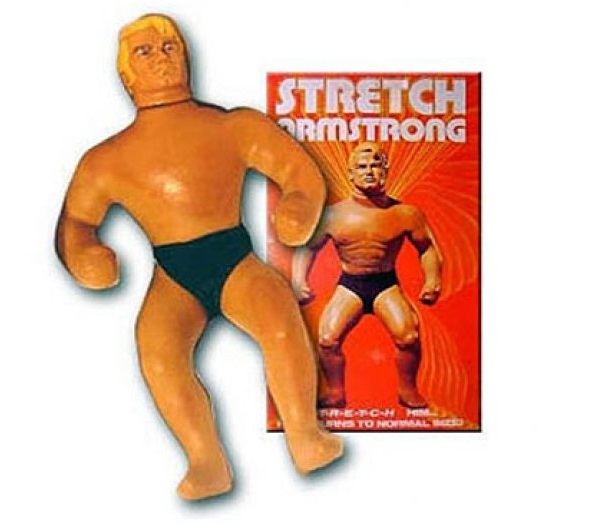 because someone would consider him to be a bit politically incorrect.
The good doctor was a bald man who had a bit of an oriental or southeast Asian look to him. He also had a big dragon tattoo on his chest and a silver hand. When you flexed his arm, his muscles would also ripple and when you pressed a button on the back of him, his silver hand would do a chop.
How cool was that?
The best thing was that you could co-mingle guys from the Big Jim collection to dolls in the G.I. Joe group. I also mixed in some of my others, including some of the D.C. Comic book heroes such as Aqua Man and Batman.
I had two other 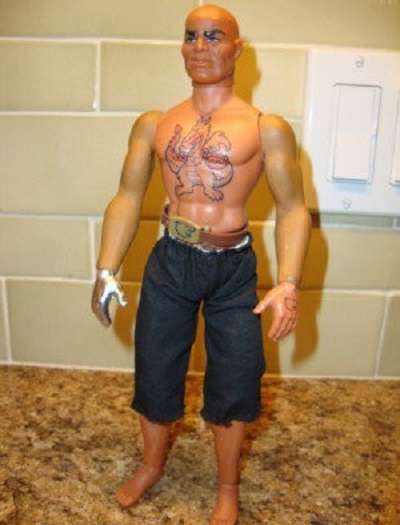 action figures that I would put in my favorite category. There was my Col. Steve Austin action figure, which was one of the first to come with an optional accessory. Col. Steve Austin, for those not old enough to remember of for those who aren't from my generation, was the Bionic Man, or from the TV series The Six Million Dollar Man. I not only had the good colonel - whose bionic eye feature was simply a hole you could look through in the back of his head - but I had Austin's rocket ship that he crashed in that eventually led to him becoming bionic.
Often, when pairing up my action figures for battle, I joined Col. Austin with one of the most creative action figures of my youth - Kenner's Stretch Armstrong. Good old Stretch was a rubber, blond-haired figure that wore nothing but a pair of briefs. As his name suggested, you could pull and pull on Stretch in a million directions and when you were done pulling, he would go back into his regular shape.
Stretch Armstrong does have one thing over all my other action figures. To this day, I can remember his demise. While the other action figures may have been given away, broke or simply thrown into the basement, Mr. Armstrong sprung a bit of a leak. It seems his skin wore out as he aged, and mom and dad didn't think having an action figure oozing its insides was a good thing.
That was a sad day 40-plus years ago. Today, though, it's cause for me to smile. And it makes me wonder if we didn't have it better then as opposed to the kids and all their gadgets today.
Editor's Note: Top photo shows the Col. Steve Austin Bionic Man doll, while Stretch Armstrong is shown in the mddle. Below is Dr. Steel from the G.I. Joe collection.