As the North Central West Virginia Airport appears headed for another record year of passengers, those involved with the numbers going up aren’t taking anything for granted. By this time next year, officials at the airport are hoping a new daily flight will be added.
NCWV Airport Director Rick Rock told members of the Benedum Airport Authority Monday that efforts will soon be made to add an additional daily flight to Washington D.C.’s Dulles International Airport. 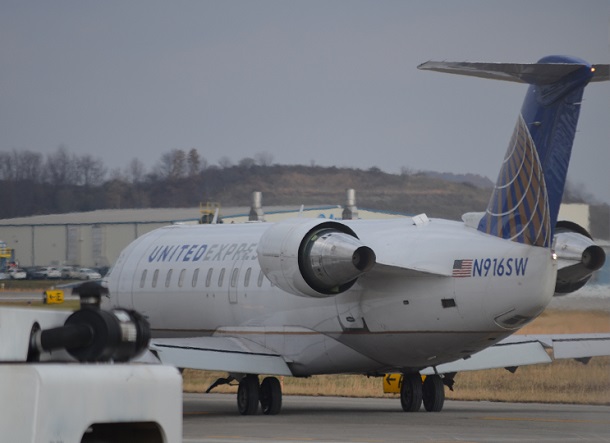 “We’re hoping to meet with some people from the (Department of Defense) and people that have business in D.C. on a regular basis,” said Rock. “That’s one of the things we’re trying to pursue just add that third flight (daily).”
Rock said when meetings are held, he plans to have data to back up that a third flight will make sense. He said everything suggested will be “data driven” and that he believes once all the data is available it will be positive.
“If the numbers show it makes sense and the traffic is there to sustain a third daily flight (two to Washington and one to Chicago from Bridgeport), then it’s an easier argument to make,” said Rock. “We feel confident going from Parkersburg and Preston County and all points in between we’ll have those numbers.”
Along with getting an additional flight out of Bridgeport to Washington, Rock said discussions have begun with Orlando Sanford International 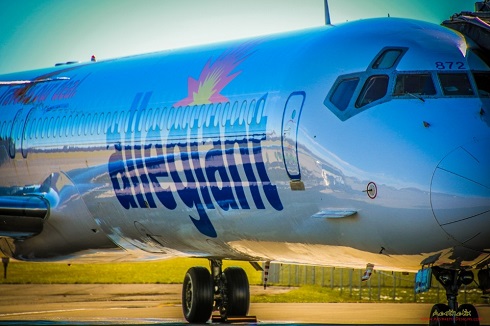 Airport, where Bridgeport’s destination flight with Allegiant is currently going, about finding a way to get individuals from Orlando to come to Bridgeport and visit this city and all parts of North Central West Virginia and beyond.
“We met this week with Orlando Sanford Airport this week discussing ways to send people their way this way,” said Rock. “This is a good opportunity for all the counties in the area to have a concerted effort to promote West Virginia and bring people here."
Rock said the idea would be promote the state’s outdoor tourism that’s available, particularly in the summer months. He added that during discussions, which have included Greater Bridgeport Convention & Visitors Bureau Executive Director Cassie Busdeker, the Orlando officials were excited.
“We’re putting together a team. To have CVB directors from other cities and counties would be great,” said Rock. “It really promotes our state, which we know is a great place to go.”
Editor's Note: Top photo shows a United Express jet leaving Wednesday from Bridgeport, while the bottom photo is of a file shot of an Allegiant flight loading passengers.

There are numerous people who love going to Disney World, including myself, that would really like this service instead of driving all of the way to Pittsburgh. The big drawback is transportation from the airport to the Disney Resorts. If you could work something out with Disney’s Magical Express or something similar that would be fantastic!