For the first time since April, there was a drop in passenger numbers at the North Central West Virginia Airport. The month of August saw the airport have just 3,018 passengers utilizing their daily flight service and the destination service with Allegiant.
The drop, however, was not unexpected. With Allegiant flights to Myrtle Beach ending in mid-August as well as flights to Orlando, officials knew that would be the case. 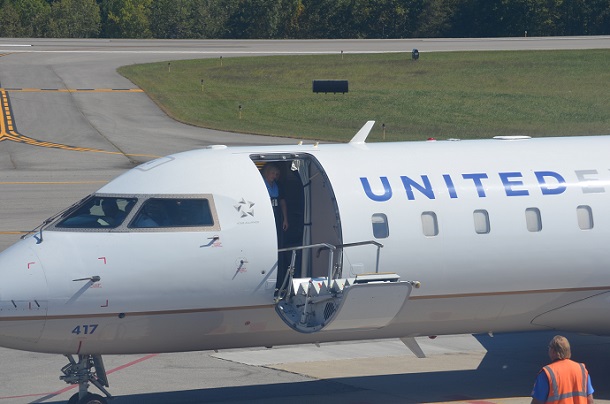 The airport saw 1,208 passengers on Allegiant in August, which was down sharply from the 4,010 passengers in July. Even the daily service had a little plunge from the prior month as the United Express flight saw 1,810 passengers compared to 2,097 in July. That drop stopped a streak of monthly increases dating back to March.
Even with that, the numbers at the NCWV Airport are still up sharply from a year ago when it posted one of the best years perhaps in history. Thought the first eight months of the year, the airport had 29,584 enplanements and that has it well on pace to easily surpass last year’s record number of 38,296.
“We’re still seeing a 16 percent increase (roughly 4,700 passengers) from the same time period a year ago,” Rock recently to members of the Benedum Airport Authority, the airport’s governing body. “We lost about 539 enplanements because of the shortened Myrtle Beach schedule.” 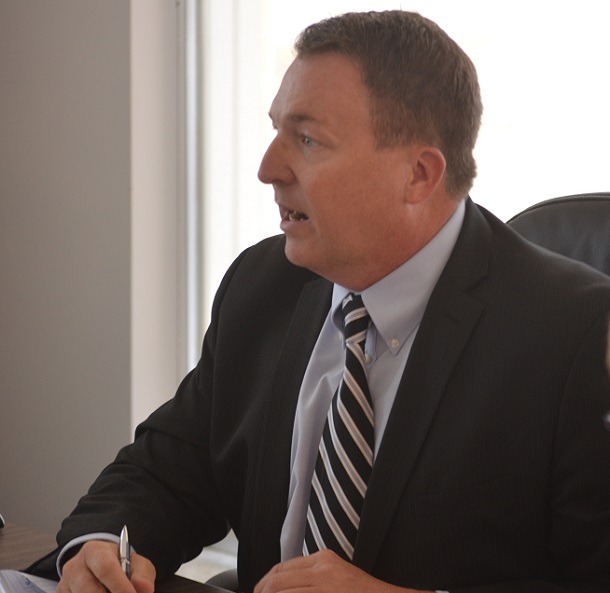 This year, Myrtle Beach ended earlier as 2018 saw flights go into September. However, there were three weekly flights in 2019 as opposed to just two a year ago. Orlando, which regularly shuts down for a period of a month to two months each year, also stopped flights in August.
“The good news is that the flights to Orlando resume the first week of October,” said Rock. “It’s successful because we have a good partner in Allegiant and a community that supports it.
“I can tell you when I go to the Allegiant conference (in October) I’ll be pitching to make the Orlando flight go throughout the year as I always do,” Rock continued. “Our key performance indicators, which has been solid since we started, are better than the last time I made the pitch and that’s a positive. We’ll see what happens soon.”
Rock added that there is no assurance that the Myrtle Beach flights will resume in 2020. However, he’s not remotely betting against it.
“There’s no assurances, but by the results and as a businessperson I feel pretty confident since it is a proven winner for all people involved,” said Rock. “Unless something drastically changes, I think at a minimum you’ll see the same summer schedule as the one we just had.”
Rock said the numbers from September aren’t yet calculated, but he’s certain they won’t be like the June and July numbers as the entire month is part of the 45-day break in flights from Allegiant.
“They’re still going to be solid,” said Rock. “The daily flight service with United is still solid and we have started our charter flights with WVU and the Big 12. We expected the drop we had last month, but we’re still on solid ground and the capacity for growth remains.”
Editor's Note: Top photo shows a recent United Express flight leaving the NCWV Airport, while Airport Director Rick Rock makes a point at the September meeting of the Authority.