Looking for Some Halloween Big Screen Terror? If so, Robinson Grand has Four Items of Interest for You

By Connect-Bridgeport Staff on September 07, 2022 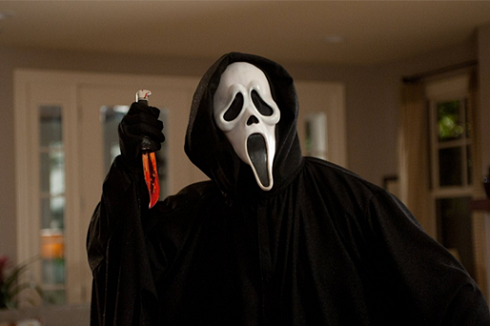 From the original list of thirteen film, the top four have been selected and scheduled for big screen time.
“We had over 900 votes cast,” said Jason A Young, the Robinson Grand’s Program Manager. “We have taken the four with the most votes, each receiving more than 200 votes, and spread them out on our calendar throughout the month of October.”
Kicking off the month of Halloween classics is Scream (1996) on Saturday. October 1, 2022, at 7:00 p.m. After a series of mysterious deaths befalls their small town, an offbeat group of friends becomes the target of a killer. As the body count rises, they contemplate the rules of horror films as they’re living in a real-life one.
The Sanderson sisters return to the Robinson Grand in Hocus Pocus (1993) on Sunday, October 9, 2022, at 4:00 p.m. You’re in for a devil of a time when three outlandishly and wild witches return from 17th century Salem after they’re accidentally conjured up by some unsuspecting pranksters!
“Unfortunately we don’t have a Friday the 13th this October,” said Young. “But we do have a Friday the 14th, and that is where we are going to program the 1980s slasher classic.”
In Friday the 13th (1980) Camp Crystal Lake has been shuttered for over twenty years due to several vicious and unsolved murders. The camp’s new owners and seven young counselors are readying the property for re-opening despite warnings of a “death curse” by local residents.
The final film to be shown in October received the most votes in the online poll: The extended director’s cut of The Exorcist (1973). When a charming 12-year-old girl takes on the characteristics and voices of others, doctors say there is nothing they can do.
“I think our audience made four great choices out of the awesome films we offered,” said Young. “Throw in the Clarksburg History Museum’s UFO event and fans actually have five films to enjoy in October.”
“UFOs – The Clarksburg Connection” on Saturday, October 22 at 1p will feature an Alien Costume Contest with cash prizes available to participants. Special guest speakers David Houchin of the Clarksburg-Harrison Public Library and Les O’Dell, the Co-Founder of the Midnight Talkers Paranormal Group and WV Cryptids and Strange Encounters, will introduce audiences to Gray Barker, Clarksburg’s famous author and paranormal propagandist. The event will conclude with a showing of The Mothman Prophecies (2022) starring Richard Gere and Laura Linney.
“We’re showing great movies in a great venue,” says Young. “It’s going to be a great month!”
Tickets for each one of the films in the Robinson Grand’s 2022 Big Screen Scream for Halloween are only $7 and went on sale on Thursday, September 1, 2022, at 11:00 a.m. All tickets can be purchased online at tickets.therobinsongrand.comor by calling the Robinson Grand ticketing center at (855) 773-6283.