For those who have chanted your tribe in order to win a spirit stick, who have crafted and sung your hearts out around a campfire, who have served your community through projects and who have worked hard for competitions, this summer was rough.  It was rough in general, but for 4-Hers who count down to summer shows and camps, it was particularly touch when these traditions were cancelled. 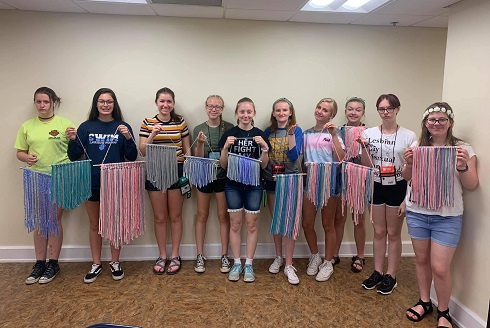 For more than a century, 4-H has grown to become the largest youth development organization in the nation. With more than six million involved, the organization has worked with kids through hands-on projects that raise awareness of societal issues, inclusion, and advocacy.  Locally, the pandemic stopped the club meetings almost immediately, pausing for the sake of safety and allowing them to reorganize for alternate ways to implement the values that focus on the Head, Heart, Hands, and Health.
After the March and April meetings were cancelled and it became apparent that it might be a while before things returned to normal, Harrison County 4-H WVU Extension Agent Samantha Cogle set up Zoom meetings, with Bridgeport being their first. At the May meeting, members discussed how they had been spending their time in social isolation and brainstormed for ways to make camp happen virtually.
Always creative, 4-H leaders sent home Camp Supply Kits for kids to be able to participate in the virtual camp, held at the end of June.  The kids included fast-growing microgreens that participants could grow and eat, a handwashing challenge, a virtual scavenger hunt and a virtual escape room.  They also had lessons on gratitude and small group meetings to discuss personal growth. Live events blended with online events throughout the week to make sure members had plenty of opportunities to get engaged. 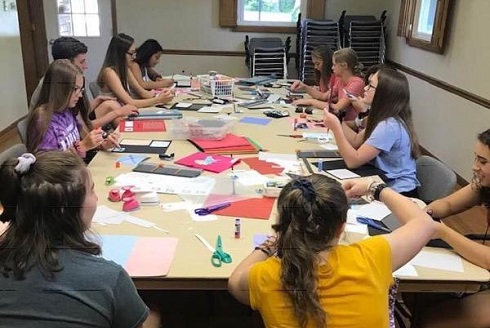 With twenty members, Bridgeport’s 4-H club is led by Jennifer Sprouse, and Shawn and Tim Morgan. Members will select their project books this fall and work on them all year, turning them in to be judged in August. Last year, projects included pet care, gardening, first aid, woodworking, cooking, hiking and entrepreneurship.
Each year West Virginia holds a statewide poster contest as well.  Bridgeport’s club had two members who charted despite the pandemic, which makes them eligible for a scholarship to WVU upon graduation.
Service projects this year will focus on food drives for Shepherd’s Corner, Wreaths Across America, supporting the local CASA, and visiting nursing homes when allowed.
Anyone interested in participating in Bridgeport’s 4-H Club can email Jennifer Sprouse at jaksprouse@gmail.com. The next schedule meeting is Oct. 15 on Zoom at 6 p.m.