Bridgeport offers a little bit of something for everyone. From convenience and easy access to local flavor and off the beaten path. You’ll find something different around every corner.

On the surface, we are an easy to access community of high tech businesses and home to many of the familiar brands of hotels and restaurants you’ll find anywhere else.

However, there is more to Bridgeport than meets the eye. Take advantage of your opportunity to learn more about our neck of the woods and discover the history, the food and the nearby adventures that make Bridgeport a great small town with personality. 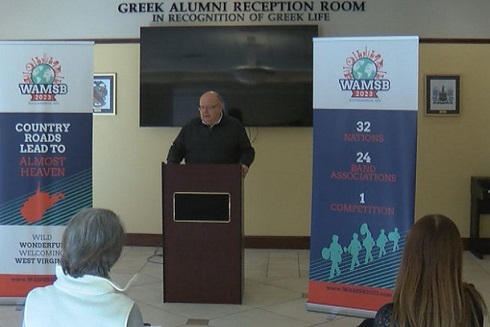 According to WDTV, the World Association of Marching Show Bands will be visiting Buckhannon in July.  ...

The West Virginia Black Bears are proud to announce David Carpenter has been appointed manager of the Black Bears for...

The West Virginia Division of Natural Resources announced on Monday that the following waters were stocked during the...

Emergency Pothole Repairs on Southbound I-79 Lane in Mon County to Go to Feb. 13; Delays Expected

FROM THE WEST VIRGINIA DIVISION OF HIGHWAYS, DISTRICT FOUR OFFICE   One lane of I-79 southbound in Mo...

FROM THE WEST VIRGINIA DIVISION OF HIGHWAYS, DISTRICT FOUR OFFICE   US Route 50 in Harrison County will ha...

The North Central West Virginia Airport and its governing body, the Benedum Airport Authority, have been pretty solid...

On Wednesday, Feb. 1, a ribbon-cutting was held for the Highland Dog Resort in Nutter Fort by the Harrison County Chamber...

Back in 1999, the City of Bridgeport put together a group of community leaders and elected officials with the goal to...

A set of projects approved by the West Virginia Division of Highways included one with a seven-figure price tag in Wes...