Three years ago, Harrison County Commissioners and Benedum Airport Authority members Ron Watson and David Hinkle got with fellow Authority member and Bridgeport Mayor Andy Lang to form a special projects committee at the North Central West Virginia Airport.
The committee expanded to include NCWV Airport Director Rick Rock, Deputy Director Shawn Long, Mid-Atlantic Aerospace Complex Director Tracy Miller, and Amy Wilson of the Harrison County Economic Development Corporation. The group, Lang said recently, meets about every week.
“This coming October it will be three years,” Lang told members of the Bridgeport Development Authority last week.
Unlike many committees, this committee is not only making noise, but it is making serious financial noise with the first leg of a project that 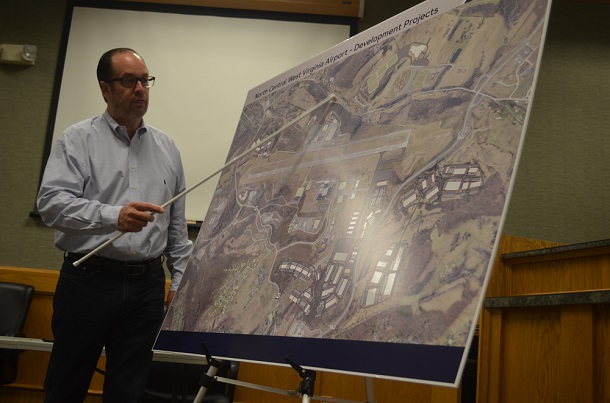 has just got started. Lang said that entire buildout of the much-discussed airport terminal project, which involves much more than just a new airport terminal building, is being looked at as having a potential 10-figure impact.
“We’re at $1.2 billion right now of economic impact,” said Lang on the status of the airport’s aerospace impact now. “The whole goal … it doubles what’s already on the airport. That’s based on square footage.”
The estimate of having an additional $1 billion-plus impact does not include other property that could be acquired and developed, which will be discussed below. It does include land many that follow the airport know has been targeted for development and that this committee has zeroed in on.
“We wanted to figure out a way to utilize the property lays between (State Route) 131 and (State Route) 279 and Route 50 back to Bridgeport,” said Lang on the property that is mainly owned by the airport and within the city limits.
The driving factor is that formerly Bombardiere, now Mitsubishi, is looking to expand their massive operations at the airport. To provide them space for future growth, the existing terminal building would need to be moved, which would also allow for other issues with the current terminal to be eliminated. That led to the committee looking at how the land referenced above could be utilized.
“(Moving the terminal) has nothing to do with the building, it has more to do with tarmac space, security and so many things we’ve learned over the last few years,” said Lang, who said parking is also a problem. “… There are a whole lot of issues that make it best to get that terminal out of there.”
That led them back to something that had been started on and never finished. The moving of a “mountain,” said Lang, on property that abuts Route 279. The idea has long been to remove the mountain, use fill to bring up lower elevations, and create flat land for development.
“(The flat land made accessible to the runway) is what brings value to our area,” said Lang.
The first part of that efforts, with a near $15 million price tag, is expected to get started before the end of the year. The earthmoving is funded through a $10 million grant awarded to the airport by Gov. Jim Justice and the remainder is being covered by the airport and the 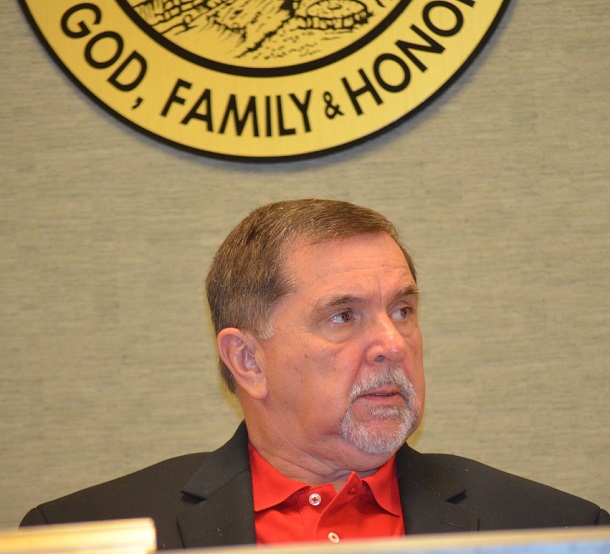 county commissions of Harrison and Marion Counties, the owners of the airport.
Once finished, Lang said there should be nearly 100 flat and contiguous acres. The land will be connected to the runway.
“The terminal building will take up about 18 of those acres and we’ll be left with about 80 acres that can be developed, hopefully for aerospace,” said Lang.
The $15 million only covers the first phase. Two additional phases will take place will include the concrete work needed for the airport aprons, the lighting and other airport essentials that the Airport Authority is hopeful will receive FAA funding.
The final phase is the construction of the terminal. The parking area, which along with the terminal will be designed for expansion, will also be part of the final phase.
Throughout the process, all infrastructure such as water and sewage will be done to allow the airport to go easily into surrounding properties. If everything goes as planned, private property surrounding the airport could be purchased as those owners have indicated they are willing to sell their property. And other large pieces of property are owned by the Harrison County Commission, including the former Thrasher farm.
There is no set timetable for the completion of the terminal, but the process is well under way. The Development Authority was impressed with Lang’s presentation.
“They’ve done a great job up there to aggressively keep moving forward,” said John Stogran, the president of the Development Authority.
Editor's Note: Top photo shows Mayor Andy Lang addressing the Development Authority on the airport project, while Development Authority President John Stogran is shown below.