Not all West Virginians have the luxury of popping into a health clinic on a whim to get tested for COVID-19.
For the past seven months, the West Virginia Clinical and Translational Science Institute has helped ramp up COVID-19 testing throughout the state via mobile vans and by focusing on communities of color.
Based at West Virginia University, WVCTSI has expanded the testing in partnership with the state’s Department of Health and Human Resources and the National Guard and primary care clinics in the West Virginia Practice-Based Research Network. 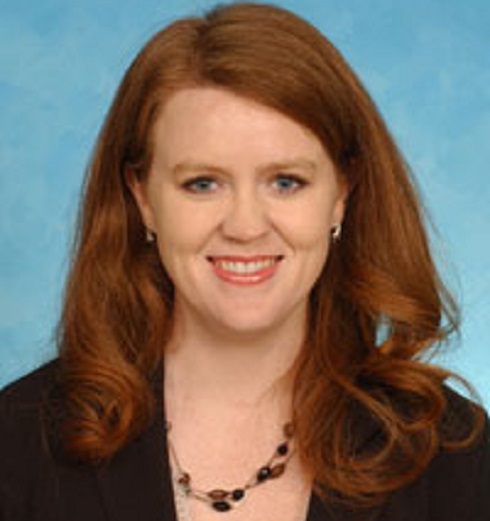 Dr. Sally Hodder, director of WVCTSI, was awarded a two-year, $4.78 million grant by the National Institutes of Health in late 2020 as part of the NIH’s Rapid Acceleration of Diagnostics in Underserved Populations (RADx-UP) initiative to help elevate COVID-19 testing in the United States.
Hodder explained that it remains critical to continue testing for COVID-19 despite the rollout of the vaccine. As of July 19, nearly 56% of the West Virginia population for whom the COVID-19 vaccine is authorized have completed the vaccination series.
Critical to the success of WV RADx-UP has been the leadership of Stacey Whanger, WV RADx-UP project director and 2002 Bridgeport High School graduate, who has spearheaded efforts to increase testing through rural primary care offices and mobile vans, Hodder said. Whanger said the communities have welcomed RADx-UP efforts as they strive to keep up with demand while juggling other public health duties.
“In the heat of the epidemic, we had health departments approach us and say, ‘We have a population that needs tested but we just can’t keep up with the demand,’” Whanger said. “It’s been really valuable to them. A lot of these clinics and primary care centers are also working with health department on vaccine distribution. And, of course, they need to keep up with primary care concerns. Despite all of that, the testing efforts have not been lost in the shuffle, thanks to the grant.”
As testing demand has declined since April, the RADx-UP project has been able to maintain testing in communities where testing support has been removed.
“We work closely with the West Virginia National Guard and DHHR to schedule vans in counties that don’t have a lot of testing and that are at risk for near-term increases in COVID-19 infections,” Hodder said. “RADx-UP supports six testers who are trained by and work closely with the WV National Guard. From Jan. 1 to June 15, RADx-UP mobile testing vans have served 38 counties and administered 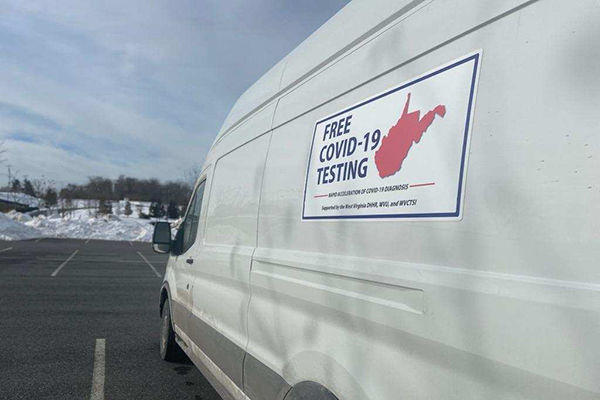 2,265 tests. I cannot say enough regarding the tremendous support and teamwork provided by the West Virginia National Guard and their staff.”
In addition to providing testing via mobile vans, WV RADx-UP is enhancing testing through the WVPBRN. An 11-person RADx-UP team administers tests at 51 participating primary care clinics in 29 counties throughout the state. Additionally, these clinics have been provided personal protection equipment. WV RADx-UP contributed to the administration of 45,115 COVID-19 tests at primary care clinic sites.
WV RADx-UP also focuses on extending testing to communities of color. Romelia Hodges leads the communities of color component. Additionally, the acceptability and feasibility of home testing for COVID-19 is also being tested among communities of color.
“The strength and the success of this program is, in large part, due to the outstanding leadership of Stacey Whanger and Romelia Hodges as well as the dedicated individuals who comprise the WV RADx-UP team,” Hodder said. “It is my privilege to work with these teams as well as our collaborative partners across the state to address the pandemic.”
The project is officially titled “Developing Novel Strategies to Increase COVID-19 Testing Among Underserved Populations in West Virginia through Community and State Partnerships.” The WV RADx-UP project is one of 70 across the United States supporting research to better understand COVID-19 testing patterns among underserved populations for purposes of informing strategies to reduce SARS-CoV-2 testing disparities.
Editor's Note: Top photo shows BHS alumna Stacey Whanger, currently a resident of Morgantown with husband Jason and daughters, Kassidy and Kenna, in photos provided by WVU Today.