Two Bridgeport High School alumnae were among the seven students selected to receive the West Virginia Wesleyan Outstanding Senior Awards this year.  Nominated by the faculty and staff, Maggie Lohmann and Casey Stallman, were selected for their academic excellence, leadership, student involvement, commitment to campus and service to West Virginia Wesleyan College. 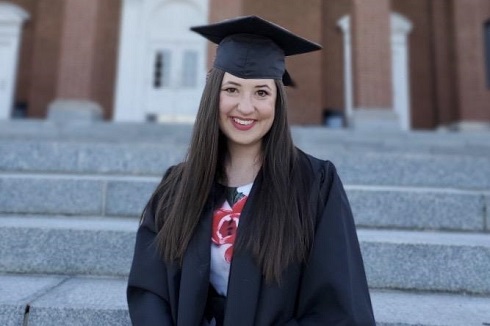 Senior Class President Maggie Lohmann, who also was named Outstanding Senior English Major, who graduated May 2 with a major in English Literature and minors in Biology, Honors, History, and Political Science.  She plans to begin at the West Virginia University School of Law pursuing their dual degree in Juris Doctor (JD) and Masters of Public Administration in the fall.
During her time at WVWC, Lohmann served as class president for three years, as well as other roles with the Student Senate Executive Council.  As a campus ambassador, she guided new and perspective students around the campus and served on panels. She was named Vice President of the Honors Program last year and was a member of the WVWC Dance Team for two years. Additionally, she was a violin student and a tutor for the writing center.
Lohmann had the opportunity las fall to serve as a Teacher’s Assistant for a freshman English class on campus and, in February, served as an intern with the West Virginia House of Delegates.  Throughout her time at WVWC, she mentored at-risk students through the Appalachian Impact program and continued her volunteer work with the Bridgeport Challenger League Baseball program.  Additionally, she served as counselor at Camp Kno-Koma Diabetes Camp of West Virginia.
Some of Lohmann’s more memorable experiences with WVWC were outside the borders of the campus.  She had the opportunity to travel to Paris, Prague, and Florence with the Honors Program’s Cultural Capital classes and spent two months last summer in Thailand as part fo the Wesleyan Abroad program.
Stallman, who graduated from BHS along with Lohmann in 2016, received the Outstanding Senior Award at WVWC for her contributions to campus life, as well as her academic excellence and involvement.  She graduated with a BS in Biology with a concentration in Molecular Biology and Biotechnology, with a minor in Psychology. 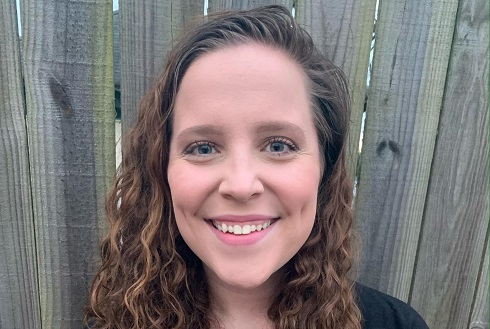 While at WVWC, Stallman was a Wesleyan Service Scholar and very involved with WE LEAD, a group who is instrumental in raising awareness of mental health issues, conducting suicide prevention fundraisers, and providing resources for students in need of counseling. She is also involved with the Zeta Tau Alpha sorority, working with programs to raise awareness of breast cancer and to promote philanthropic causes.