FROM WVU TODAY
This year’s Bucklew Scholars are eager to embark on a new journey at West Virginia University where they can fully immerse themselves in rigorous academics, multidisciplinary research, travel abroad and University tradition.
The Bucklew Scholarship is given to 20 high-achieving West Virginia students accepted to WVU and qualifies them to be considered for a Foundation Scholarship, the highest academic scholarship the University awards. Two are from Bridgeport High School.
The high school students selected for the scholarship have distinguished themselves through their academic prowess and intellectual curiosity, but they also boast impressive feats beyond the classroom. They are talented athletes, dancers, musicians, volunteers, student legislators and citizen scientists. 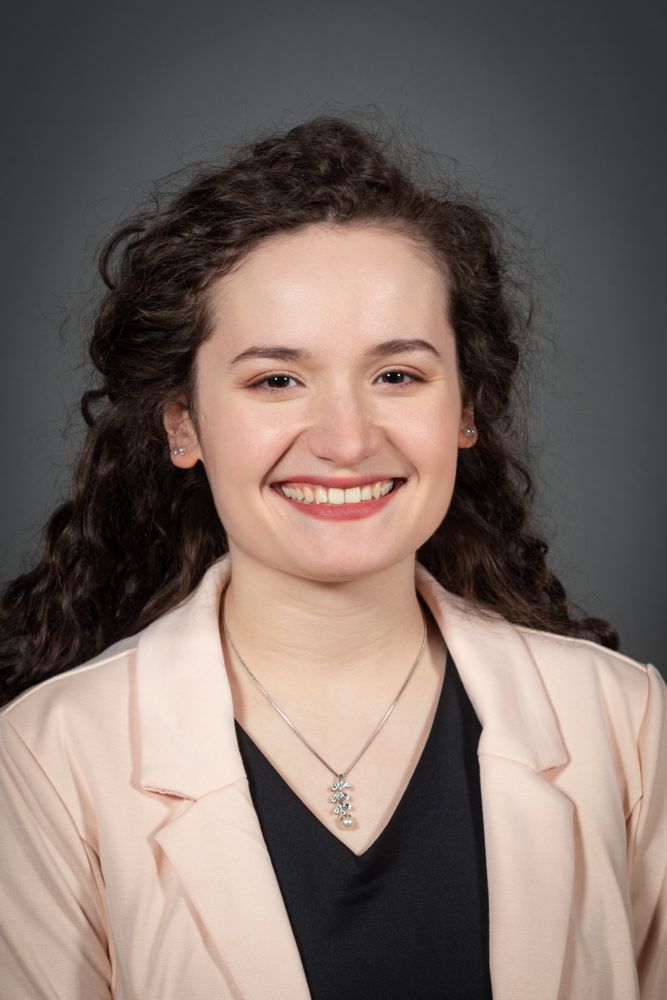 Fueled by their passion for innovation and to serve others, they are the next generation of leaders focused on solving the increasingly complex challenges facing society.
Emma Swiger, an immunology and medical microbiology major from Fairmont Senior High, and Piper Cook, a biology major with an emphasis in neurobiology from Scott High School, are beginning their journey to become pediatricians.
Swiger, who plans to specialize in oncology, wants to provide top-quality care to young cancer patients in West Virginia to alleviate the burden of traveling long distances for treatments.
Cook, who has witnessed a swath of destruction in her hometown due to the opioid crisis, made the decision in middle school to become a neurosurgeon, is excited to join the research on deep brain stimulation and its usefulness in opioid addiction
Madelyn Lalama (the daughter of Marcello and Ursula Lalama), from Bridgeport High School, Marleah Knights from Morgantown High School, Sahil Dave from George Washington High School believe a biology degree will provide a strong foundation for their future graduate-level studies and anticipated career goals.
Lalama, who watched her mother suffer from a progressive periodontal disease, plans to eventually attend dental school so that she can provide affordable oral care to low-income and uninsured populations.
Knights has dreamed of becoming a conservation ecologist since she was a child watching the slow extinction of the scarlet ibis in Trinidad and Tobago; she plans to minor in journalism.
Dave, whose leisure reading collection includes The Economist, The Wall Street Journal and Bloomberg, will double major in biology and economics. While he has been tossing around careers in management and finance, such as an investment banking or stock broker, he has not tossed out the idea of a career in medicine.
Both Ashley Linder and Melina McCabe, from Wheeling Park High School, will major in biomedical engineering.
Linder stumbled upon the ROMP Innovation Program in Ecuador that provides prosthetics and orthotic services to those living in poverty. She’s now inspired to conduct research to develop high-quality, low-cost prosthetics to make them accessible to a wider market of patients throughout the world. 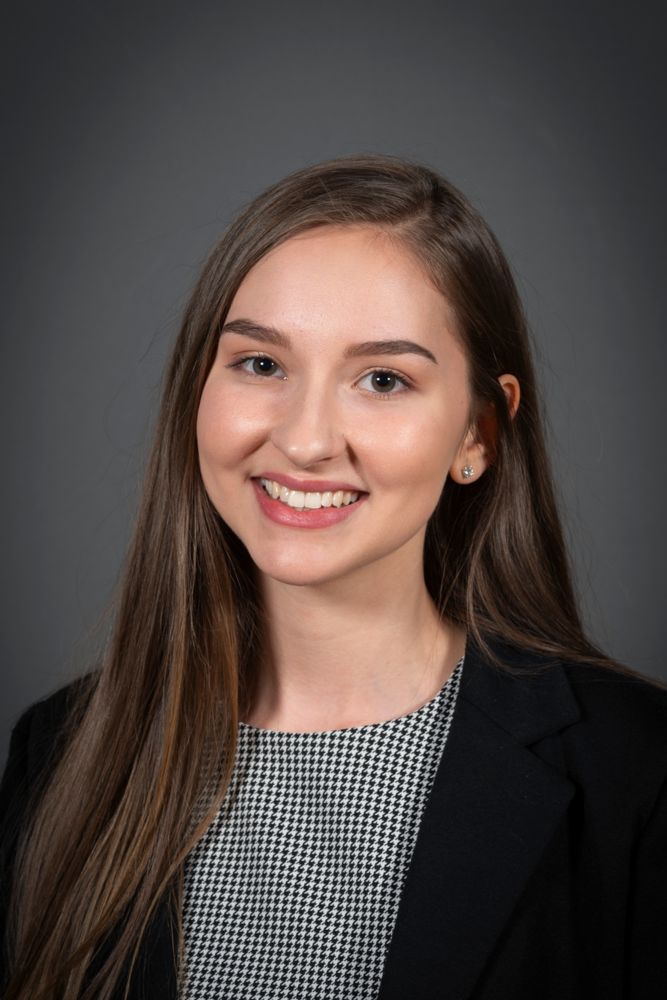 McCabe was drawn to a career in medicine through her volunteer work at Wheeling Hospital and would like to focus on stem cell research. While she believes there have been many advancements in portable and accessible medical technology, she would like to work on closing the gap between the developed and undeveloped world when it comes to better health care technology.
Giana Loretta from Lincoln High School and Elizabeth Sexton, a home school student from Williamstown, aspire to attend the WVU College of Law.
Loretta fell in love with her communications course at WVU last semester and will major in communication studies. She believes everything that we accomplish in society would not happen without communications, including her preparation for law school. Ultimately, she would like to serve as a judge and return to her alma mater as a law professor.
Sexton, who believes a business background will provide her with the knowledge she needs to start a nonprofit organization dedicated to the opioid epidemic and a small law firm in West Virginia, will major in accounting and finance.
Michael DiBacco from Elkins High School, Erica Cottrill (daughter of Brian and Anita Cottrill) from Bridgeport High School and Lauren Volk from Nitro High School, are curious about the human expression, both spoken and literary, and believe a degree in English will be a stepping stone to their careers.
DiBacco, who has a passion for English and writing, but wants to “be there” for big breakthroughs in future genetic-engineering technology, is also majoring in biology. Inspired by CRISPR, he plans to bridge the two degrees by using his writing skills as a tool to spread innovation.
Cottrill, an acting and English major, believes “telling stories through literature and theater is important to expand world views and show empathy.” She dreams about becoming a famous actress and/or author in a big city and returning home to educate young people about diversity and empathy toward others.
Volk, an English/secondary education major, wants to become a teacher who will inspire and create the next generation of leaders in West Virginia. She believes that too many teenagers have silent struggles and mental health issues that hinder progress. Her ultimate career goal is to become a principal.
Lillian Bischof from Wheeling Park High School and Lian Dunlevy from Morgantown High School will major in chemical engineering.
Bischof, who wants to tackle problems plaguing society such as food insecurity and accessibility to affordable health care through genetic modification, believes a double major in finance will make her more marketable.
Dunlevy thinks chemical engineering will reconcile his interests in chemistry and robotics; he would like to become a leader of a team of multidisciplinary engineers responsible for delivering renewable energy solutions – solutions that will keep the people of his home state employed.
Teagan Kuzniar from Morgantown High School, Jacob Pennell from Magnolia High School and Daisy Levine from Jefferson High School are passionate about the environment.
Kuzniar, an environmental science major minoring in Spanish, who is following in her grandmother’s footsteps with her love for environment, would like to devote her career to solving the common issue of water and environmental health.
Pennell, a wildlife and fisheries resources major, would like to have a career that will allow him to conserve the wildlife he has been fortunate to enjoy as a hunter and fisherman. His goal is to study stream health and develop policy and technology conserving habitat and wildlife.
Levine, a physics and mechanical engineering major, believes a mechanical engineering degree is “a jack of all trades.” She plans to focus on sustainable energy products that will lower the carbon footprint found in homes.
Rounding out the Bucklew Scholars are Kayley Brinegar from Berkeley Springs, Callyn Zeigler from George Washington High School and Tessla Muir from Musselman High School.
Brinegar, a biochemistry major is unsure of her career plans but is considering genetic engineering. She believes genetic engineering is the future cure for cancer, Alzheimer’s and Huntington’s disease.
Zeigler, a computer engineering major with specialization in cybersecurity, wants to give back to her state by providing innovative technology to rural areas that do not have access to the internet and other digital resources, especially for school-aged children.
Muir, a mathematics and psychology major, would like to become a math professor, preferably at WVU. Also considering a career in psychology, she believes that “there is a human need to be heard and understood.” Muir has volunteered with 7Cups, an anonymous online emotional support service, since her freshman year of high school.
The Neil S. Bucklew Scholarship is named after WVU’s 20th president and is valued at $40,000, providing its recipients with $10,000 per year over four years to be used toward educational costs. All Bucklew Scholars have qualified for the Honors College at WVU, and the scholarship can be used in addition to the state’s PROMISE Scholarship.
The Foundation Scholarships, which will be announced May 7, are awarded to five Bucklew Scholars.
The scholarships are part of the University’s comprehensive awards program and are supported, in part, by the WVU Foundation, the private non-profit corporation that generates, receives and administers private gifts for the benefit of WVU.
Editor's Note: Top photo is of Erica Cottrill, while Madelyn Lalama is shown below. Photos courtesy of WVU Today. Trina Runner contributed to the information in this story.