By Connect-Bridgeport Staff on November 06, 2019

Four Big 12 football players have been nominated for the 2019 Burlsworth Trophy. The award is given to the most outstanding collegiate 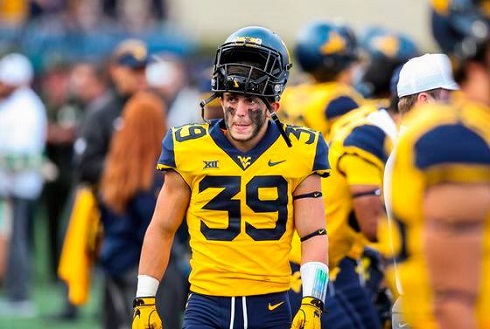 football player who began his career as a walk-on and has shown outstanding performance on the field. Each nominee must have begun his first season of participation with an FBS football program without financial aid of any kind from his university’s athletic department.
Big 12 representatives are OL Collin Olson (Iowa State), WR Dalton Schoen (K-State), K Matt Ammendola (Oklahoma State) and S Dante Bonamico (West Virginia).
The Brandon Burlsworth Foundation, in conjunction with Springdale Rotary Club, will host an awards ceremony on December 9, 2019 in Springdale, Arkansas, to honor the three finalists and to announce the 2019 winner.
Former Oklahoma and current Cleveland Browns quarterback Baker Mayfield won the award in 2015 and 2016.
Editor's Note: Photo by Ben Queen of www.benqueenphotography.com.