When Bubby Swiger looked at the text Wednesday morning, he did a double take. He was sure what he had read, but he did not want to believe it. 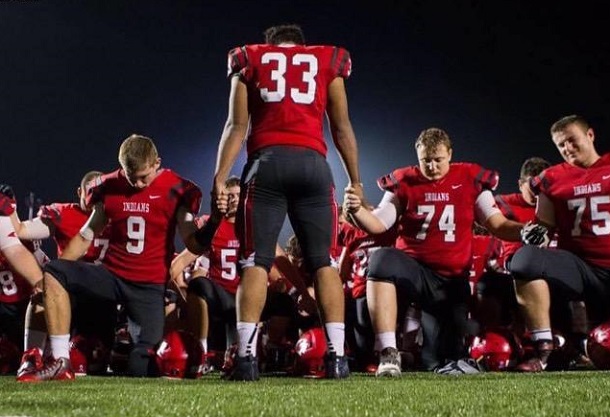 The text was from the mother of Bridgeport High School graduate and current Glenville State College football player Mackenzie Holmes. The news was not good.
“It was pretty shocking to read that he was in a pretty bad accident,” said Swiger.
According to Swiger, the 2017 BHS alum was heading back to the GSC campus during the middle of this past week when a deer darted out in front of his car. Holmes tried to avoid the deer and it led to a wreck, which eventually led to surgery later.
“We’re hoping for a full recovery, but he’s still got a way to go,” said 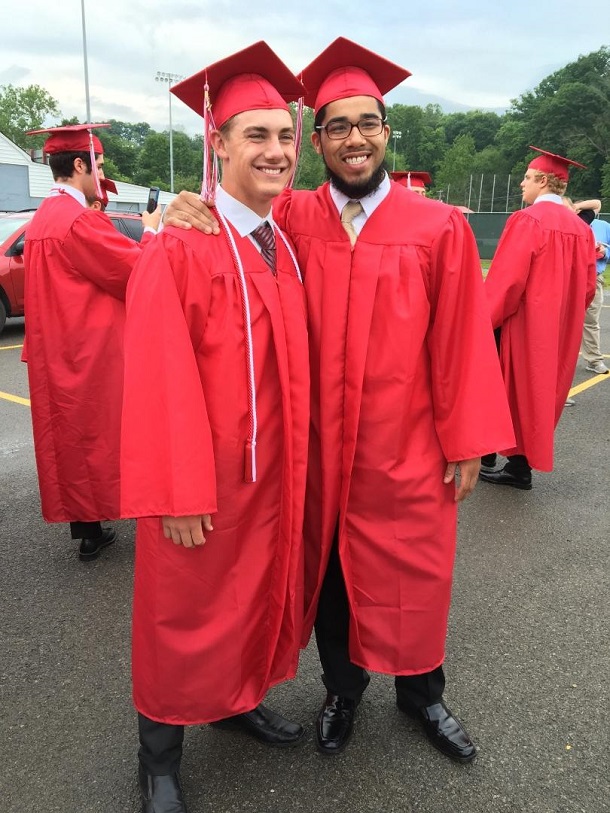 Swiger. “He’s got a bond with this community and a bond with me that goes back to when he was five years old.”
Outside of Holmes’ family, few have been as close to the former Indian all-state football player. Swiger coached him in Bridgeport Youth Football, Jerry West, and Little League. At the same time, Holmes and Swiger’s son Gordon played together on all those teams.
“He’s one of those kids that I have a special place in my heart for me. I love them all because he grew up in a lot of ways like I grew up,” said Swiger.
Holmes recently was at West Virginia University before transferring to Glenville State College to play football, said Swiger. He was in town, said Swiger, to visit with former teammate and classmate Zach Spurlock for Spurlock’s birthday gathering.
“He shows up for stuff like that because Mackenzie has a heart of gold,” said Swiger. “Here’s a young man who was always bigger than everyone but was also the one would do anything to help anyone. Now, I think we can do some things to help.”
Swiger’s wife Alicia recently set up a GoFundMe page to help with expenses. Thousands have already been raised, but Swiger is hoping to see as many dollars as possible 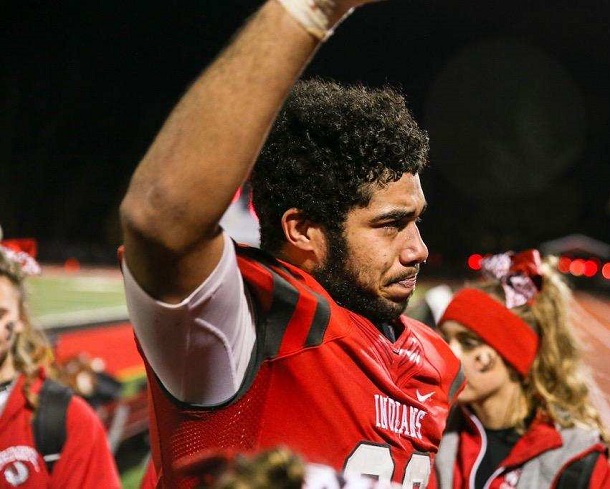 come in to assist with costs the family will likely face in the weeks and months ahead.
“I think it would be important to help his mother Melanie (Hardy) and (stepfather) Clarence (Hardy),” said Swiger. “They’re good people trying, like everyone else, to get by and your help can make that easier for them.”
Individuals can click HERE to donate to Mackenzie Holmes’ GoFundMe page. Alicia Swiger provides regular updates on Mackenzie, who is doing better after his most recent surgery.
Editor's Note: Top photo shows Mackenzie Holmes leading the team in a post-game prayer, while in the second photo he's shown with Gordon Swiger after graduation in 2017. Bottom photo shows Holmes leaving the field after his final game in a Bridgeport uniform. All photos courtesy of Alicia Swiger. Top and bottom photos by Ben Queen Photography.