When Michael Toothman was growing up in Harrison County, he was surrounded by music as his dad played live at various venues.  It wasn’t until his junior year of high school, however, that Toothman picked up the guitar and fell in love with the legacy of music that would become his career. With the release of his self-titled EP this week, he reflects on the process of watching his dream come to fruition. 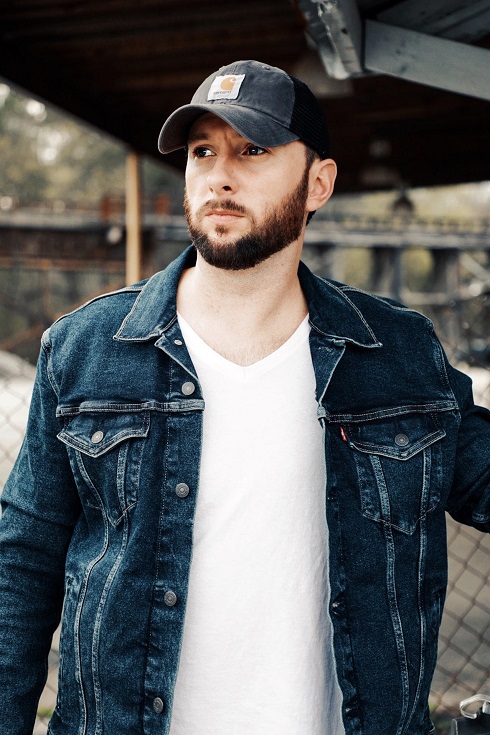 “After I started playing in high school, I was in garage bands, played local clubs and various events,” he said.  “I moved to Alabama in 2016 and now I am focusing on my solo career with my music. Although I love the south, my heart will always be in the hills of West Virginia and I look forward to every trip back home.”
Toothman travelled back home in order to work with his nephew, BHS alum Zach McCord.  McCord’s BlueBridge Studios, was where the duo spent three days creating Toothman’s new album, which is available on all electronic platforms such as iTunes, Spotify, Amazon, YouTube, Pandora and more.
“Zach’s amazing producing skills set the structure for the album,” said Toothman.  “Then we brought in my childhood friends Aaron Regester, Gerrod Bee, and Nick Ours to back us up musically and Zach and his wife Valarie sang backup vocals.  I was very pleased with how we brought each song to life and the organic sound we created.”
McCord had equally amazing praise for his uncle and the rest of the band.
“I have been blessed to work on some incredible music recently and I am very proud of everything that’s come through the studio,” he said.  “But there’s something undeniably special about getting to work with family.”
McCord was also thrilled to work with some of the best musicians in West Virginia. The album was mastered by Richard Dodd, who has won five Grammys and has worked with Johnny Cash, Keith Urban, Joe Cocker, Tom Petty and George Harrison.  As for his relationship with Toothman, McCord says he has always looked up to him as a brother since the two are close in age and the experience of working together on the album “was a blast.”
Toothman will be returning to Bridgeport in July to record more music at BlueBridge Recording Studio. For now, fans can follow him on his Facebook music page or on Instagram @michaeltoothmanmusic.