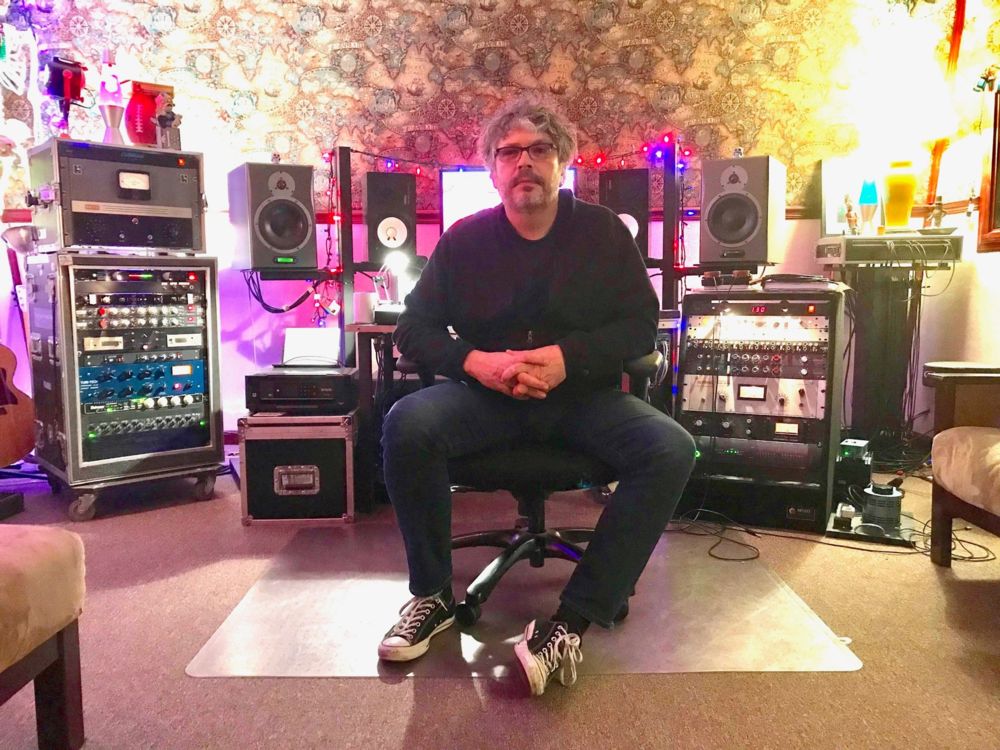 Bridgeport-born Roger Nichols began playing and mixing music in his basement on New Street when he was a Simpson Elementary student. Wednesday, Nichols’ work at his Nashville-based Bell Tone Recording Studio was nominated for a Grammy award.
Nichols engineered and mixed Larkin Poe’s most recent project, “Venom & Faith,” which has been nominated for best contemporary blues album of the year. He got word from the artists – Rebecca and Megan Lovell - Wednesday while he was visiting with his mom in Birmingham.
“It took a little while to soak in,” he said. “On my drive home, I had opportunity to contemplate and it is definitely humbling; something you don’t expect and to be quite honest, I’m just lucky to be in the same room as those two girls”
Nichols describes the siblings – singers, songwriters and multi-instrumentalists who create their own brand of roots rock n’ roll/blues – as a force of nature. He said from the first time he heard them perform, he was blown away. 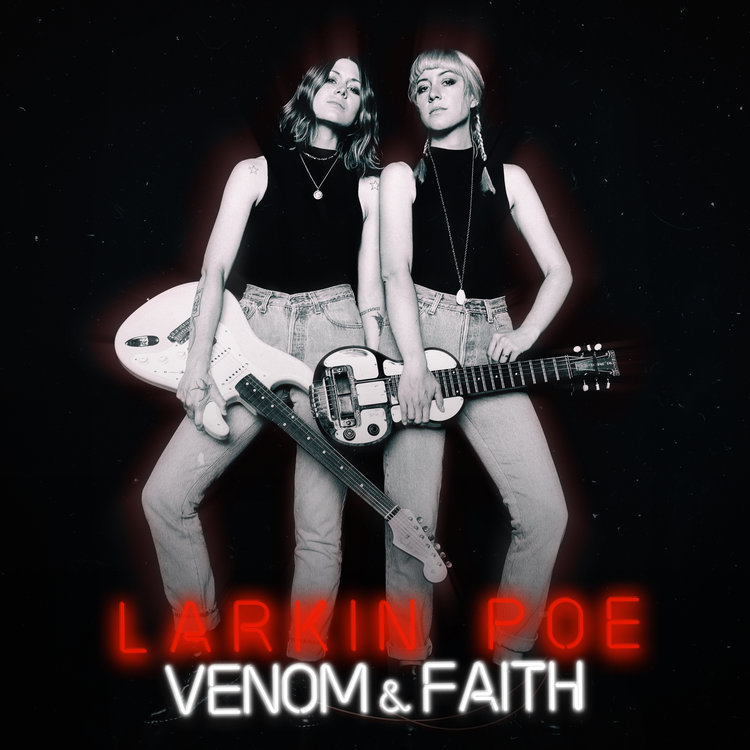 “You can gauge their skill level by the way they hold their instruments and the way they play,” he said. “Rebecca expresses herself through guitar and vocals and Megan expresses herself through playing the lap steel and singing harmonies. They blend so well together. Sibling chemistry is a very different thing and it’s hard to replicate. You can get a bunch of guys in a room and rehearse years and years and still not develop this type of chemistry.”
“Venom & Faith” is the second album in which Nichols has worked with Larkin Poe. The independent artists serve as their own producers and their work ethic and drive for perfection are extraordinary, he said.
Nichols has worked with some big names – including Tyler Bryant and the Shakedown, Hayley Williams and Paramore and Steven Tyler – recording vocal tracks and various stringed instruments for the former Aerosmith lead singer’s country album, “We’re All Somebody from Somewhere.”
Lifelong friend, Bridgeport's Dr. Mike Hess said he couldn’t prouder of Nichols.
“He’s worked so hard and he is really good at what he does,” he said.
Hess remembers well the old days when he, Nichols and the late Roger Stoneking were fully emerged in the music scene. 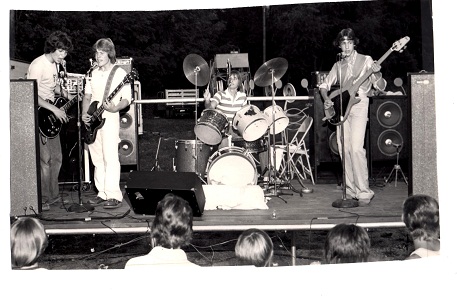 “We spent so much time messing around in his basement listening to stuff and learning songs,” Hess said. “I remember when he made the leap from cassette tapes to a Radio Shack quarter-inch reel-to-reel machine that his parents bought him. That just changed everything for him and from that point on, he wanted to record all the time and try different techniques. We tried different mics, amps and guitars and even made a drum set out of boxes – using electrician’s tape to make different pitches. From there, Roger graduated on to a four-track and his whole world opened up for him.”
The boys formed a band which morphed into various other bands which played local gigs, including high school rock dances and the Bridgeport Fireman’s Fair.
After graduating from BHS, Nichols lived in Florida and toured the U.S. playing with a band before relocating to Nashville and diving deeper into the music industry - working with alternative, pop, rock and country artists.
After returning home to Nashville this past Wednesday – and the news sunk in that he was now and forever a Grammy-nominated engineer – Nichols and Larkin Poe celebrated.
“They had a little party and we popped a bottle of champagne and toasted to them and their great band,” Nichols said.
Winning a Grammy, being recognized by musical peers, is likely in the back of the mind of every artist in the business, Nichols said. Yet, it’s not something he strives for or thinks about on a daily basis.

“We do what we do without the expectation of anything other than doing the job – whether that’s writing a song, producing, engineering or mixing a project,” he said. “We are in the service industry, working with the artists and the only expectation is that we try to meet the artists’ needs.”
Hosted by Alicia Keys, the 64th Annual Grammy Awards will be held Jan. 26 at Staples Center in LA and broadcast on CBS.
Also nominated for best contemporary blues album are “This Land” by Gary Clark Jr., “Brighter Days” by Robert Randolph & The Family Band; “Somebody Save Me” by Sugaray Rayford and “Keep On” by Southern Avenue. 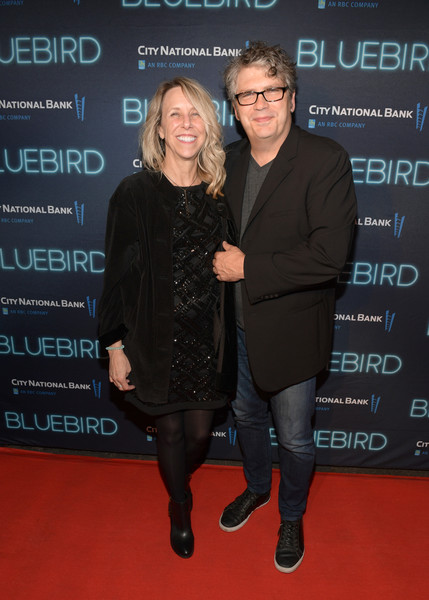 Nichols and his wife Erika Wollam-Nichols (COO of the Bluebird Cafe in Nashville) will be attending. In fact, they purchased their tickets and booked their flight the day after learning the big news. He’s excited, but mostly for Rebecca and Megan.
“They really have what it takes and are having a really big year,” he said. “They went to the UK, where 22 out 25 shows were sold out and they played in Tokyo at a sold-out show. This award would be a nice feather in their cap.”
Nichols has been busy this year with a plethora of projects. He scored the Bluebird Cafe documentary which has been featured in various film festivals and will be released on Video on Demand, Amazon and other outlets Dec. 3. He leaves for Amsterdam Dec. 1, where he will work with a band to record a single. He'll return to the states in mid- to late-December and resume work on another Larkin Poe recording project.
"It's a crazy end of the year and what a way to cap it off with a nod from the great people of the Grammy committee," Nichols said.
See all nominees for Grammy Awards 2020 HERE.
Learn more about Larkin Poe and where music can be downloaded HERE.
Editor's Note: Pictured from top are Roger Nichols in his Nashville recording studio; Rebecca and Megan Lovell AKA Larkin Poe; Roger Nichols, Mike Hess, the late Roger Stoneking and Rob Baltzley playing rock music in Bridgeport in the 1970s and Roger Nichols and his wife Erika Wollam-Nichols.