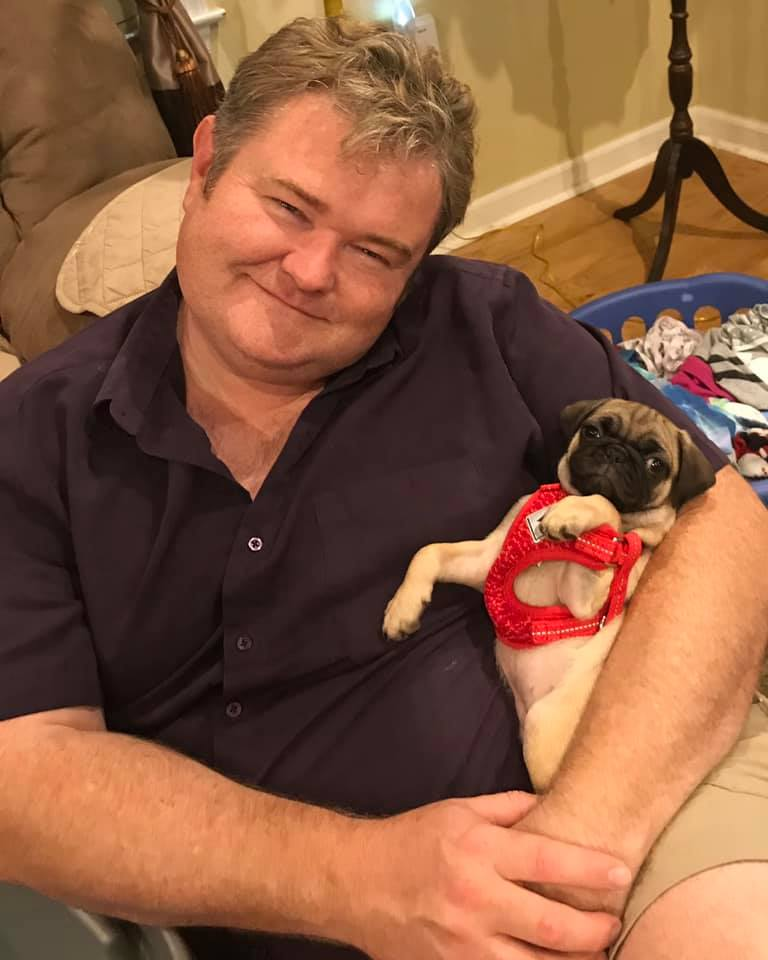 This week's Bridgeport City Face is Gary Lee Vincent. Learn all about him here:
How long have you lived in Bridgeport? If not a lifelong resident, tell me what brought you here.
I have lived in the area all of my life.  I was born in Clarksburg in 1974 and moved to Bridgeport in 2001.
Are you married, have kids? Tell me about your family. I married Carla Caterina Morato-Lara in 2001.  In 2010, our daughter Amber Lee Vincent was born; she’s the only child.  Carla is an immigrant from Bolivia and has been a citizen of the United states for over 20 years.  We met online around the same time I was researching a book I was writing called PASSAGEWAY.  Parts of that book are set in Bolivia and we became pen pals and friends.  She was attending Marshall University at the time, getting her Master of Science degree in Chemistry.
What about pets? We have one Bichon Frise named Snow and a pug puppy named Lzzy (named after Lzzy Hale; lead singer of the band Halestorm, whom my daughter and I both like).
Where do you work and what do you do there? I work several jobs but am widely known for my work as Publisher at Burning Bulb Publishing, a media company that I founded in 2009.  Burning Bulb was founded to help authors and artists come together as a ‘co-op’ to create their works in a non-biased forum and promote each other’s mutual projects.  This grew to motion pictures and book-to-film adaptations.  Our first motion picture release—DESK CLERK (shot in 2019 and based off of Burning Bulb author Michelle Bowser’s memoir about her experience working in the hotel industry) was filmed almost entirely in Bridgeport and I directed it.  I have also worked alongside Jason Campbell and his Bridgeport-based Christian film company, JC Films, helping with over a dozen films, many shot right here locally. 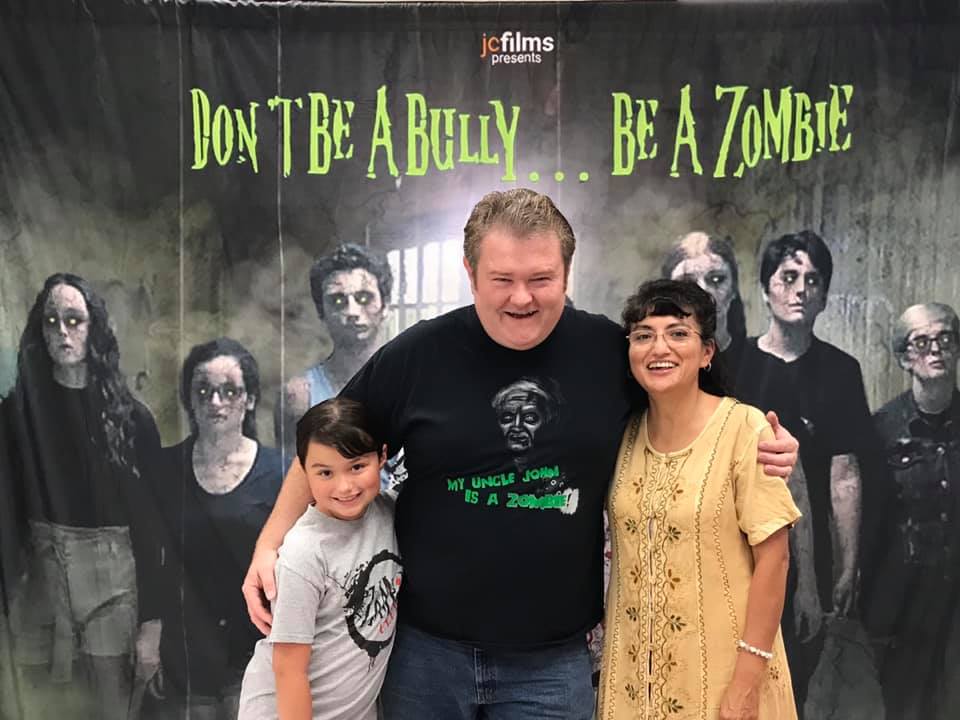 What are your hobbies/favorite past times? My hobbies include acting, cinematography, graphic arts, and travel.
Favorite Bridgeport spot?  I especially like the trail between Deegan and Hinkle Lakes.  It is a great walk with nice scenery that’s very close to everything.
What do you like about Bridgeport … why is this a good place to live? Bridgeport is a progressive city.  They understand and support the arts.  As a filmmaker, I continue to be impressed at the level of cooperation from city and local establishments allowing us to film in all parts of town, working with law enforcement and city officials, and their pleasant attitude.  It’s a clean city and a great place to live and work.  Geographically speaking, Bridgeport is centrally located where I-79 and US Route 50 meet and is convenient to all parts of the state.  Plus, the airport offers a lot of travel options when coming to and from the area. 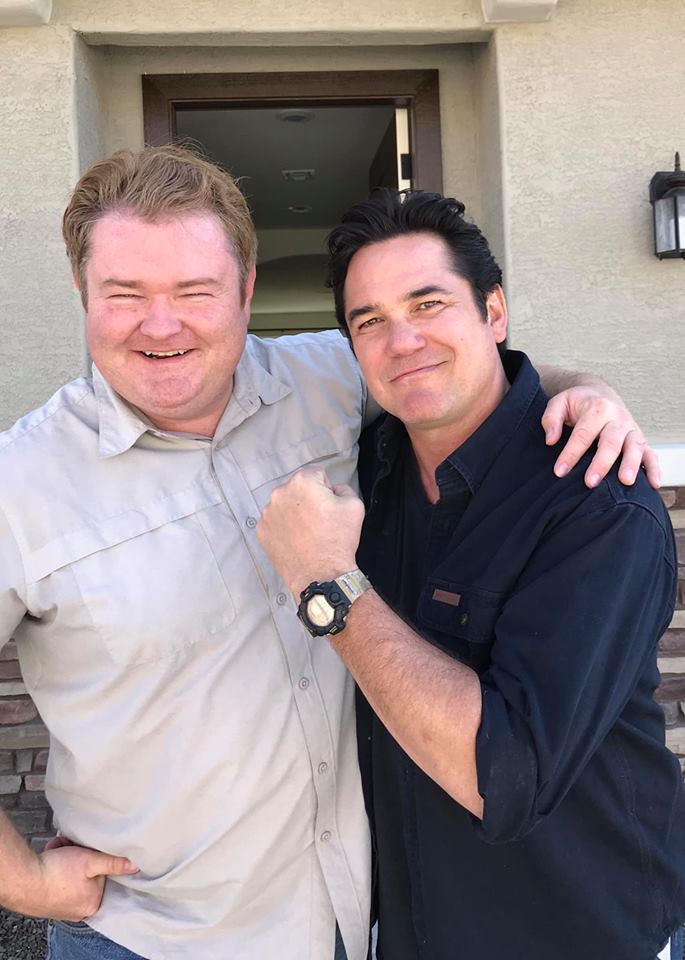 One – or more – of your favorite memories of something that took place in Bridgeport ... I had the unique opportunity to direct the JC Films motion picture A PROMISE TO ASTRID. It was my first job as a Director and filmed mostly in Bridgeport.  It was very exciting to see the movie come together and be on location all around town.
What is your favorite WV spot outside of Bridgeport? I especially like Coopers Rock State Park.  I am a fan of the landscape and trails that area has to offer.
How about your favorite place outside of WV? Las Vegas, Nevada (but not for the obvious reasons).  I am a fan of open spaces and really like the desert drives outside of town.  It provides a nice contrast to what I am used to in the green mountains of West Virginia.
What are some of your favorite things? I am a fan of all things artsy. I love creative, independent works ranging to music to artwork to movies.  I am not so much a fan of ‘corporate art’ (i.e., typical Hollywood movies for example), but am a die hard fan of independent films and seeing what can be accomplished creatively with the STORY when you really don’t have a lot of money and the resources of a major studio to work with.   I also enjoy travel; I love to see new places and learn about what makes those places great. As a filmmaker, I sometimes get to travel to some fantastic locations and it is a wonderful and enlightening experience.
Food/restaurant? I really enjoy Italian and Mexican food.  My favorite restaurant in Bridgeport is El Rincon.
Favorite color? Blue
Music genre/artist? Classic Rock / Meatloaf (single musician) and Eagles (band)
What is your best childhood memory? As a kid, we didn’t have a lot in the way of material things. It was a time before cell phones and instant gratification that today’s technology brings.  We had to find our own entertainment and use our imagination.  Sometimes, a bunch of my friends would play DUNGEONS AND DRAGONS, go outside and play sandlot football, or find a forest nearby and explore it.  In fact, I thing that an important piece of us as a society got lost when we stopped focusing on the person next to us and on screen in front of us. 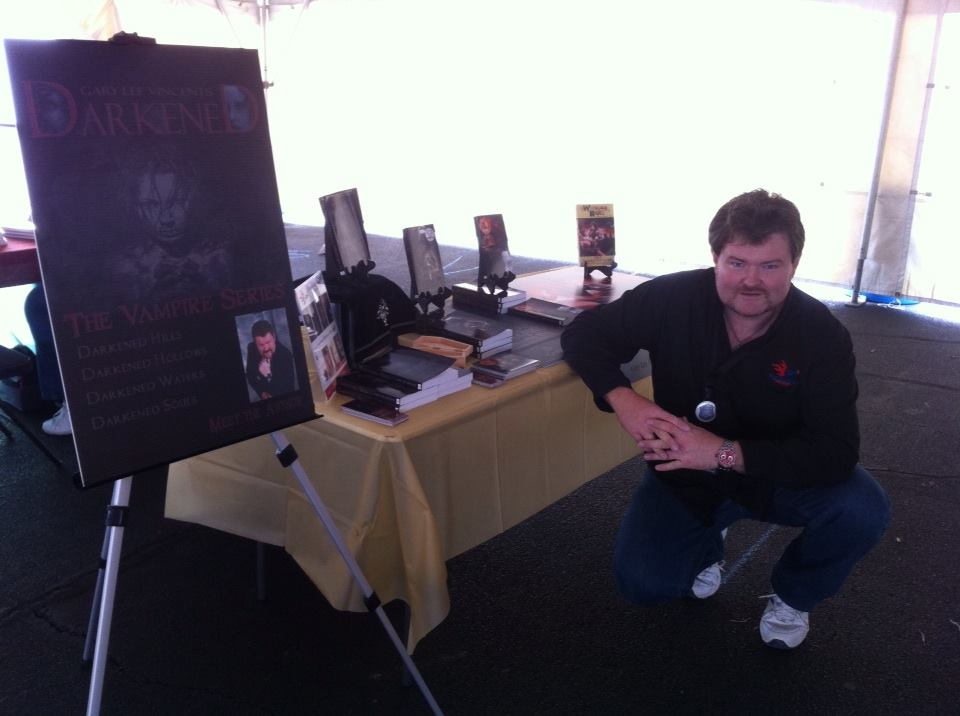 Interesting fact about you and/or something you would like to add…I have written over 12 novels, including DARKEND HILLS (a WV-based vampire series), recorded 3 musical albums, and have starred in or worked on over 80 feature films and television series, including STRANGER THINGS, THE WALKING DEAD, and BLACK PANTHER.
Editor's Note: Vincent's horror movie MIDNIGHT is playing at the Robinson Grand on Thursday, Oct. 29.  It is based on the bestselling novel, MIDNIGHT, by John Russo and is a remake of his 1982 hit movie by the same name.  The film is directed by Vincent and it was shot locally.  Stars from the film (including Mr. Russo) will be in attendance at the premiere. Tickets and information are available at www.MIDNIGHT.rocks).