Annual "A Round for the Reservation" Golf Tournament Set; Funds to Help BHS Baseball Facility

By Connect-Bridgeport Staff on September 11, 2021

In addition to winning seven consecutive state championships, the Bridgeport High School baseball team plays on what is widely considered one of the top-notch grass fields at one of the best complexes in the state.
A lot of pride and volunteer work from the coaching staff, former players and parents goes into keeping the baseball facilities in such good shape. 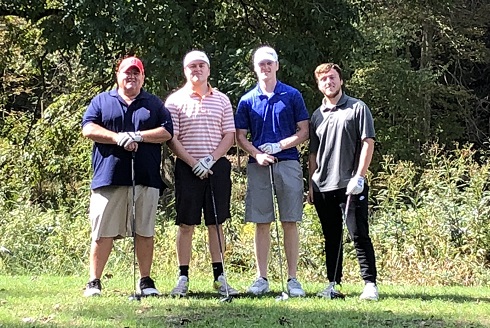 Still, upgrades are needed annually and an event taking place in October is vital in making those upgrades a reality.
“A Round for the Reservation” golf tournament will take place on Oct. 3 at Bel Meadow Golf Club.
There will be breakfast at 8 a.m. followed by a shotgun start at 9 a.m. with a four-man scramble format.
“This is big for us,” BHS baseball coach Robert Shields said. “We didn’t have the opportunity to have it last year because of COVID. A lot of the money we raise is for improvements at the baseball facility.”
Shields said there are a couple of areas at the field that are in need of improvement before the 2022 season begins.
“Our mound and home plate,” he said. “We basically put a band-aid on them last year to make them playable for the season. They need built up and repaired the right way.
“The two biggest issues we have are the mound and home plate. Also, we haven’t had the field laser graded for a few years. That’s important too, to make sure we have proper drainage on the infield. If it’s not draining properly, it effects the grass.”

The entry fee for the tournament is $60, $240 per four-man team. There is also options for a four-player team corporate sponsor at $300, a hole sponsor at $100 or the opportunity to offer a donation of any amount as a Tribe Sponsor.
All options can be accessed on the registration form HERE
Prizes will be awarded for longest drive and closest to the pin. Mulligans will also be available for purchase and there will be a 50/50 drawing.
Shields said he thought in 2019 there were 11 foursomes and he is hopeful there will be more for this year’s event.
Interested participants can also register by contacting Rick Johnson at 304-669-0685 or Robert Marra at 304-669-1979.
Editor's Note: Submitted photos of two of the foursomes from the 2019 event.