City's Letters to Santa Program is Back for Third Year

It’s quickly becoming a Bridgeport tradition despite a very short history. And it’s one aimed exclusively at children.
Starting Monday, Nov. 25, the third annual City of Bridgeport “Letters to Santa” program will officially get started. For youngsters, it’s a chance to let old Saint Nick know exactly what you want for the Christmas holiday.
“We’ll be putting out our Santa mailbox in front of the (Bridgeport) Municipal Complex,” said Community Development Director Andrea Kerr.
The mailbox is easily identifiable and is bright red. It will placed near the main entrance of the building and youngsters can drop their letters 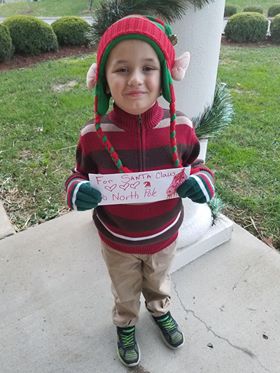 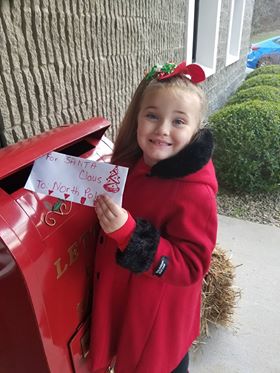 off any time.
“This is a city program that encourages the participation of children,” said Kerr. “I can tell you that this program, because of the kids, makes everyone at city hall that’s involved with it very happy.”
What does the program do?
“All kids have to do is write a standard letter to Santa. Then, they need to have their parents or any adult put that letter inside an envelope that includes a self-addressed stamped envelope for return. Once that’s done, just drop it into the mailbox in front of the building.”
The letters are checked and removed daily. The city, said Kerr, has already made arrangements with Santa and his elves to get the letters back to the children. 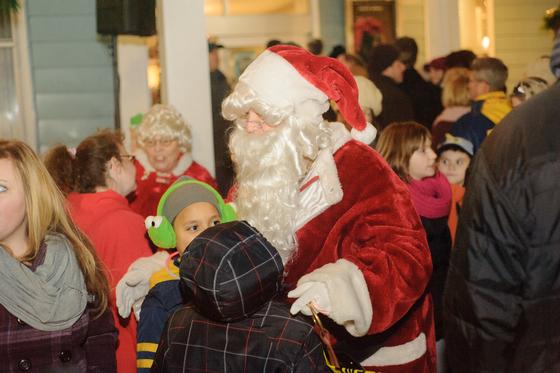 “We’ve been told that even though Santa and his elves will be extremely busy, they will make time to return the letters to all the kids in Bridgeport,” said Kerr.
Kerr said the letters need to be dropped off no latter than December 18. To assure there is a response prior to the Christmas holiday, Kerr is encouraging residents to have their children drop them off well before the deadline.
“The best thing to do is have them ready as early as possible,” she said.
Last year, there were nearly 200 letters. Most of the letters were from Bridgeport, but a few were from the outside.
Kerr said all letters will be attempted to be returned. However, she said letters from Bridgeport residents will take top priority.
“We have to do that due to the number of letters we receive and due to the fact that we’re expecting another increase in the total number of letters this year,” Kerr said. “We hope to see plenty of letters that we can send to Santa.”
Editor's Note: Photos show Michael, left, and Isabella Murray taking part in one of the initial "Letters to Santa" programs. Bottom photo is Santa in Bridgeport as he makes occasional stops in the city.