Local artist Leah Seaman was able to fit a whole lot of Bridgeport on a 54-foot wall. From Buckhannon, Seaman is under contract to 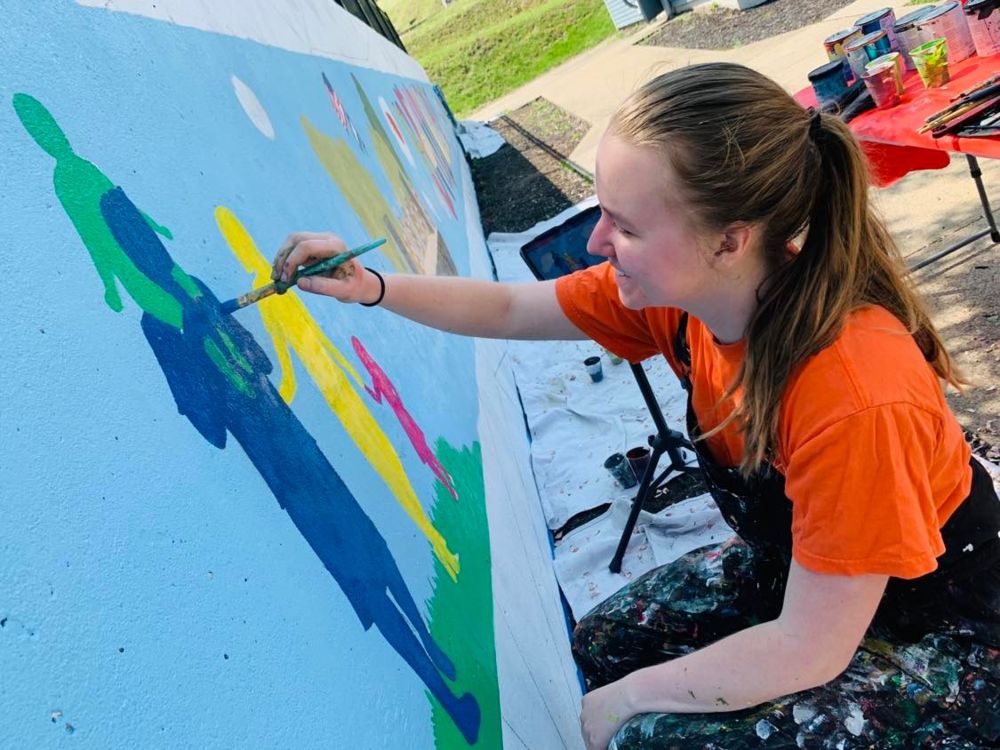 design and create a colorful mural on the concrete wall adjacent to Bridgeport City Pool.

"I've worked a lot with (Parks and Recreation Director) Joe (Shuttleworth) and Coordinator Amy (Callahan), picking their brains for what they thought would be the top elements of the city," she said. 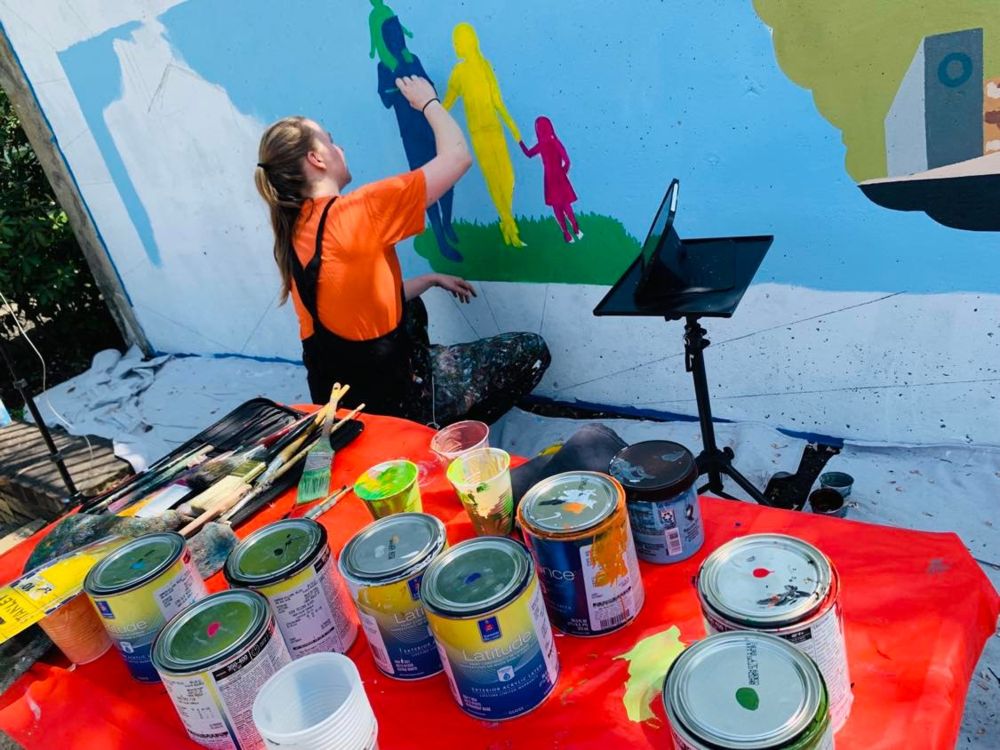 Bridgeport Indian football and soccer are among the elements included in the artwork.

Seaman said she had a general idea of the design when she bid on the job several weeks ago.

"The concept was kind of like this. I wanted to do something really colorful and vibrant. I knew it was right by the pool and kids really love colors," she said. "And I wanted something that would incorporate different elements of Bridgeport."

She said she is thrilled with how the mural is turning out so far and looks forward to seeing the finished product.

Thursday, she had art students from throughout Harrison County assisting her.

"I taped off the triangle and they are helping with the border. That's a big timesaver for me and I really wish I had had the opportunity to 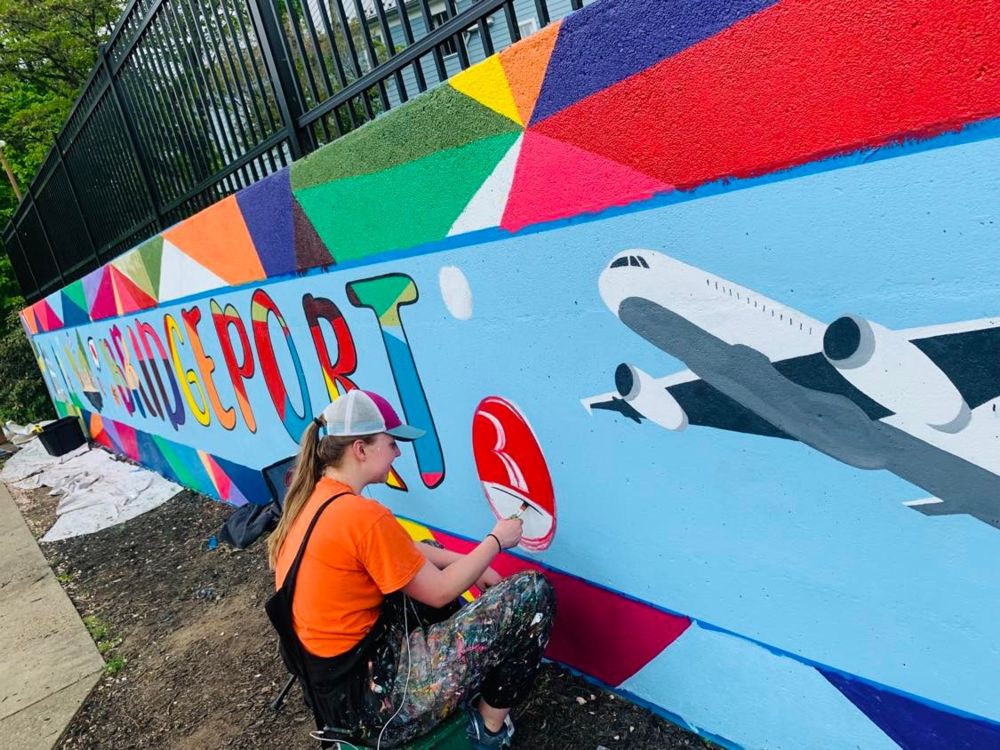 work with a professional when I was a kid," she said. "If there is another artist in the group, it could help them get on the right path."

The artist was pleasantly surprised by the number of students that came to help.

"She said she wasn’t expecting that much interest and support since she has had a difficult time in other communities," Callahan said.
Because of the extra assistance received, Seaman said Friday she might just finish prior to Saturday, the original day she targeted for completion.

From Barbour County, she is a graduate of Philip-Barbour High School and completed studies in communication and studio arts at Ohio's Marietta College. Upon college graduation, she opened her own business, ArtaBella, and works full-time in that endeavor.
Mural creation is among her specialties.

"I've done them on and off growing up and now that I'm a full-time professional, I've done murals in New York, North Carolina, and a few in Ohio and here in West Virginia - all over the place and it's a lot of fun."

The Bridgeport job is one of her first city contracts and should serve to further her career in the mural world.

She said the opportunity is a win-win for her and the city of Bridgeport.

"I know it's a financial investment upfront for the city, but what they're doing is creating tourism," Seaman said. "They're creating a draw. People want the aesthetic. They want the photo opportunity. There are literally some mural tours you can do in some cities, including my alma mater, Marietta, Ohio. It is known for its murals and when they have festivals, people come to see them."

Shuttleworth agrees the mural will be an asset to the city.

"From my point of view, we have taken an ugly wall and made it cool and beautiful. Our committee worked with the artist to create a piece of art that represents Bridgeport, family value, and some of our fun and iconic sites," he said. "Given it proximity to the swimming pool, I think it's going to provide a vibrant backdrop for pool patrons."