It’s been more than two years since the former Tom Davis Garden Center property that is situated along U.S. Route 50 was purchased with the hope seeing new development come aboard. Two-plus years later, the property still sits vacant.
Eric Cochran of Triple L Commercial Properties, who purchased the roughly one-acre parcel, hasn’t been completely frustrated with the wait. Part of the reason stemmed from the fact that the property was getting attention. 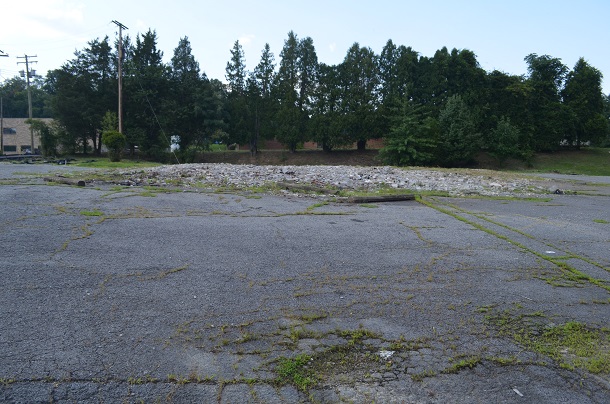 “There was never a time when someone wasn’t interested in the property,” said Cochran. “Several times, in fact, I thought there were deals ready to be done.”
It never happened. Cochran has said in the past that restaurants such as Bojangles and Custard Stand, businesses such as O’Reilly Auto Parts and even Sheetz had looked into the property. More than one of those businesses signed a letter of intent before opting not to go into place for a myriad of reasons.
Now, it appears as Cochran’s wait is going to pay off. The developer said he recently had a purchase agreement put in place but is still waiting on other paperwork and hurdles to be clear.
“It’s about as close to done as being done, but you want to wait until a lease is signed,” said Cochran. 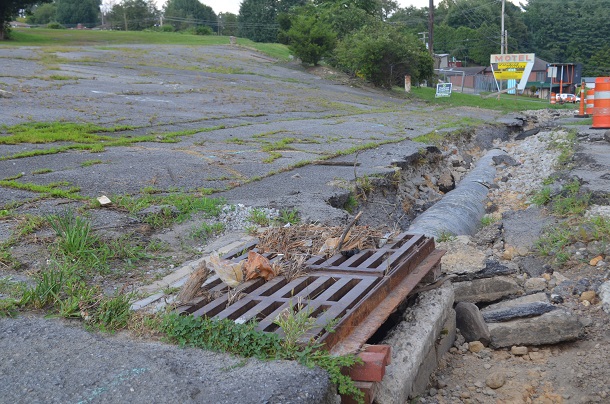 Is it one of the brands previously interested? Is it another brand?
“I can’t disclose what it is at this time,” said Cochran. “I can tell you that this is a national brand coming and I’m very excited about this because from the start it took about 30 days to get everything in place to get where we’re at. I can tell you they’re excited as well and we just have to finish things out, including getting some permits.”
One of the permits should actually be good news for Bridgeport. Cochran said the business needs the culverts that are caving in directly in front of the parcel to be fixed by the West Virginia Division of Highways and that’s being addressed.
“Even with the constant interest it’s nice to see that we’re near the finish line. I would say the latest we’ll be able to disclose this will be in the next 60 days,” said Cochran.
Editor's Note: Top photo shows the vacant parcel, while the bottom area is the damaged culvert that needs repaired.