It has become a Bridgeport holiday tradition. In fact, it’s become a tradition for many outside the city as well.
And for those wondering if the tradition is returning, it is. Associated Businesses of Bridgeport Vice President Doug Marquette confirmed 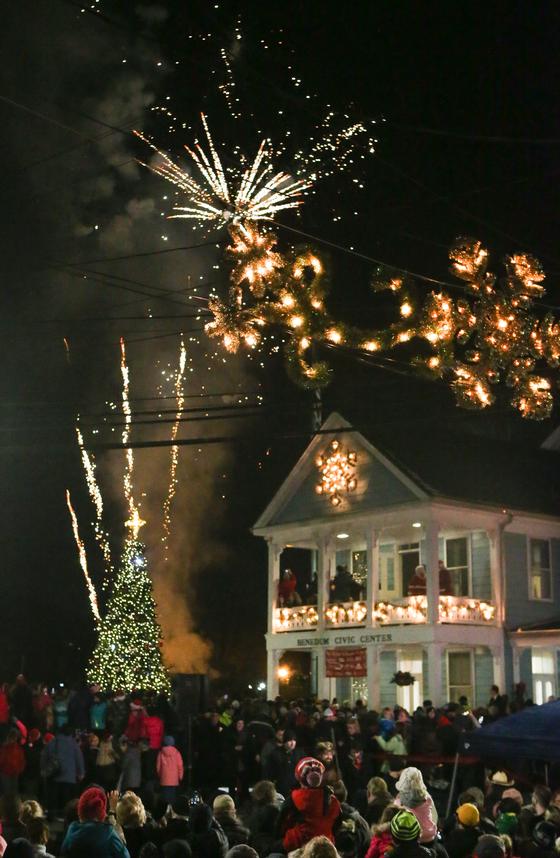 earlier this week the city’s Light Up Night is scheduled and ready to roll. And it is year 15 for the event that draws several thousands to downtown Bridgeport.
“It’s going to be magical once again,” said Marquette. “It’s a combination of things that make it that way. It’s an opportunity for adults to get together, shake hands and give hugs and enjoy this great city. For kids, it’s an opportunity to make memories many will carry with them throughout their adult life.”
The opportunity for that is scheduled for Thursday, Dec. 5. Downtown Bridgeport will be closed off, usually at the Virginia Avenue intersection of Route 50 all the way to Philadelphia Avenue, beginning at 5 p.m.
Marquette said businesses are to be set up and ready to go at 6 p.m. with entertainment starting shortly thereafter. That will be followed by the tree lighting ceremony that begins at 7 p.m.
As for one special part of the tradition that hasn’t changed, it won’t change this year. Everything – from the entertainment to the dozens of free food, drink and gifts given out by ABB members and non-profit groups – is free.
“The one thing you won’t see is a group selling anything. The businesses and the non-profits do an amazing amount of work to share their treasure to make it a special night,” said Marquette. “Their payoff is that it’s an opportunity to say thank you to the community and individuals they do business with.”
As for what’s on tap, there will be some familiar names on the entertainment front. Those 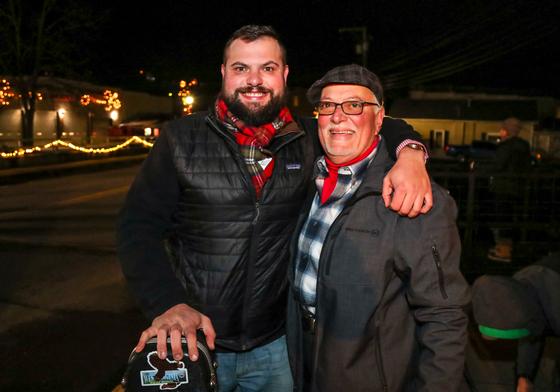 performing include Nat Frederick, Josh Oldaker and Ben DeFazio. There will also be the Bridgeport High School Jazz Band, choirs from the local elementary schools, dancers from Studio 9, the BHS Dance Line and the St. Mary’s Choir. Marquette said there will likely be additional entertainment as well.
“We will be trying to spread the singers out along the route and trying to create an area at the small city parking lot next to the G.A.L. Land Building (corner of Center and Main) that will be roped off for the dancing acts and the St. Mary’s Choir,” said Marquette.
Two other individuals have also been booked. Marquette said confirmation has been received that Santa and Mrs. Claus will be in attendance.
As for the big question every year: Will there be an event-ending fireworks display? The answer said Marquette is yes. 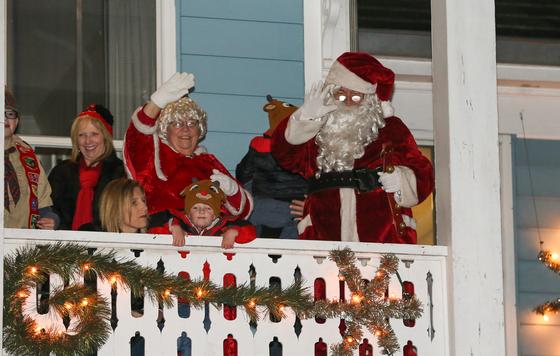 “The fireworks finale is back,” said Marquette. “We know how much everyone enjoys it.”
Marquette said that while it is a City of Bridgeport event, it’s grown to draw many outsiders. He believes the event has a positive impact on those attending of what the community offers.
“I don’t think the intent was or is to have it benefit Bridgeport, but we realize we have a unique event and when you do right things people notice,” said Marquette. “Those I’ve talked to from outside the city that visit have told me it’s a great event. I would imagine it leaves some feeling the city would be a great place to be a part of because, at this event, no one is a stranger.”
Editor's Note: Top photo shows fireworks from last year's event, while entertainer Nat Frederick (left) is shown with ABB member Mark Bonamico in the middle photo. Mr. and Mrs. Claus wave to the crowd in the bottom photo. Photos by www.benqueenphotography.com.