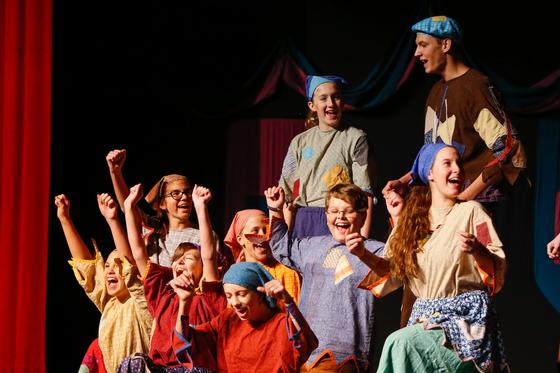 As the week of Thanksgiving approaches, it brings with it visions of side dishes and anticipation of Black Friday.  It also offers the opportunity to enjoy the annual Missoula Children’s Theater production at Bridgeport High School.  This year, magic beans are involved in the show as they present “Jack and the Beanstalk.”
Auditions for the play, which will include over 40 roles for students in Kindergarten through 12th grade, will be on Monday, November 18 from 4 to 6 p.m. at the Bridgeport High School Auditorium.
“This is a regional project and students from surrounding cities and counties are welcome to audition,” said coordinator Michele Skaggs.  “In the past, everyone has gotten a part and it is a wonderful opportunity for children of all ages to see the process of how a production unfolds.” 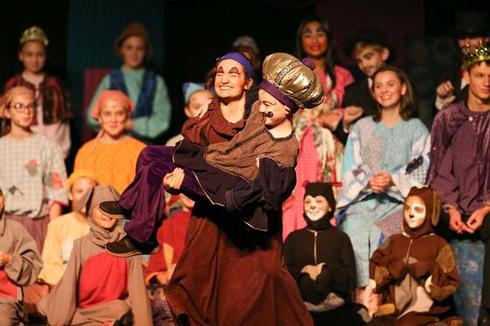 Rehearsals will be from 4-6 p.m. every evening that week, but not everyone is required to be present at every rehearsal.  On Saturday, November 23, the children will have an early dress rehearsal before performing the show at both 2 and 7 p.m. at BHS.
The Missoula program is unique in that two professional actors come from Missoula, Montana to assist with the show.  One directs and one acts in the production to help actors who may forget their lines. In one crazy, fun-filled week, the production is created from beginning to end.  Students delve into the thrill of the theater and parents embrace having their little ones on stage.
In the past, Missoula Children’s Theater has performed a number of notable shows, including Robinson Crusoe, Snow White, Robin Hood, and Aladdin.  The total fee for the whirlwind week is over $3000 and sponsors are a vital part of the process. Area sponsors who value the arts make these productions possible.
“Introducing students to the theater at a young age has been proven to increase creativity and help them to develop cultural connections,” said Skaggs.  “This is a Thanksgiving break tradition for many families and one very much worth celebrating.”
Additional questions can be directed to Skaggs at skaggadini@frontier.com.
Editor's Note: Photos by Ben Queen Photography were taken during the 2017 production of "Cinderella."