The Robinson Grand Performing Arts Center is proud to announce that The Gambler Returns: the Ultimate Tribute to Kenny Rogers will play downtown Clarksburg on Sunday, Oct. 30, at the historic Robinson Grand Performing Arts Center, located at 444 W. Pike St. in Clarksburg.
Experience the music of Grammy Award-winning superstar Kenny Rogers. A musical experience that spans over six decades of hit after hit songs! His music is loved throughout the world and connects with generation after generation. Kenny’s command of the stage, heartfelt performances, gift for storytelling, and distinctive voice are all on full display in this honoring recreation of his live performances. 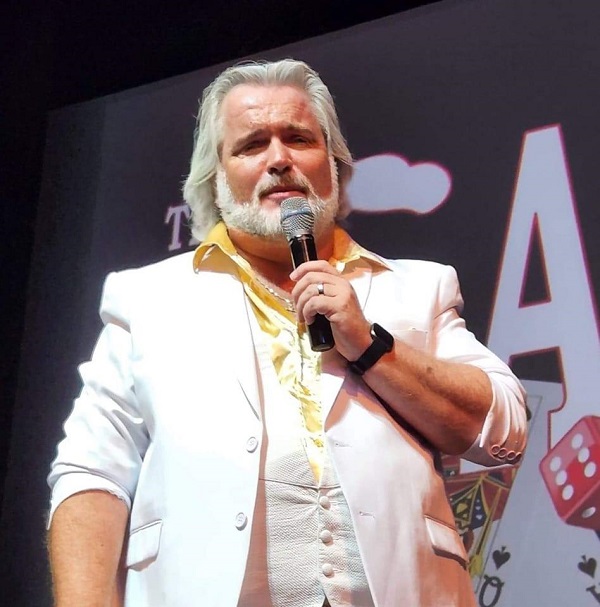 “The tribute acts that we are able to bring to the Robinson Grand offer a unique opportunity for our audiences,” said Jason A Young, the Robinson Grand’s program manager. “This is an affordable way to see an amazing tribute to an artist that audiences will never be able to see live again.”
Award-winning country recording artist Alan Turner recreates the magic of a night with Kenny in the Ultimate Kenny Rogers Tribute Show, The Gambler Returns. This full-band, top-production show will take audiences on a musical journey through the career of an American Icon and Legend that sold over 120 million albums worldwide and racked up some 24 No. 1 hits; including “The Gambler,” “Lady,” “Islands in the Stream,” “Lucille,” “She Believes in Me,” and so many more.
“I defy someone, anyone, to tell me that they don’t know a Kenny Rogers song,” said Young. “And after this show, I think audiences will leave the Robinson Grand wanting more music from Alan Turner.”
The Robinson Grand Performing Arts Center is one of West Virginia's premier performance venues. A recent $15 million renovation has transformed our beautiful historic local theater into one of the state's most spectacular small theater destinations in which to experience an event. Preserving the distinct historical charm of the 1913 theater, the Robinson Grand boasts the most modern updates and conveniences of any local performance venue. The comfortable 1,000-seat size of the theater makes every seat feel intimately connected with the onstage performance.
Tickets for The Gambler Returns: the Ultimate Tribute to Kenny Rogers start at only $20. Tickets go on sale to the general public on Friday, August 5, 2022, at 10:00 a.m. All tickets can be purchased online at tickets.therobinsongrand.com or by calling the Robinson Grand ticketing center at (855) 773-6283.
Editor's Note: Submitted photo of Turner.