When illness hit the Miller family last year, it didn’t know who it was messing with.  The entire family is referenced because they are a 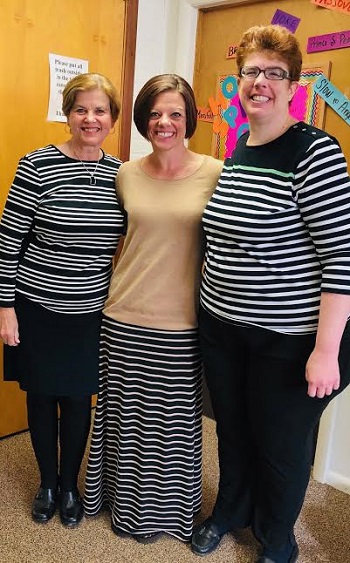 dynamic force collectively and they remain united as one of them faces uncertainty.
This time last year, Bridgeport High School alumnus, Christie Miller was working at Golden Harvest Assisted Living Home, thinking about how special the holidays had been with her friends and family.  She graduated from BHS in 1998, the year before her younger sister, Amy and five years after her brother, John Paul.
Being the children of Dickie and Becky Miller, the family has a legacy of kindness. They were instrumental in the development of the Angel Luv program at Lincoln High School that has served thousands of underprivileged teens for over 25 years.
That constant thread of generosity and compassion is now woven into a new generation, showcasing the bonds of family and faith.  In March of 2018, the entire Miller family began a journey no one would choose, but one that has ultimately demonstrated the power of healing through prayer.
After noticing a few spots on her scalp, Christie consulted her dermatologist to make sure they weren’t anything to be concerned with.  While waiting on the biopsy results, the family didn’t really worry because Christie was not in the sun often and had never been to a tanning bed, so she wasn’t considered high risk for skin cancer.  While attending their great aunt’s funeral in Michigan, Christie received a call that would change her life for the next two years.
When she was told that she had stage 4 inoperable Melanoma skin cancer, it was a complete shock to the entire family.  From the beginning, however, Christie knew that God was healing her.
“She didn’t say that He might heal her or that she hoped He would heal her,” said her sister Amy Hinkle. “She said he was healing her.  Her courage and confidence were admirable to all of us and she has been surrounded by a wonderful medical team and a fiercely supportive group of friends and family.”
While rejoicing that none of her organs had been affected, Miller received news that the cancer could not be removed because it had already spread to other parts of her scalp. Ultimately, her best plan of action was a two-year journey of immunotherapy treatments twice a month.  Throughout the process, she had several challenges, including an infected chest port, an extended hospital stay and long-term antibiotic use, but Miller didn’t complain.
“Her bravery throughout the process has been remarkable,” said Hinkle.  “She just completed her sixteenth treatment and the PET scan results continue to show progress, thanks to God’s healing power.” 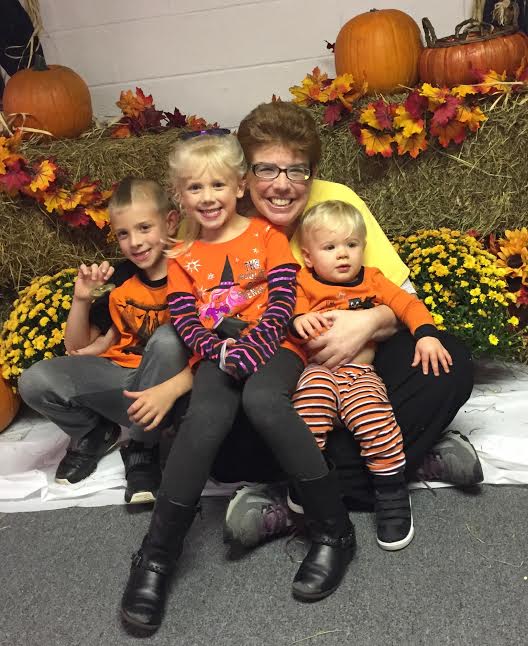 The support of her parents, sister and brother have been a huge inspiration for Christie as she undergoes her treatments.  Her nieces, Addyson and Iris, and her nephews, Henley and Hudson, have kept her spirits up as they are a constant reminder of God’s goodness.
“Although her world has changed and there have been challenges, Christie is strong and, most importantly, faithful in her fight against this disease,” said Hinkle. “She is living proof of the power of prayer and continues to be an inspiration to us all.  In our family, no one travels through adversity alone and we will be with her throughout the entire process.  Watching her scans come back clear only confirms our faith that she will be healed and we are so thankful to all those who continue to lift her up in prayer.”