Christa Parker and Tricia Bombardiere spend a lot of time together. They work together, they cry together and they laugh together.
Lately, a lot of the laughter comes from making gnomes together. 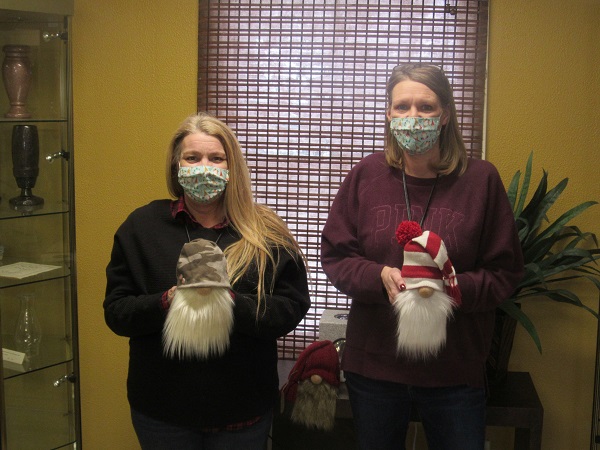 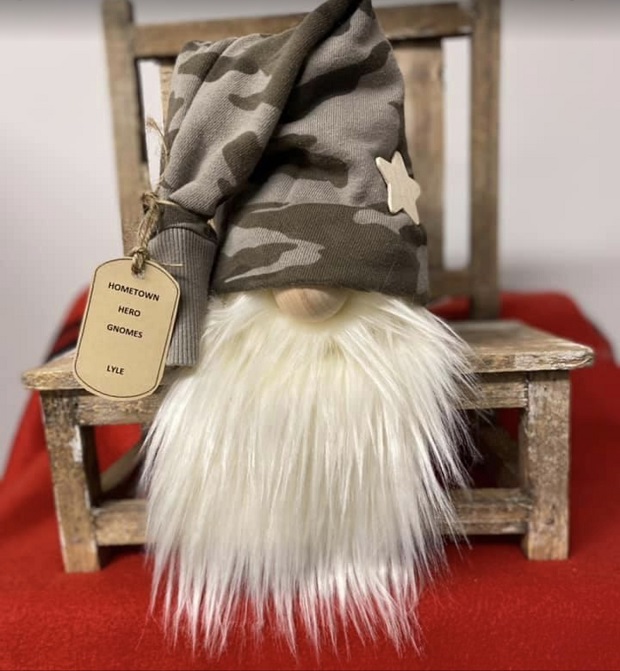 Parker and Bombardiere are the gnome makers and they basically run marketing and distribution right from the same gnome workshop. Now, this isn’t a normal fundraiser, where a gnome is made and then simply sold. It’s slightly more complex than that and as it turns out significantly more enjoyable.
In-depth details on how to purchase a gnome can be found on the Hometown Hero Gnomes Facebook page, which can be accessed HERE
Basically, any interested party needs to join the Hometown Hero Gnomes Facebook group and when a gnome “drops,” the first person to respond with “Sold” gets the gnome. There is then a time limit to purchase it (the gnomes are generally in the $20 to $30 range) then arrangements are made to pick up the gnome – usually at the Cemetery Office.
“These gnomes are hot,” Bombardiere said. “You have to be pretty fast to get them.”
The drop process for the gnomes stems from the fall when the PlayStation5 went on sale.
“Anytime a store was in stock a tactical nuke would go off and you would have to hurry up, get to Best Buy, get it in your cart and check out,” Bombardiere said. “We did this for eight weeks for my son and finally got one. I think it’s addictive, it’s challenging, it’s competitive and it’s fun.”
Parker said they were still in dropper mode when it became time to launch the Hometown Hero Gnomes.
“You have to comment “sold” first,” Parker said. “You have to be fast. But every now and then we will do something like if you already have one, ask to please let somebody else get one that way we give somebody else a chance because some people are faster than the others
“We just drop whenever we can. There are no set times, so whenever that drop notification pops up, the first person who comments “sold” usually gets it.” 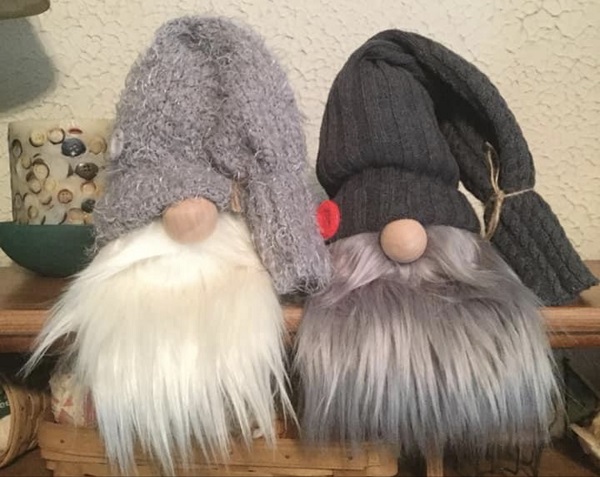 Parker said they also occasionally give away free ones and there is an option to be a Hometown Hero Angel where somebody can pay for one and it goes to one of the members of the group.
Certain colors seem to sell even faster. Camo is popular as are ones dressed in colors of the local high schools or WVU.
Parker said every gnome is different and every gnome has its own personality.
The gnome makers even have their personal favorites. Parker’s is a camo clad gnome named “Parker,” while Bombardiere’s is one with a red and white striped hat named “Bomb.”
After the first two weeks of the fundraiser, 200 Hometown Hero Gnomes have found new homes and the rate doesn’t appear to be slowing down anytime soon.
“Really it depends on how we keep the group engaged,” Bombardiere said.
She added that there are plans for a twice-a-month selling of “In Memory of” gnomes where the first 10 people who comment on the post can bring in a t-shirt to be used for a gnome.
In addition to raising money for Wreaths Across America, something else pleasant has happened that was perhaps unexpected. Adults, sometimes strangers even, are interacting on social media and having a good time with no arguments.
“It’s fun because not everybody in the group knows everybody,” Parker said. “They are all interacting and I think that’s a great thing. Everybody is being so friendly and encouraging and it’s so nice.
“The gnomes are gone within in minutes. It’s kind of fun to watch. I do like the fact that everybody is coming together as friends. It’s maybe a 10-minute break from COVID or the new president or from the weather. Everybody is laughing.”
Bombardiere added, “With this fundraiser, I see us bringing in different people for Wreaths Across America. And that is awesome. These gnomes have been fun for everybody and they are creating awareness for Wreaths Across America.”
Parker said it takes about 15 minutes to make a Hometown Hero gnome. A lot of the work is done on weekends when they prep the bodies then hats and fur get added in an assembly line fashion. 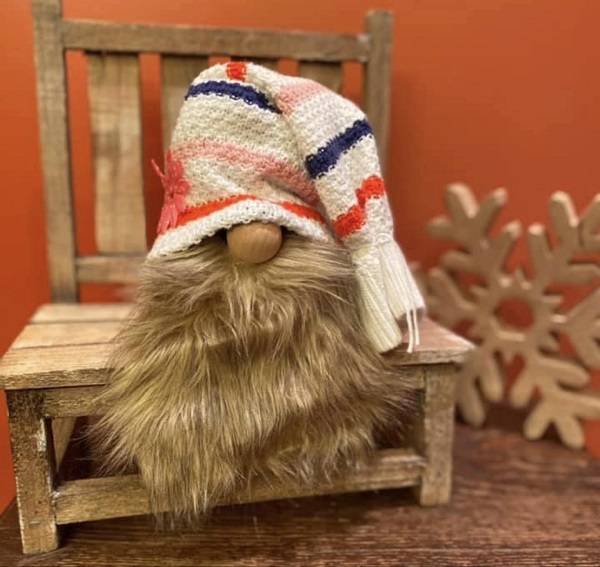 Regardless of how long it takes, friendship seems to be a key ingredient in the process.
“We’ve always made a great team. We’ve even gotten to the point where we finish each other’s sentences. We think the same. When we are back there together or somewhere making the gnomes, we do a lot of laughing.
“We’ve gotten attached to these gnomes. They kind of name themselves. After we put them together and look at them, they really look like a ‘George’ or a ‘Henry.’ We do photo shoots with them. We crack each other up.”
To join the Hometown Hero Gnomes Facebook Group, click HERE
For more information about Wreaths Across America, click HERE
Editor's Note: Top photo is of Parker (left) with "Parker" and Bombardiere with "Bomb." Bottom three photos courtesy of Hometown Hero Gnomes Facebook page.