Time Travel: A City Dinner Gathering Decades Ago and Going Back to a Major Clarksburg Flood in 1967 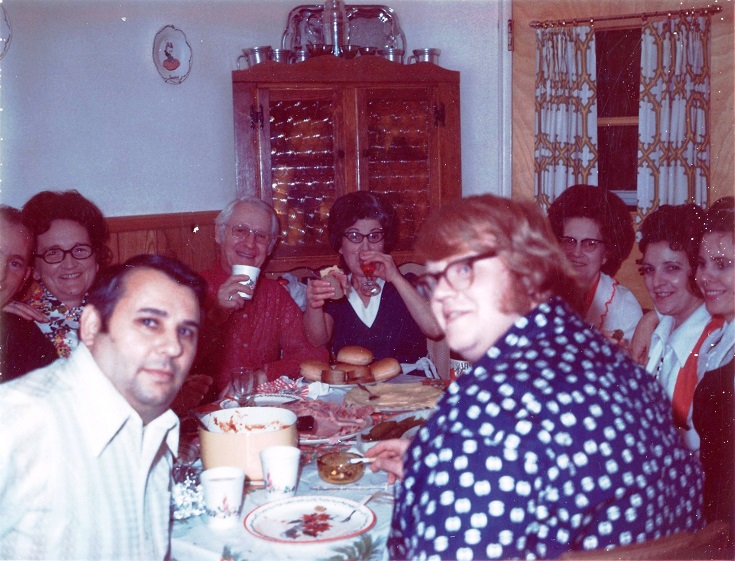 So who do you recognize at this dinner taking place in the city decades ago? The date of the photo and the reason for the dinner are not the only unknowns. Although it is believed Louis Oliverio, Ben Penti and Kelly Blackwell are all in the photo, it's not 100 percent certain. As for the others, if you know who they are, please feel free to comment in the comment section below. 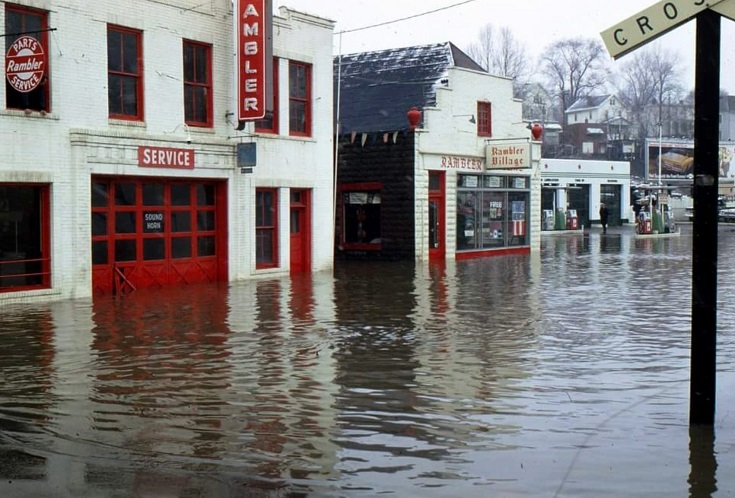 This isn't a photo from the mid-1980s flood that leveled much of Harrison County and West Virginia. However, it is at the intersection of Milford Street and Pike Street in Clarksburg and shows some old businesses that are no longer in operation, including "Rambler Village" and a Rambler Service Station. The photo from the West End of Clarksburg is from 1967.
Editor's Note: This ongoing photo feature of pictures from Bridgeport and throughout the Mountain State is part of local historian Richard "Dick" Duez's collection. Duez, the unofficial historian of Bridgeport, would appreciate any scanned photos emailed to him for use here or to include in his ongoing efforts to preserve local history. You can email photos, or let him know how to acquire copies of photos you may have in your possession, to Duez at dick.do@citynet.net.

Yes, I recognize Benny Pinti and Kelly Blackwell. I also recognize Mrs. Nuzum in the back left. I believe that is Mr. Nuzum to her right. (Don, Jim, and Richard's mother and father) Did Louis Oliverio own the Dry Cleaners where Edward Jones is now?