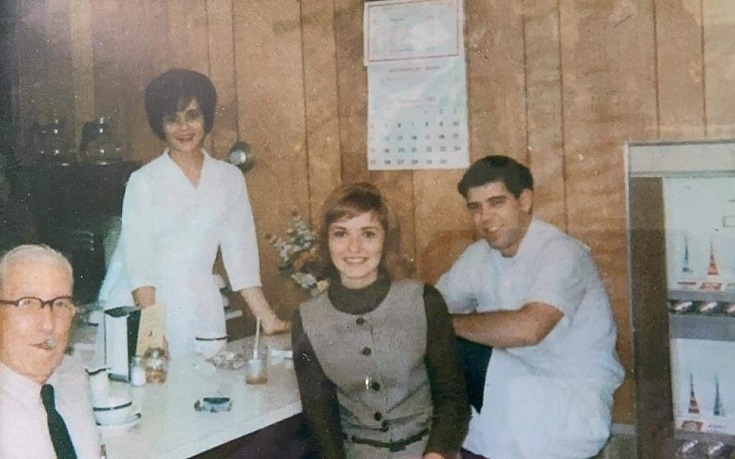 This photo, believed to be from 1965, is courtesy of James Simon. It is inside the original Sonny's Restaurant, which today is Oliverio's Ristorante. Shown, from left, is Tony Oliverio, Sonny's grandfather, Shirley Oliverio, Jenny Lee Oliverio, and Sonny Oliverio. Notice also the cigarette machine to the far right, which are almost extinct today. 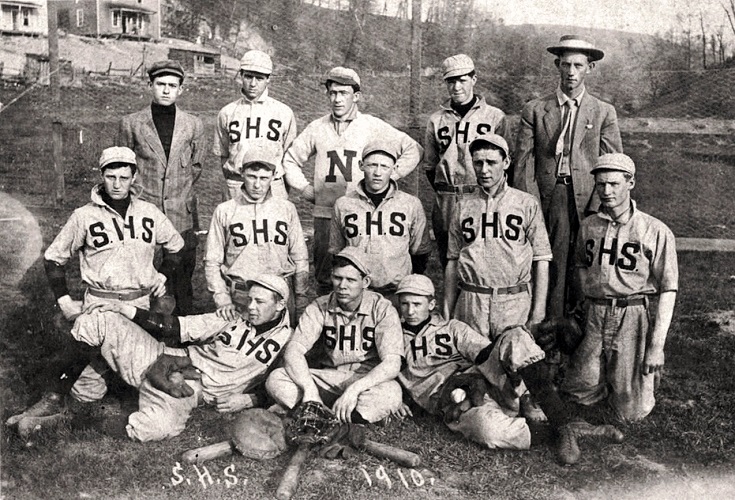 Here is one more than a century old. This photo shows the Shinnston High School baseball team from 1910. Anyone who may have information on who is shown in the photo is asked to add it to the comment section below.
Editor's Note: This ongoing photo feature of pictures from Bridgeport and throughout the Mountain State is part of local historian Richard "Dick" Duez's collection. , the unofficial historian of Bridgeport, would appreciate any scanned photos emailed to him for use here or to include in his ongoing effortsDuez to preserve local history. You can email photos, or let him know how to acquire copies of photos you may have in your possession, to Duez at dickdo@citynet.net.