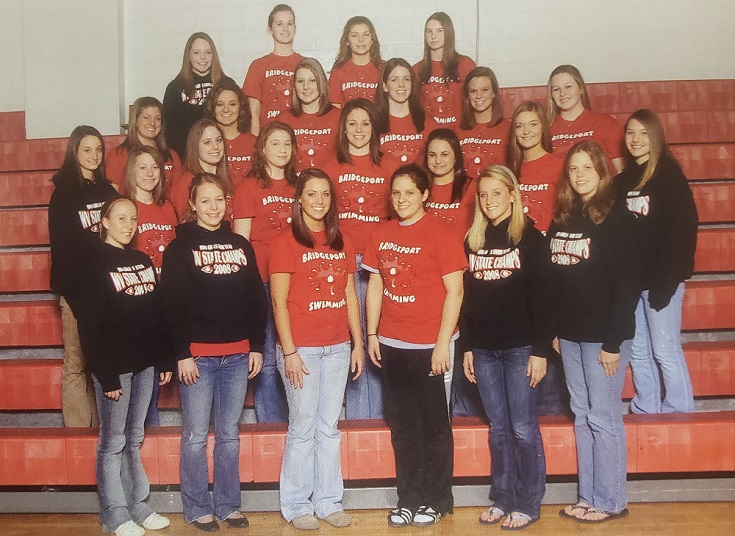 Bridgeport has had a long history of successful swimming teams and 2008 was not the exception. The girls earned the state championship that season with a perfect 13-0 record. See anyone you know? If so, identify them in the comment section below. 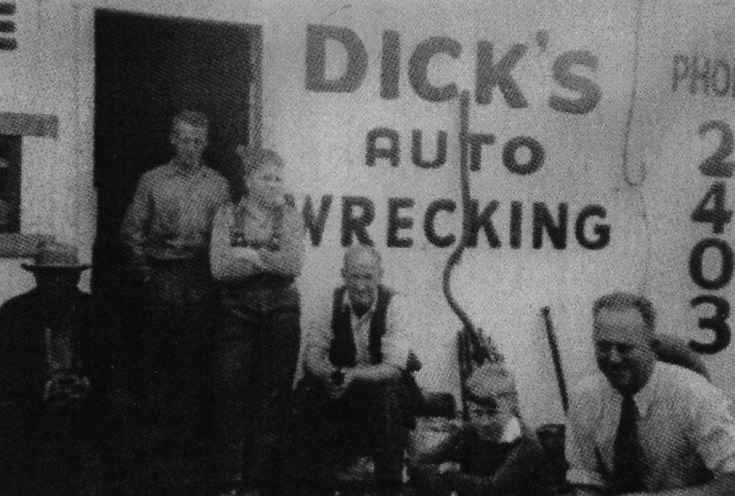 Although the exact date of this photo is unknown, it is believed to be from the mid to late 1920s in Harrison County. It is showing workers and others at Dick's Auto Wrecking that was located near Summit Park. The building has long since gone the way of history.
EDITOR'S NOTE: This ongoing photo feature of pictures from Bridgeport and throughout the Mountain State is part of local historian Richard "Dick" Duez's collection, the unofficial historian of Bridgeport, would appreciate any scanned photos emailed to him for use here or to include in his ongoing efforts Duez to preserve local history. You can email photos, or let him know how to acquire copies of photos you may have in your possession, to Duez at dickdo@citynet.net.