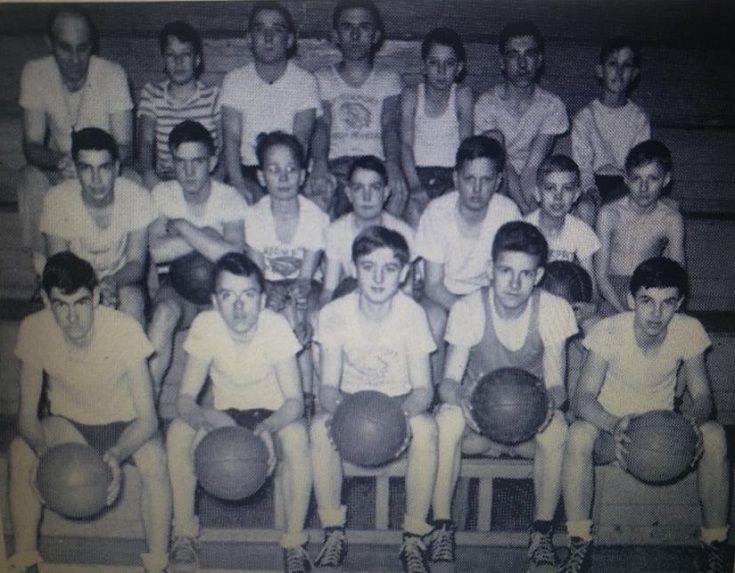 Although not a clear photo, this is the Bridgeport Junior High School 1948 basketball team. First names were not included with the photo, but last names and some first initials were. Those listed in front row, from left, are L. Freshour, Wine, Hill, Radcliff, and Carter. Second row, from left, B. Freshour, Reed, Mayo, Hanna, McDonald, McCartney, and Knight. Third row, from left, Coach T. Cross, Harris, Nicholson, Satterfield, Maxson, Kesling, and Matheny. 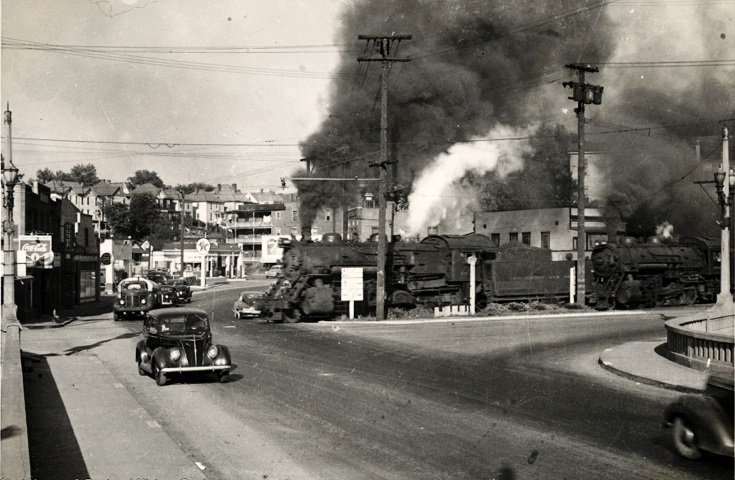 This roadway look familiar? It should. It's the intersection of Pike Street and Milford Street in Clarksburg. The photo is from 1944 and shows a train crossing the roadway. Directly behind the train today is the Clarksburg Wendy's location.
Editor's Note: This ongoing photo feature of pictures from Bridgeport and throughout the Mountain State is part of local historian Richard "Dick" Duez's collection. Duez, the unofficial historian of Bridgeport, would appreciate any scanned photos emailed to him for use here or to include in his ongoing efforts to preserve local history. You can email photos, or let him know how to acquire copies of photos you may have in your possession, to Duez at dick.do@citynet.net.