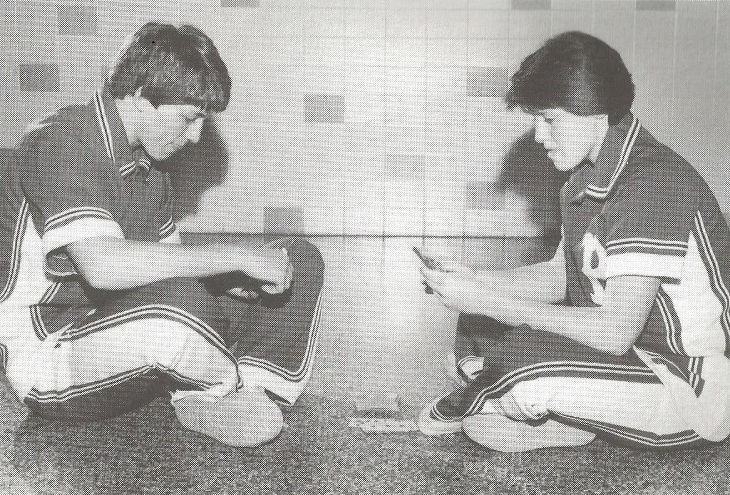 This photo is from the May, 1983 issue of the Shawnee Powwow Magazine. Do these two look familiar? The photo shows seniors Scott Connor, left, and Carey Bailey playing a game of gin rummy as part of a spoof for being chosen as "Most Athletic" at Bridgeport High School. 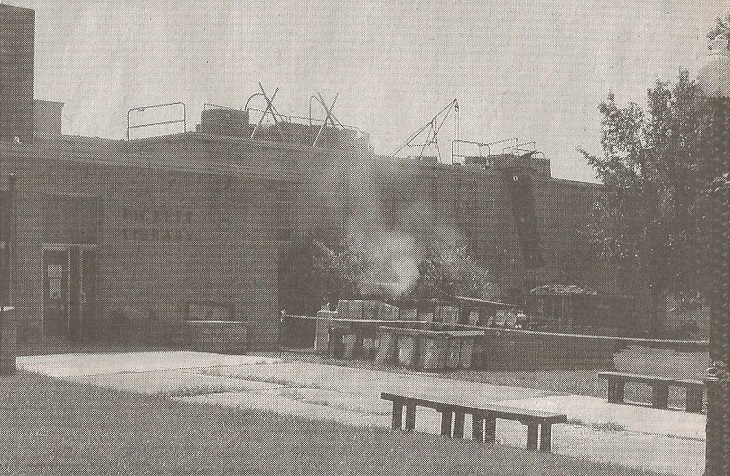 This photo from the summer of 2001 is on the campus of then Alderson-Broaddus College (now University). The college was doing hundreds of thousands of dollars in upgrades, including putting a new roof on the Pickett Library on campus.
Editor's Note: This ongoing photo feature of pictures from Bridgeport and throughout the Mountain State is part of local historian Richard
"Dick" Duez's collection. Duez, the unofficial historian of Bridgeport, would appreciate any scanned photos emailed to him for use here or to include in his ongoing efforts to preserve local history. You can email photos, or let him know how to acquire copies of photos you may have in your possession, to Duez at dick.do@frontier.com.