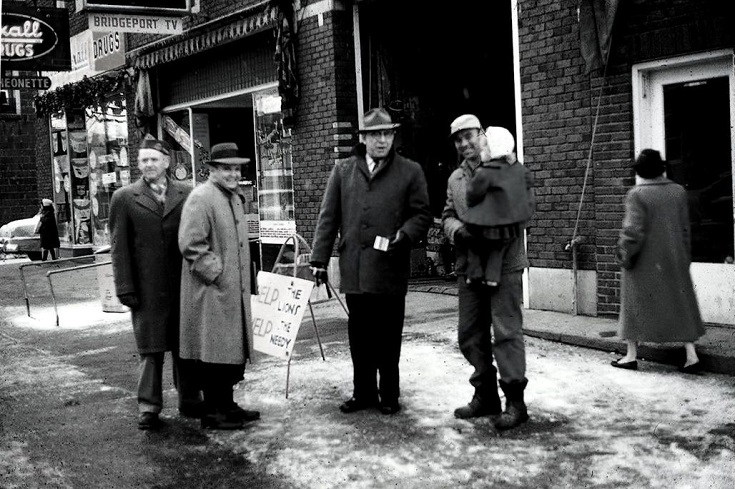 This photo from Bill McCartney is believed to be from the late 1950s and it shows something that still takes place to this day - the Bridgeport Lions Club doing good deeds. In this particular photo, they are collecting funds during Christmas. The area in question is along Main Street and to the left you can see the intersection with Center Street. If you recognize anyone in the photo, please add the information in the comment section below. 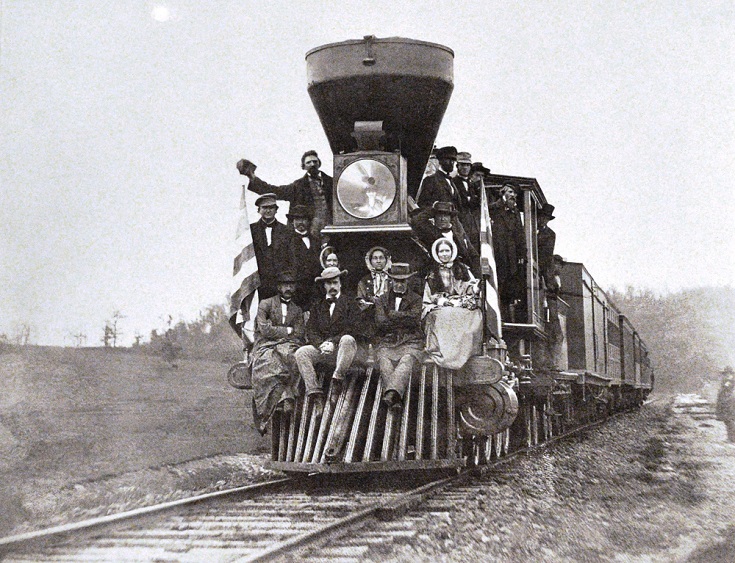 THe folks shown on the front of the train in this 1857 photo are artists who did work for the B&O Railroad. They are celebrating a new section of railroad built in Piedmont, in Mineral County, as the train would eventually make its way to Grafton, Bridgeport, and Clarksburg before ending in Parkersburg.
EDITOR'S NOTE: This ongoing photo feature of pictures from Bridgeport and throughout the Mountain State is part of local historian Richard "Dick" Duez's collection, the unofficial historian of Bridgeport, would appreciate any scanned photos emailed to him for use here or to include in his ongoing efforts Duez to preserve local history. You can email photos, or let him know how to acquire copies of photos you may have in your possession, to Duez at dickdo@citynet.net.

...you can also see Furbee's drug store. The fellow in the lighter overcoat looks like Jim Frush who was a realtor here in town. Bridgeport TV is also in view. Asa Gawthrope I believe was the owner???