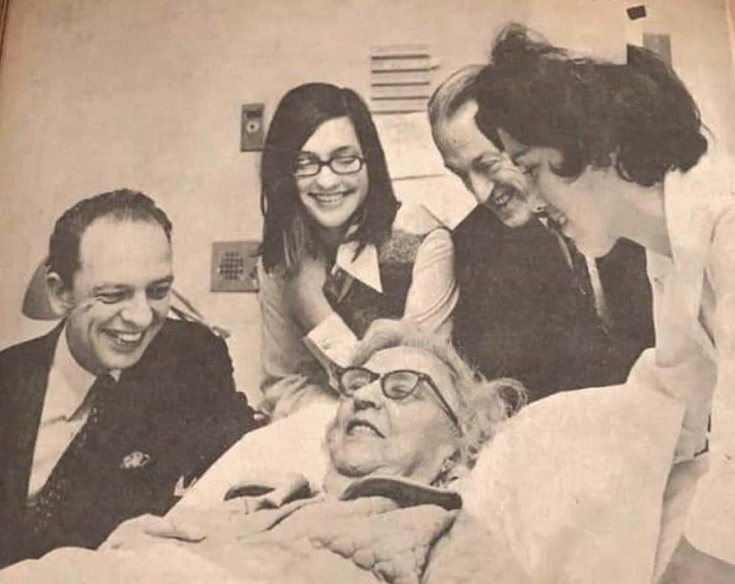 The person on the far left many may recognized as West Virginia's own Don Knotts. The Morgantown native was having his mother, Elsie Knotts, being taken care of with his daughter Karen and brother Sid shown as well. What does this have to do with Bridgeport? The nurse on the right is Imelda Deegan who grew up on Davisson Street and whose father with a multiple term mayor here in Bridgeport that spouts the famous Deegan name. Imelda Deegan later became a doctor after serving as a nurse, a profession her mother was in for years at St. Mary's in Clarksburg. 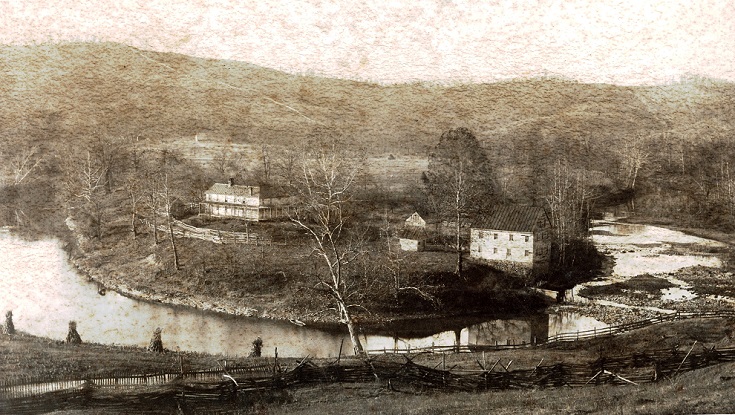 This is a photo of Jackson's Mill. And it is a bit old. It is from the turn of the century and is believed to be from the year 1900.
EDITOR'S NOTE: This ongoing photo feature of pictures from Bridgeport and throughout the Mountain State is part of local historian Richard "Dick" Duez's collection, the unofficial historian of Bridgeport, would appreciate any scanned photos emailed to him for use here or to include in his ongoing efforts Duez to preserve local history. You can email photos, or let him know how to acquire copies of photos you may have in your possession, to Duez at dickdo@citynet.net.