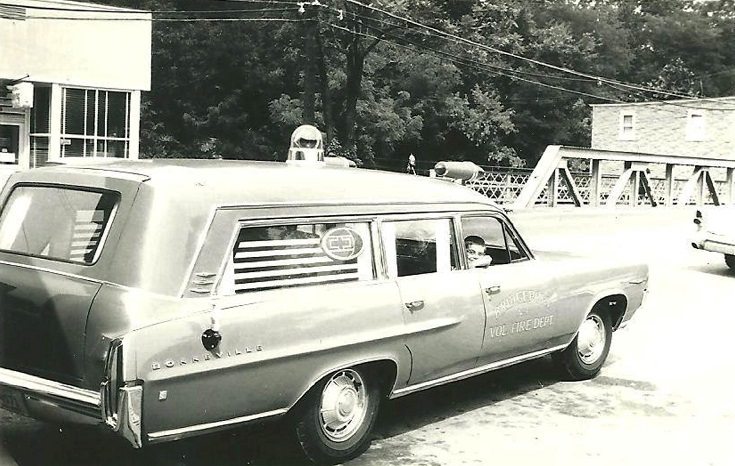 This photo is from 1964 and shows the pride of the Bridgeport Fire Department - a new ambulance. The young man sitting up front is Mike Salvio Jr., whose father was a beloved member in assistance with many phases of emergency services. Although he has since passed, Mike Salvio Sr. retired as a dispatcher for the Police Department and was beloved by the staff there. 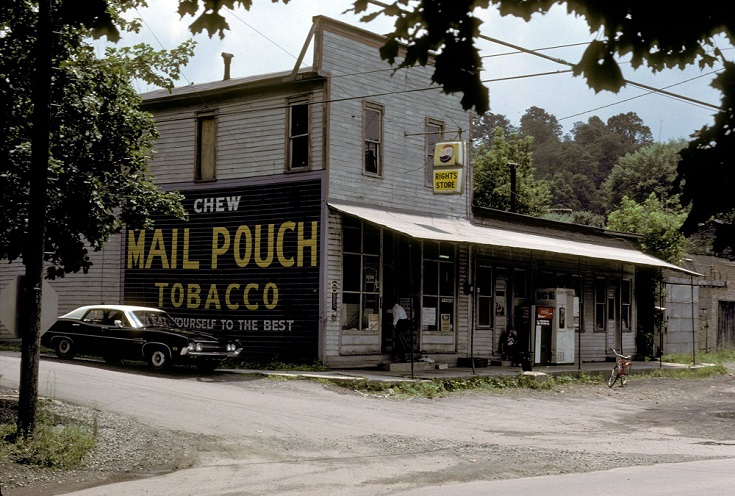 Anyone recognize this? It's from the community of Junior in Barbour County. Although the exact date of the photo is unknown, it's several decades old at shows Right's Store.
Editor's Note: This ongoing photo feature of pictures from Bridgeport and throughout the Mountain State is part of local historian Richard "Dick" Duez's collection. Duez, the unofficial historian of Bridgeport, would appreciate any scanned photos emailed to him for use here or to include in his ongoing efforts to preserve local history. You can email photos, or let him know how to acquire copies of photos you may have in your possession, to Duez at dick.do@citynet.net.