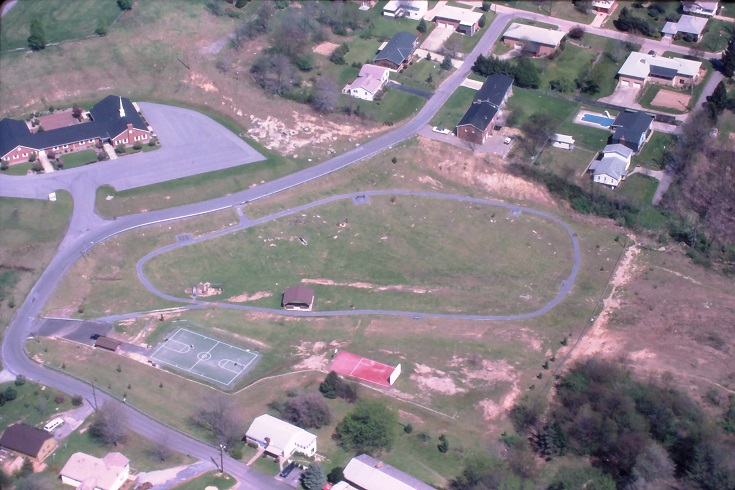 Look familiar? This is an aerial view of Compton Park, as well as portion of the Bridgeport Presbyterian Church and the surrounding neighborhood, believed to be from 1987. As you can see, there have been a multitude of changes since this photo was taken. 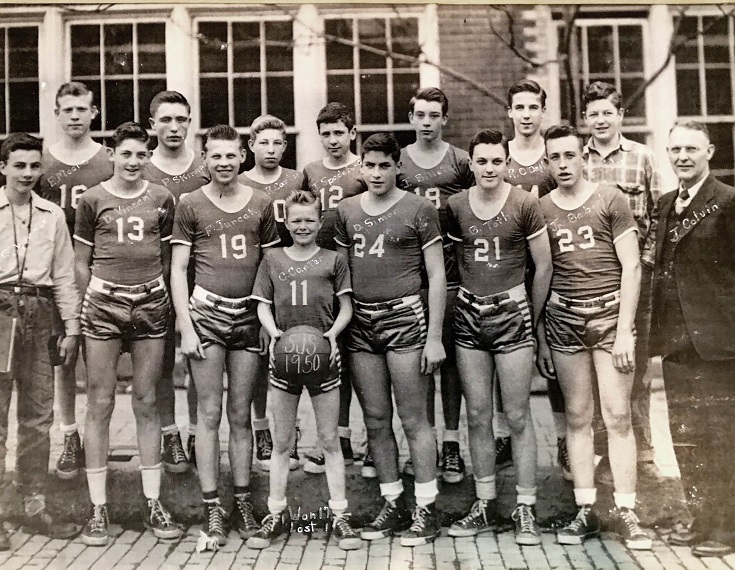 This is a photo of Shinnston Junior High's 1950 Junior High boys basketball team than finished the season 17-1. The last names of the individuals are shown on the shirts, including - front row, second from left - Don Vincent, who later would play at West Virginia University and star with Jerry West.
EDITOR'S NOTE: This ongoing photo feature of pictures from Bridgeport and throughout the Mountain State is part of local historian Richard "Dick" Duez's collection, the unofficial historian of Bridgeport, would appreciate any scanned photos emailed to him for use here or to include in his ongoing efforts Duez to preserve local history. You can email photos, or let him know how to acquire copies of photos you may have in your possession, to Duez at dickdo@citynet.net.