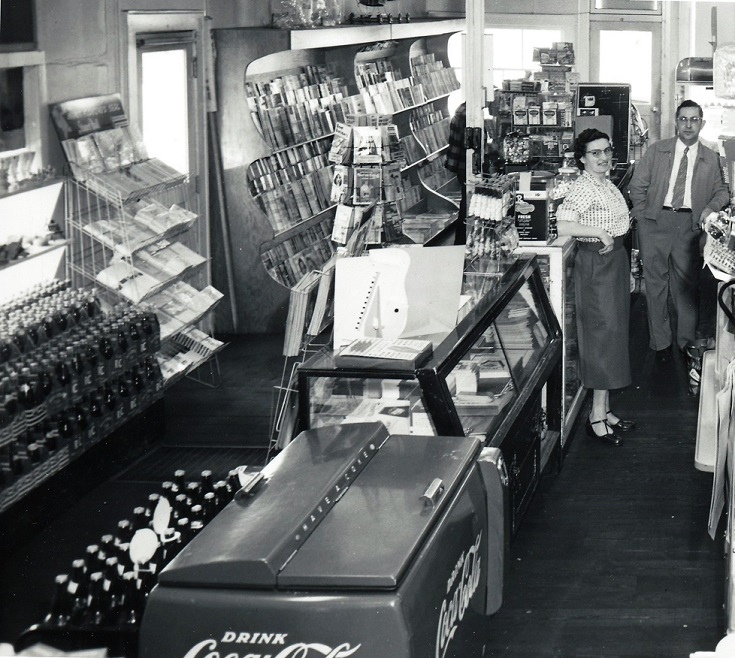 Here is a classic photo from decades ago showing you the inside of the highly popular Handy Shop that was frequented by many. The femaile shown is believed to be Elenor (sp?) Camp. Have memories of this place and know exactly who is shown? If so, comment below. 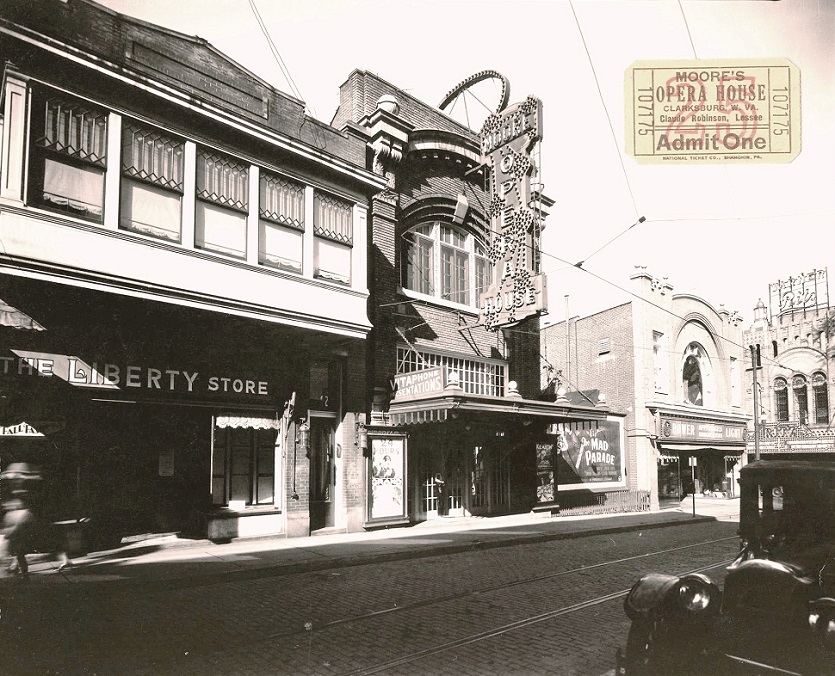 The date of this photo is unknown, but the car to the right and the street car tracks in the middle of the brick roadway may give some who have local knowledge an idea. This is a photo primarily of Moore's Opera House on Fourth Street in Clarksburg. The Liberty Store is shown to the left and a ticket stub is shown at the top of the photo. Like above, if you have memories of this establishment, add them to the comment section below.
Editor's Note: This ongoing photo feature of pictures from Bridgeport and throughout the Mountain State is part of local historian Richard "Dick" Duez's collection. , the unofficial historian of Bridgeport, would appreciate any scanned photos emailed to him for use here or to include in his ongoing effortsDuez to preserve local history. You can email photos, or let him know how to acquire copies of photos you may have in your possession, to Duez at dickdo@citynet.net.