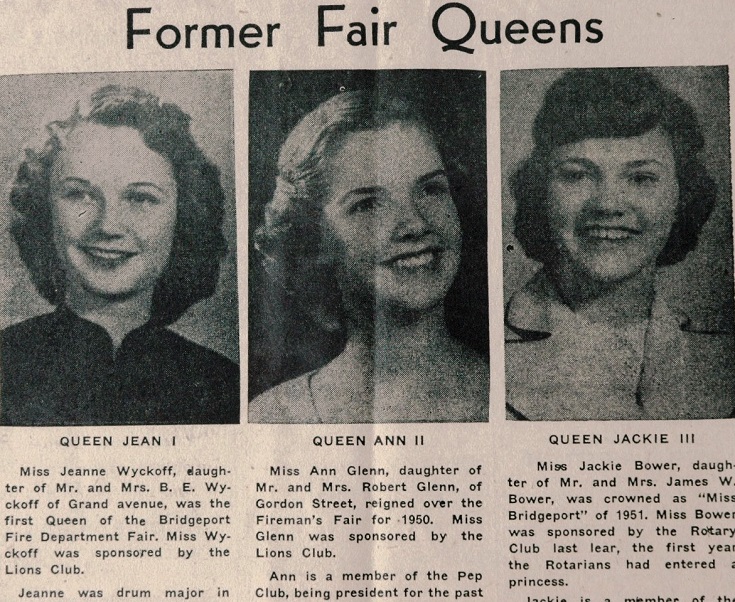 Remember these ladies? Although there is only a portion of this article remaining, it is thought to be from 1952 and comes from one of the old newspapers that served the city during that time period. They are all former Fireman's Fair Queens. If you have any memories of these three, feel free to add a comment in the section below. 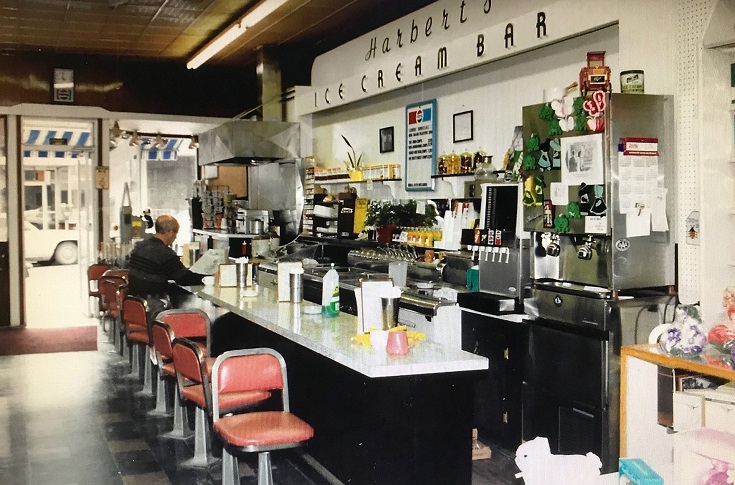 This photo from 1966 shows Harberts Drug Store that was situated on Fourth Street in downtown Clarksburg. At that time, ice cream bars were common in most pharmacies and Harberts was no exception as the sign above the bar shows.
EDITOR'S NOTE: This ongoing photo feature of pictures from Bridgeport and throughout the Mountain State is part of local historian Richard "Dick" Duez's collection, the unofficial historian of Bridgeport, would appreciate any scanned photos emailed to him for use here or to include in his ongoing efforts Duez to preserve local history. You can email photos, or let him know how to acquire copies of photos you may have in your possession, to Duez at dickdo@citynet.net.