Time Travel: Front Sidewalk of J. Eddie Candies in the 1950s and Outside Hite Field Locker Rooms in 1981 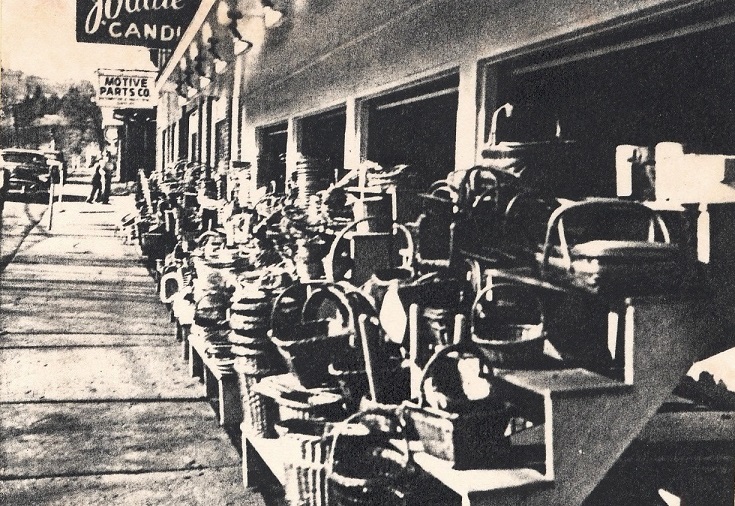 While the shop was known for its treats, here's something else J. Eddie Candies was known for during its long run in the City of Bridgeport - baskets. This collection is shown in front of the store in this photo from the mid-1950s. 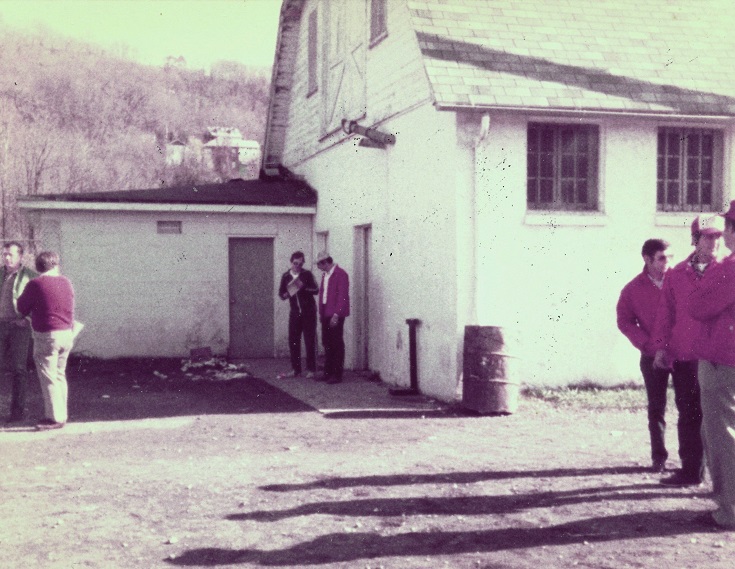 This is a photo outside of the locker room facilities from 1981 at Hite Field in Clarksburg. Although it's not clear, the two individuals in the middle appear to be a reporter and a coach being interviewed. Due to several teams using the field, it's unclear what team may be be playing. However, the red being worn by several likely indicates Bridgeport, Roosevelt-Wilson or even Liberty High School. If anyone can make an observation from this photo, make a comment in the comment section below.
Editor's Note: This ongoing photo feature of pictures from Bridgeport and throughout the Mountain State is part of local historian Richard "Dick" Duez's collection. Duez, the unofficial historian of Bridgeport, would appreciate any scanned photos emailed to him for use here or to include in his ongoing efforts to preserve local history. You can email photos, or let him know how to acquire copies of photos you may have in your possession, to Duez at dick.do@citynet.net.

I think one of the teams is Liberty. The group far right appears to be (left to right) - Sam Annie, Head Coach Tom Hilton, and Coach Harvey. Mr. Annie was a baseball coach in the 70's and may have started assisting in football after I graduated. I think the gentleman talking to the reporter is from the other team - maybe RW or a visiting team outside the county. He is wearing a different hat, and I would think that Coach Hilton would be the interviewee if it was regarding Liberty.