Time Travel: Indian Football Standouts from the 1950s and J.C. Penney in Downtown Clarksburg in 1962 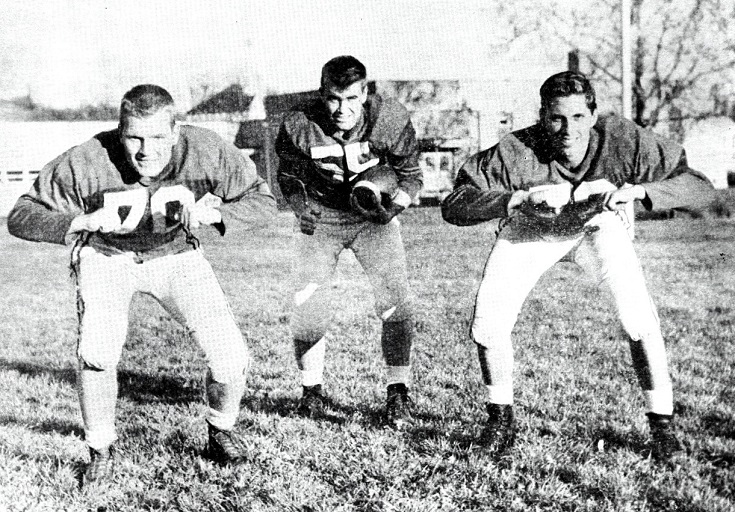 This photo is from the 1950s showing some former Bridgeport High School football players. Do you know who they are and what exact year this might be from? If so, add in the comment section below. 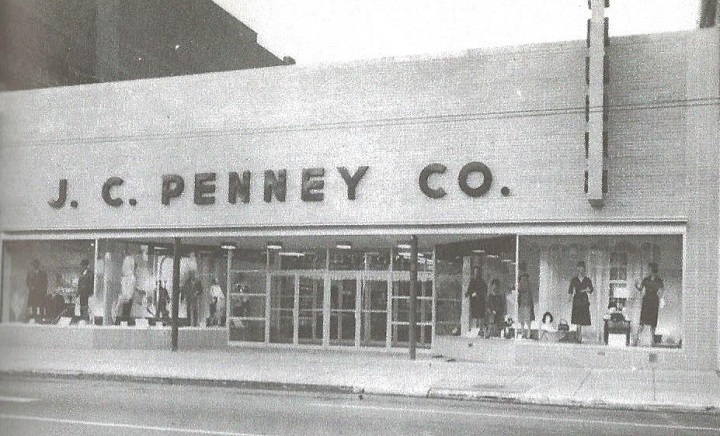 JC Penney has been a decades-long occupant of the Meadowbrook Mall. Before that, however, it was a mainstay in downtown Clarksburg along with many other top-name retailers. This photo was taken in 1962 and is the location of a former Clarksburg shopping area that was known as "The Arcade Building." The Arcade was destroyed by fire.
Editor's Note: This ongoing photo feature of pictures from Bridgeport and throughout the Mountain State is part of local historian Richard "Dick" Duez's collection. Duez, the unofficial historian of Bridgeport, would appreciate any scanned photos emailed to him for use here or to include in his ongoing efforts to preserve local history. You can email photos, or let him know how to acquire copies of photos you may have in your possession, to Duez at dick.do@frontier.com.