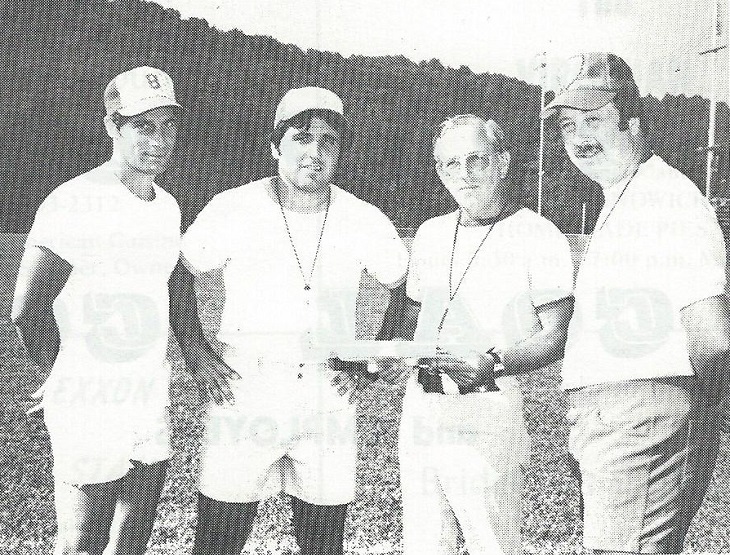 This is a photo of Bridgeport's 1979 coaching staff, a team that went on to win the Class AAA state championship. Shown, from left, are Richard Iaquinta, Al Lanzy, Coach Wayne Jamison, and Tom Brown. 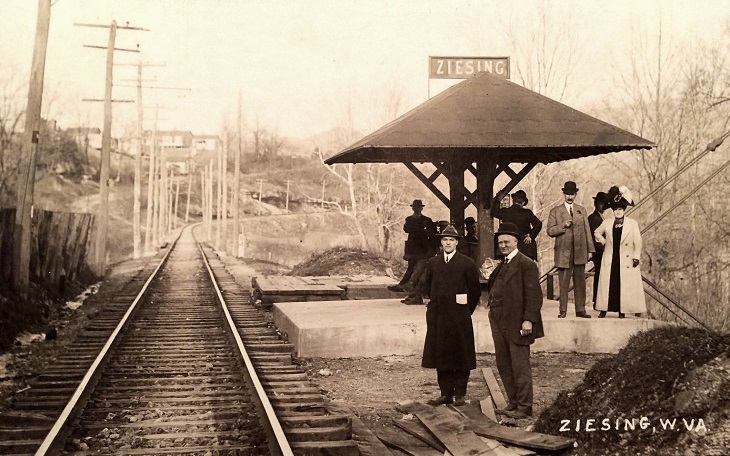 This photo, believed to about 100 years old, shows individuals waiting to board a train in the Ziesing section of Harrison County. For many years, train was one of the primary modes of transportation.
Editor's Note: This ongoing photo feature of pictures from Bridgeport and throughout the Mountain State is part of local historian Richard "Dick" Duez's collection. Duez, the unofficial historian of Bridgeport, would appreciate any scanned photos emailed to him for use here or to include in his ongoing efforts to preserve local history. You can email photos, or let him know how to acquire copies of photos you may have in your possession, to Duez at dick.do@citynet.net.