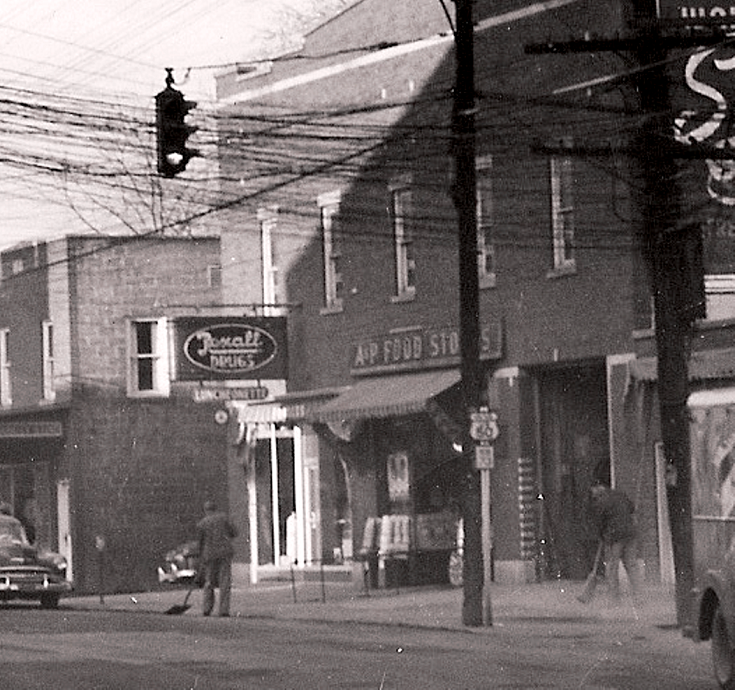 Bridgeport has had plenty of grocery stores in the past, but some may not remember there was an A&P right in the downtown on the corner of Center and Main Street. There is also a Rexall Drugs business next door inside the Peshak and Utt building. This photo is from 1953. 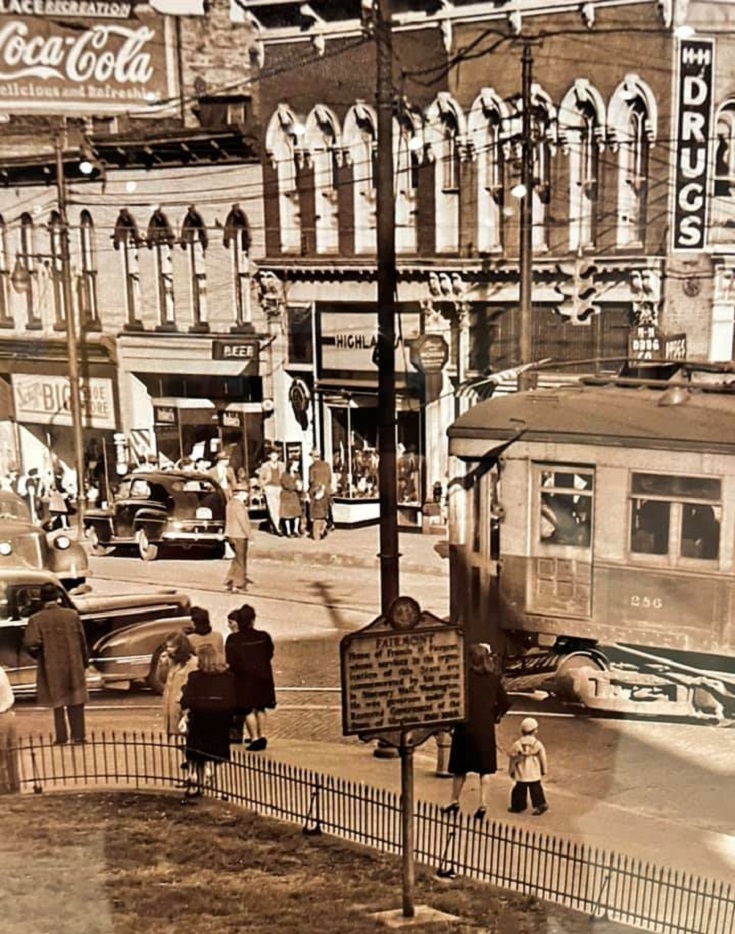 This photo is from the 1940s and it shows a view of the downtown from the courthouse. Notice the streetcar to the right of the photo.
Editor's Note: This ongoing photo feature of pictures from Bridgeport and throughout the Mountain State is part of local historian Richard "Dick" Duez's collection. Duez, the unofficial historian of Bridgeport, would appreciate any scanned photos emailed to him for use here or to include in his ongoing efforts to preserve local history. You can email photos, or let him know how to acquire copies of photos you may have in your possession, to Duez at dickdo@citynet.net.