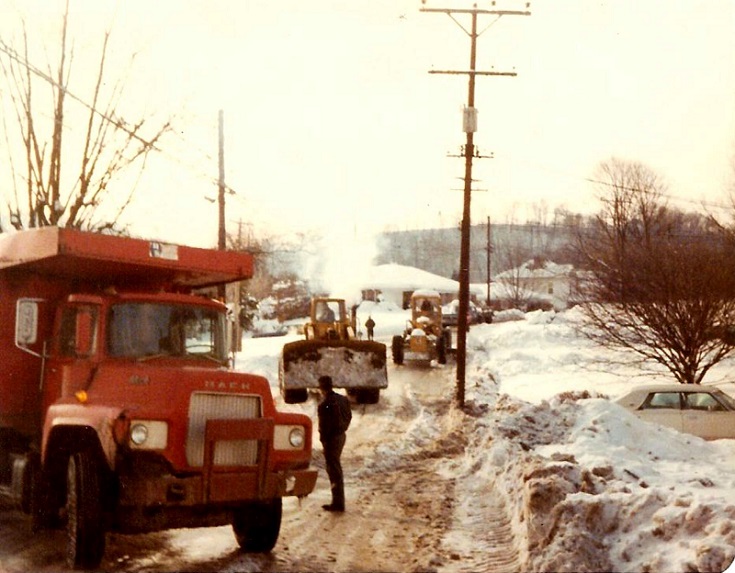 This is a scene from what is believed to be Philadelphia Avenue from 1988 during a massive winter storm. It's the time of the year when this sort of snowfall is once again possible. 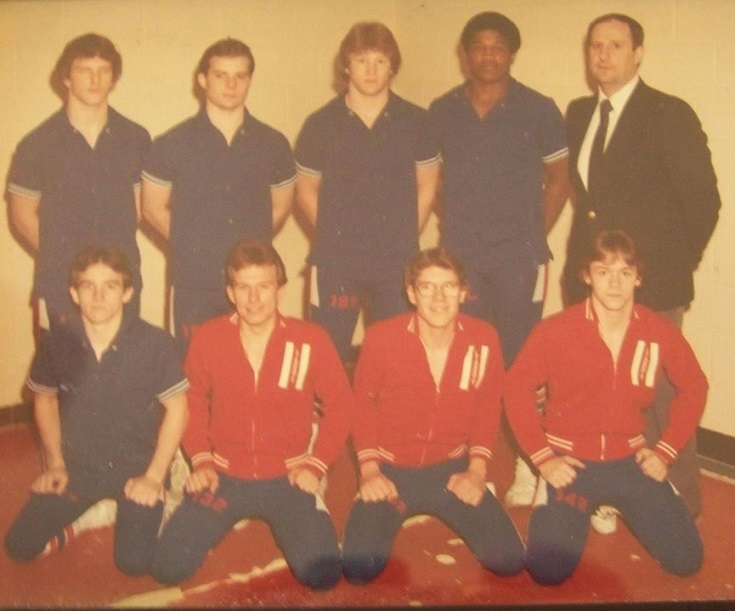 This is a photo of Liberty High School's 1984-85 wrestling squad. If the coach on the far right standing looks familiar, it's because it's current BHS freshman football assistant Coach Tom Hilton.
Editor's Note: This ongoing photo feature of pictures from Bridgeport and throughout the Mountain State is part of local historian Richard "Dick" Duez's collection. Duez, the unofficial historian of Bridgeport, would appreciate any scanned photos emailed to him for use here or to include in his ongoing efforts to preserve local history. You can email photos, or let him know how to acquire copies of photos you may have in your possession, to Duez at dick.do@citynet.net.